Judging from the presence and position of the ctenidia on the abdominal tergites ( Fig. 30 View FIGURES 23 – 30 ), this genus of 12 species is closely related to genus Thrips. As with Stenchaetothrips , the genus represents a group of Old World species each of which is specific to Poaceae . Bolacothrips species have 7 -segmented antennae, but are unusual in having simple sensoria on segments III −IV, whereas these are always forked in species of Thrips and Stenchaetothrips . One Australian species listed previously under this genus (Mound, 1996) lacks abdominal ctenidia, and is here transferred to the new genus above as Aliceathrips australiensis . There is no satisfactory overview of the 12 species of Bolacothrips , and some are not satisfactorily distinguished from each other. Bhatti (1983) provided a checklist of 10 species together with extensive notes on two of these; zur Strassen (1993) described one new species from Cape Verde Islands together with useful comparative notes, and Masumoto & Okajima (2002) described one new species with a key to three species from Japan. One of the 12 species has the body brown (africanus), four have the abdomen yellow with the terminal segments brown (evittatus, eximius, graminis , pulcher ), and the remainder are almost uniformly yellow. All species in this genus apparently breed on grass leaves, and all of them are particularly similar to each other in details of body sculpture and chaetotaxy. 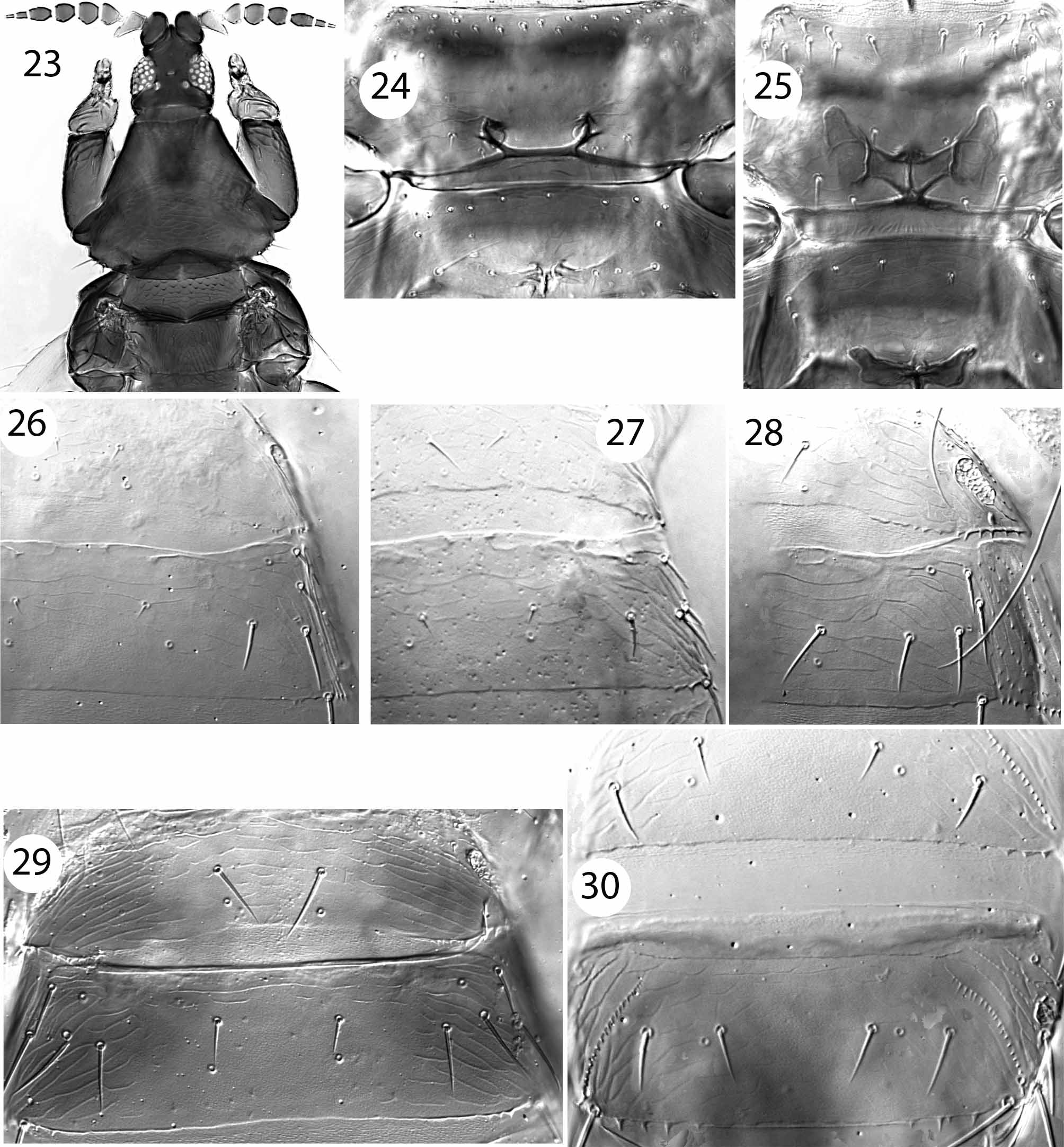