We group tentatively in this assemblage some southern African species of the Mesocutatus lineage with ten antennomeres as H. africanus (Olivier, 1811)   , H. namaquus ( Péringuey, 1909)   and H. quadriguttatus (Wulfen, 1786)   . The taxonomy of this group needs a deep revision.

Remarks. The single specimen we examined is similar to H. africanus   from Western and Northern Cape but the pronotum is more depressed anteriorly, the head and pronotum punctures are more subrugose and confluent, the head, pronotum and ventral setae are longer and distinctly golden. The mesosternum is illustrated in Fig. 16E View FIGURE 16 . The elytral pattern and setation correspond to that of the var. insolita Péringuey, 1909   , which was considered as a possible distinct species by the South African entomologist. The deeply examination of types of both africanus   and var. insolita   is basic to the resolution of this taxonomic problem.

Types. Types of this species were examined at SAMC.

Remarks. Péringuey (1909) used in its monograph of southern African Meloidae   the same name namaqua   for two distinct blister beetles. The first name corresponds to a chromatic variation of H. haemactus   (see above) and consequentlythe, representing only an intraspecific phenetic variation, is taxonomically unvalid. Therefore, the name namaquus   is useful for the second taxon, which was described as distinct species in the genus Decatoma   (a synonym of Hycleus   ) and which is referred to Hycleus   for the first time in the present paper (comb. n.).

The mesosternal “scutum” is very narrow, intermediate between the Mesoscutatus and Mesotaeniatus - type lineages. Antennae have ten black antennomeres, but IV –VI reddish. 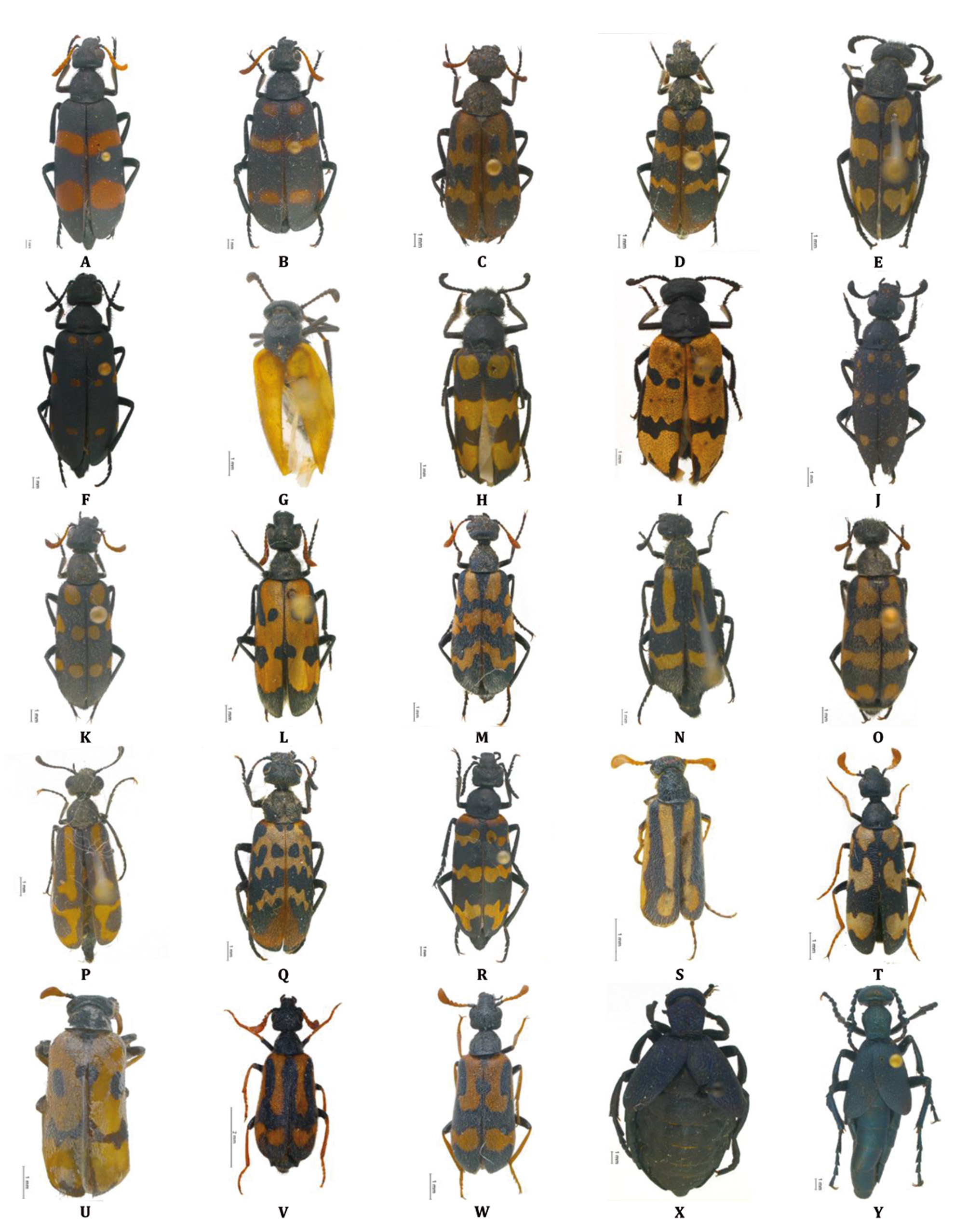 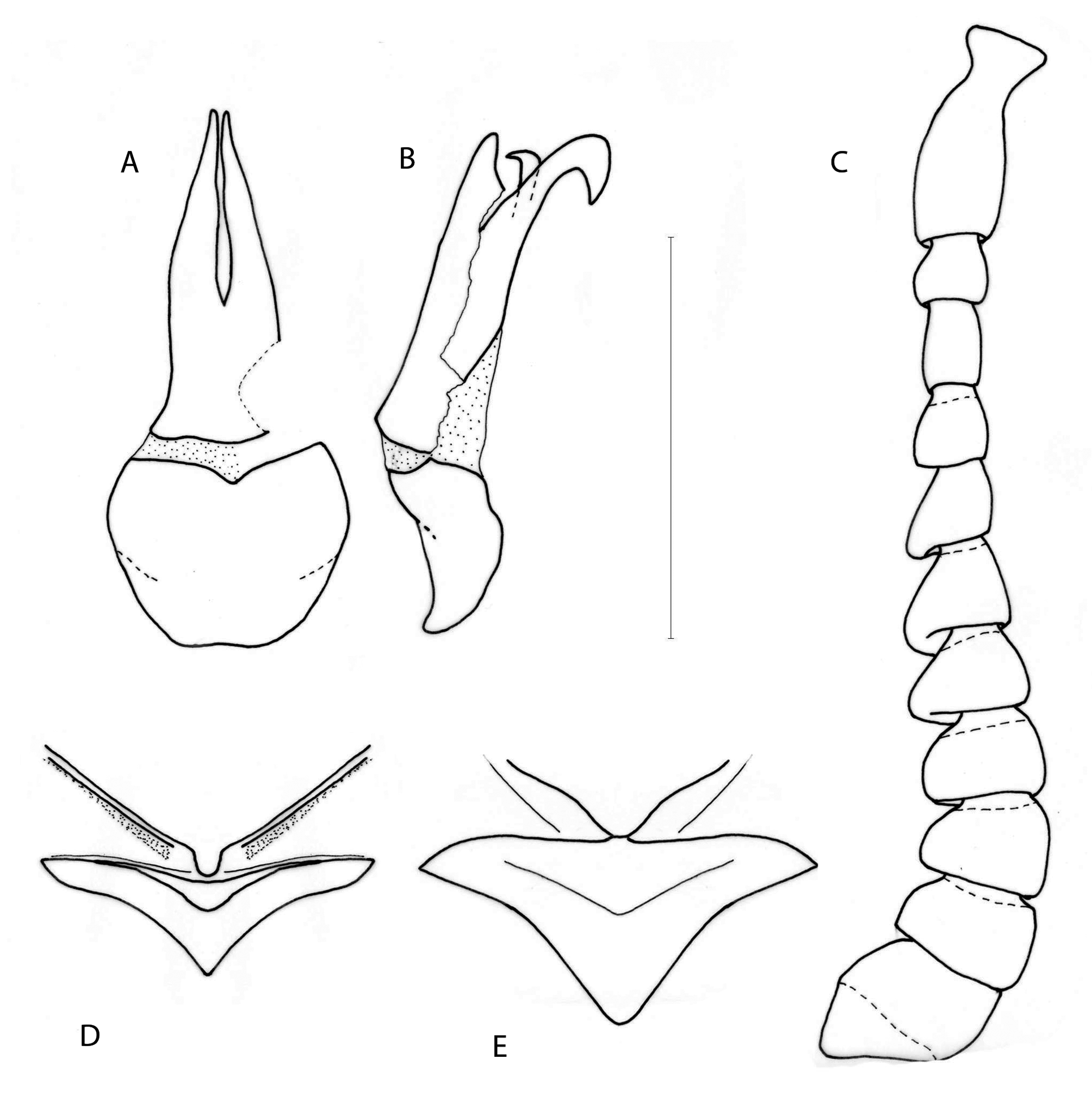