Comments. This species is distinctive in its colouration, being the only member of the I. rufoinclinus speciescomplex with a uniformly red or yellowish-red head and mesosoma and blue iridescence on the gaster. Iridomyrmex rufoinclinus occurs across the entire top end of Australia, from the Kimberley region to south central Queensland, and Shattuck (1993b) states that this species appears to favour woodland. Shattuck (1993b) also reports that workers from the colony from which the type series was taken were foraging throughout the day in a loosely formed column. Observations of other colonies revealed workers would move on to low vegetation. The nest housing ants belonging to the type series was a low, asymmetrical disc of loose soil, and had a single entrance hole. 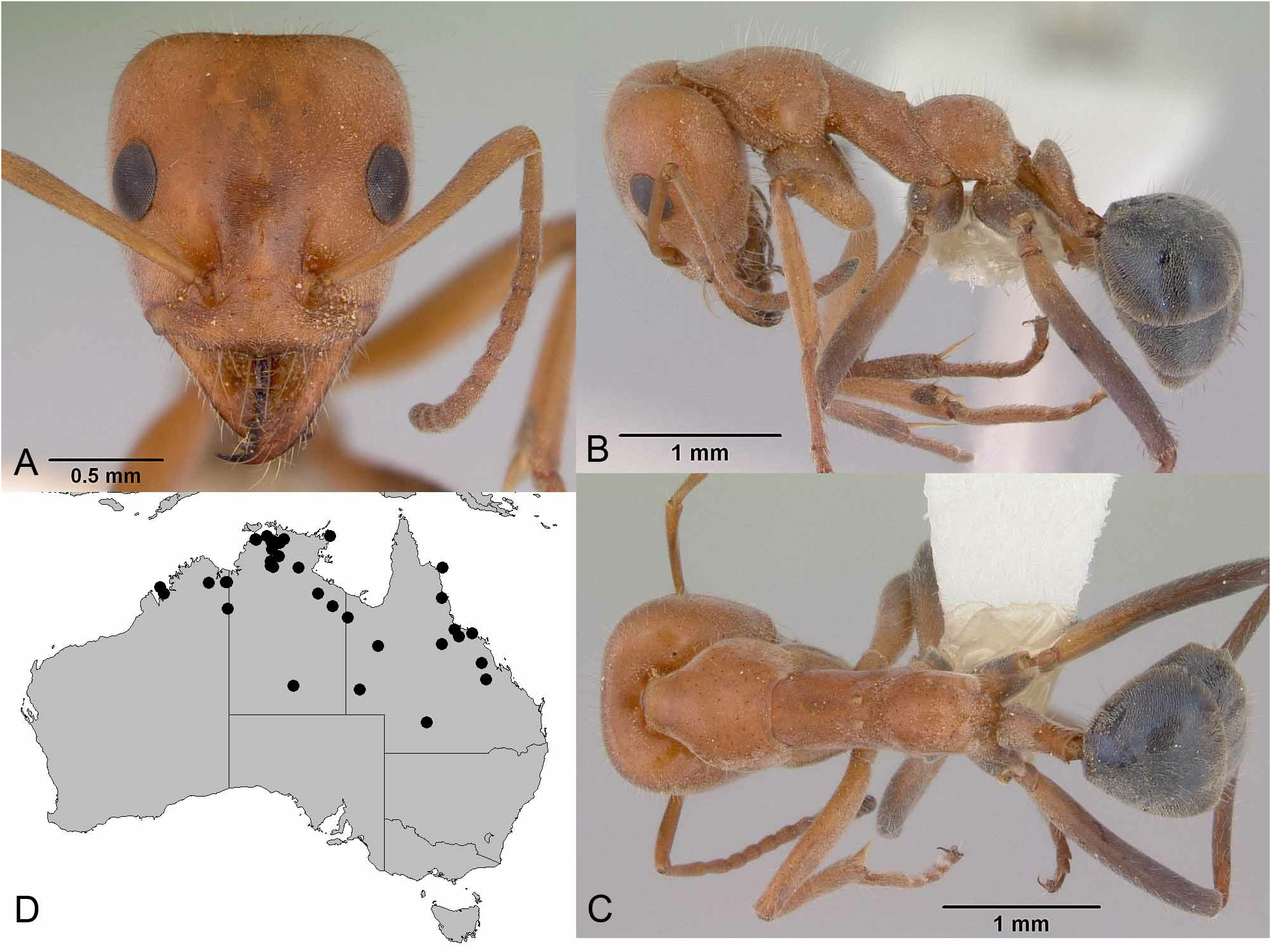