Comments. Although it is by no means very common, I. viridigaster   is the most frequently encountered member of the species complex that bears its name. As understood here, this taxon incorporates I. mimulus   , erected by Shattuck   (1993b), as a junior synonym. Further investigation could reveal that I. anderseni   also belongs to this species. In terms of its critical measurements (e.g., lengths and indices pertaining to the scape and eyes), the I. mimulus   holotype also satisfies the requirements for belonging to the species I. viridigaster   , although its overall dimensions are rather on the small side. Additional workers of I. viridigaster   , not recognised in the earlier study as they were among unsorted accessions, form a size-based continuum that now includes I. mimulus   . Iridomyrmex viridigaster   is a relatively variable member of the complex that bears its name, and the ground colour of the anterior mesosoma can vary from a rich red in the large workers that belong to populations in south-eastern Australia, to a yellowishbrown in workers from populations in the Flinders Ranges. The latter ants also tend to be hairier with erect setae on the sides of the head capsule, but such setae are usually sparse or absent in the redder south-eastern specimens. Ecological data are lacking for this species. 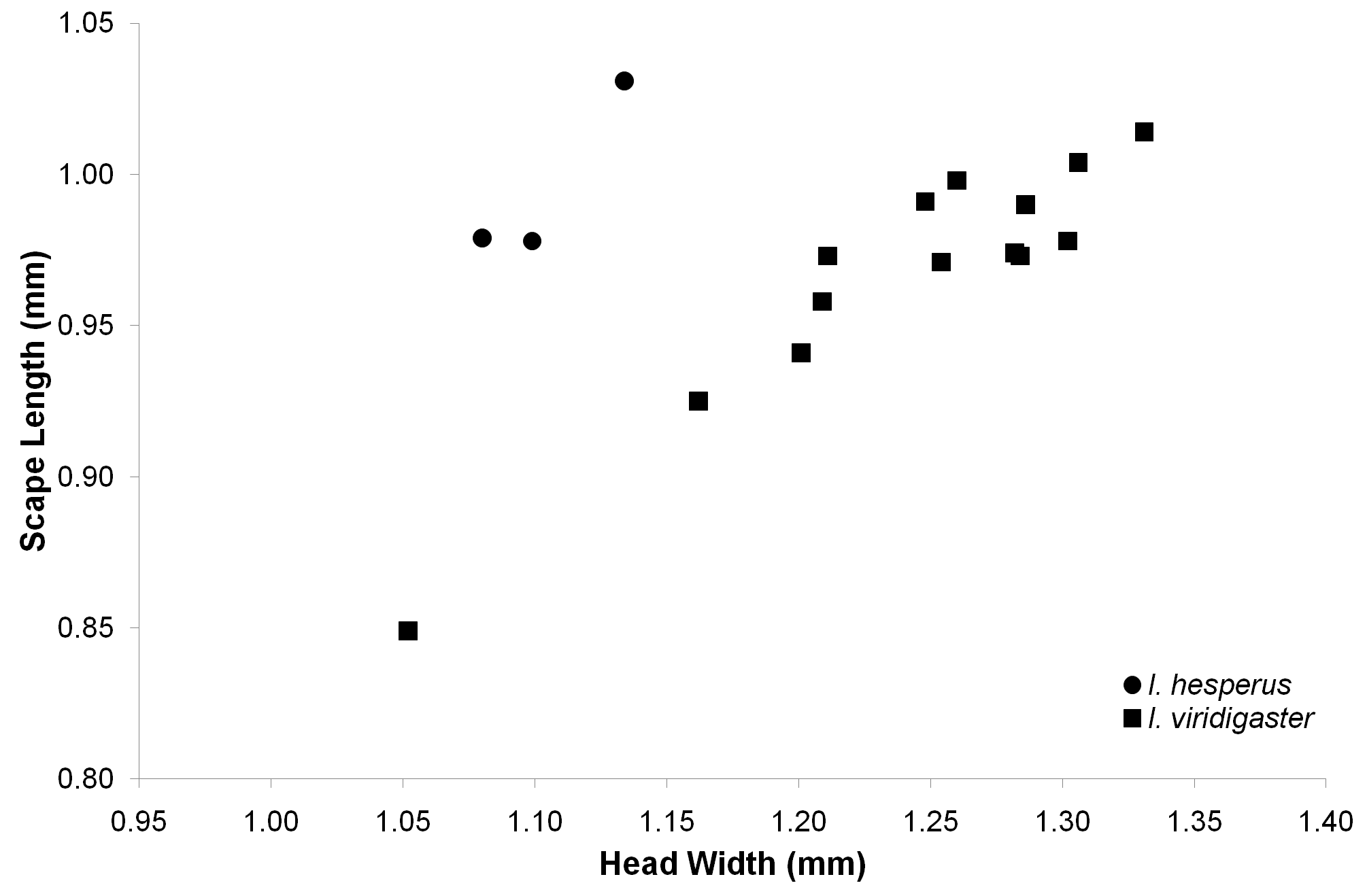 FIGURE 86. Scape length versus head width for I. hesperus and I. viridigaster.