Comments. Yet again this is another nondescript, medium-sized brown ant that is known from very few specimens, although it may prove to be locally common within a limited range. Workers can be identified by a combination of erect setae on the tibiae and genae (but absent from the antennal scapes) and broadly oval head when seen in full-face view. The species is likely to be close to I. anceps   , with which it shares its uniform brown colour and short bristly setae on the mesosoma. All known specimens have been collected in south-east Queensland. Label data indicates that I. curvifrons   tends blue butterfly larvae ( Lycaenidae   : Jalmenus eubulus Miskin   ). One series was also taken from under a rock.

Etymology. Latin: ‘ curvus ’ plus ‘ frons ’, referring to the oval appearance of the head when seen in full-face view. 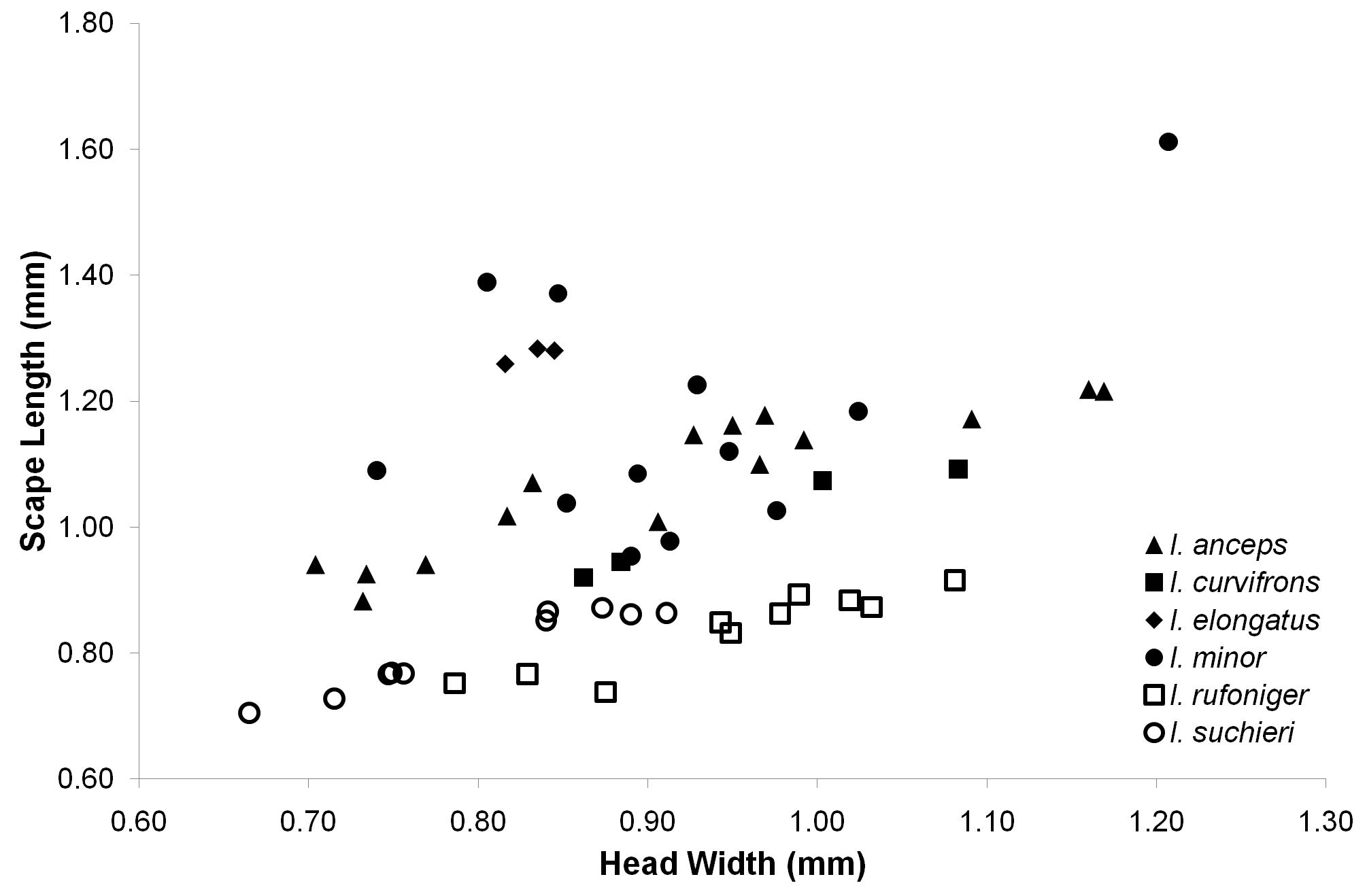