Descriptive notes. Head-body 15.5-18 cm, tail 25-28.1 cm; 60-150 g. Dorsal fur of Alston’s Woolly Mouse Opossum is medium brown, and prominent eye-rings are present. Tail length is ¢.155% of headbody length, and tail has fur on proximal 3-5 cm. Naked part of tail is brown on proximal one-half and white or mottled on the distal one-half. Ventral fur is gray-based buffy to orange. Fur is long and woolly. Feet are pale grayish. Females lack a pouch; they have nine or eleven mammae, four or five on each side, and a medial mamma. Alston’s Woolly Mouse Opossum has a 2n = 14, FN = 24 karyotype, with all biarmed autosomes, and with acrocentric X-chromosome and Y-chromosome. There is no sexual dimorphism in the skull size and shape.

Breeding. Alston’s Woolly Mouse Opossum builds unstructured nests in palms and vine tangles, mostly composed of green leaves. A litter of eleven young has been recorded. Its breeding season is unknown, but juveniles were collected in June, August, and October.

Activity patterns. There is no specific information for this species, but Alston’s Woolly Mouse Opossum is probably nocturnal. 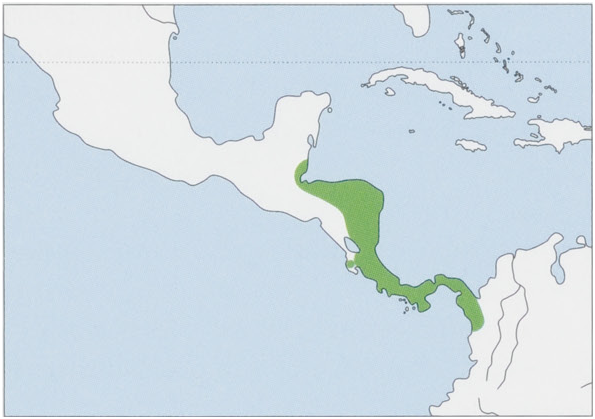