There is considerable genetic divergence among specimens of M. kuns: throughout its wide distribution, and it may constitute a species complex. Monotypic.

Descriptive notes. Head-body 6.2-10.2 cm, tail 3.6-4.5 cm; weight 7-5-30 g. Dorsal and head fur of the Pygmy Shorttailed Opossum is uniformly warm reddish-brown, with no dorsal stripes, mid-rostral stripe, or eye-rings. Tail length is ¢.50% of head-body length, and tail is naked, bicolored, and dark dorsally and buff ventrally. Ventral fur is buff with whitish areas, including throat, chin, and cheeks, and sometimes a white stripe is present. Throat and chest are orange-tinged. Throat gland is present. Furis very short at 3 mm dorsally and 2 mm ventrally. Ears are very short and rounded. Females lack a pouch, and number of mammae is unknown. The Pygmy Short-tailed Opossum has a 2n = 18, FN = 30 karyotype, with eight pairs of biarmed and one pair of acrocentric autosomes, with biarmed Xchromosome and Y-chromosome, which is also described as acrocentric.

Habitat. Open areas and a variety of forested habitats, including Amazonian and Atlantic rainforests, cerrado and Beni savannas, Andean Yungas dry forests, and Dry Chaco woodlands, at elevations below 200 m to 1700 m. Pygmy Short-tailed Opossums have been captured in pristine and disturbed/modified habitats, including cultivated fields.

Activity patterns. The only data available on activity pattern of the Pygmy Short-tailed Opossum is the record of a Bolivian specimen captured between 08:30 h and 16:30 h, suggesting diurnal habits.

Movements, Home range and Social organization. The Pygmy Short-tailed Opossum is probably predominantly ground dwelling because it is frequently captured in trapsset on the ground or in pitfall traps.

Status and Conservation. Classified as Least Concern on The IUCN Red List. The Pygmy Short-tailed Opossum has a wide distribution, is presence in several protected areas, and appears to be tolerant, to some degree, of habitat modification. Nevertheless,it is only known from a few specimens. It has been suggested that the Pygmy Short-tailed Opossum is a widespread species with locally low densities, but it is unclear ifits rarity is due to use of standard trapping methods, because with use of pitfall traps more specimens have been recorded. Numbers of records are still insufficient to estimate population trends. 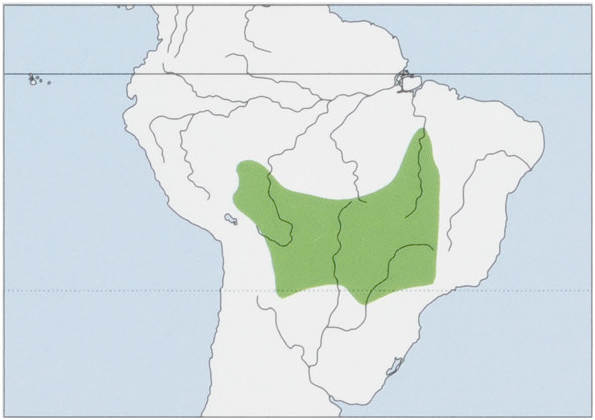