Descriptive notes. Head-body 12.3-18.3 cm (males) and 10.2-14.1 cm (females), tail 7-10.5 cm (males) and 5-5— 8-8 cm (females); weight 49-106 g (males) and 32-63 g (females). The Hooded Redsided Opossum has grizzled gray mid-dorsal fur, contrasting with orange fur on sides of body. Head has broadband of grayish fur on crown between eyes. Sides of face are orange, and there are no eye-rings. Tail length is ¢.55% of head-body length, tail has fur on one-fourth to one-sixth ofits dorsal and ventral length; and naked part oftail is gray. Ventral fur is grayish-orange, with gray-based hairs; it does not contrast with orange body sides. Throatis slightly less washed with orange than rest of venter. Furis longer and denser dorsally (c.8 mm) than ventrally (c.4 mm). Feet are gray, and ears are small and uniformly colored gray and appear naked. Females lack a pouch, but number of mammae has not been reported. The Hooded Red-sided Opossum has a 2n = 18, FN = 20 karyotype, with an acrocentric X-chromosome and a dot-like Y-chromosome; FN = 30 has also been reported. There is sexual dimorphism in skull size.

Habitat. Tropical dry forests, pre-montane humid and very humid forests, and tropical humid forests from sea level up to elevations of 2250 m. There are also records of Hooded Red-sided Opossums in plantations, such as coffee plantations.

Activity patterns. There is no specific information for this species, but the Hooded Red-sided Opossum is reported to be crepuscular.

Status and Conservation. Classified as Least Concern on The IUCN Red List. The Hooded Red-sided Opossum has a wide distribution and presumably a large population; it occurs in several protected areas and is tolerant of some degree of habitat modification. Nevertheless, there is considerable deforestation in its distribution, especially outside of protected areas and at lower elevations that might affect its populations in the future. 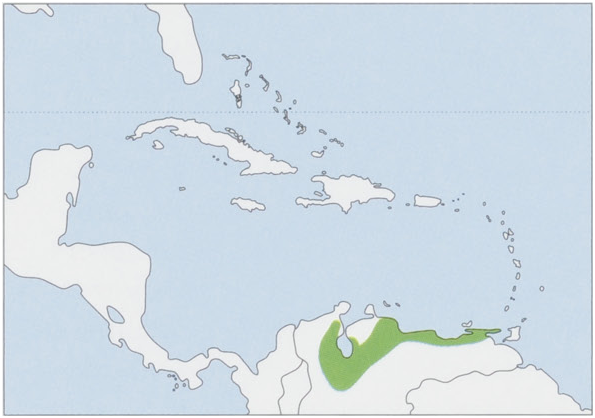