Descriptive notes. Head-body 9.7-15.8 cm, tail 4.5-7 cm; weight 20-60 g. Mid-dorsal fur of Emilie’s Short-tailed Opossum is grizzled gray. Rump, hindlegs, and head from ears forward are rufous or reddish. There are no eye-rings and no stripes on head or back. Tail length is c.45% of head-body length, and tail has fur on one-third or more ofits dorsal and ventral length. Ventralfur is bright violet-pink in live specimens, fading to orange in preserved skins. Forelegs and forefeet are gray or gray-buff. Fur is ¢.7 mm long on rump. Females lack a pouch, and number of mammae in unknown. Emilie’s Short-tailed Opossum has a 2n = 18, FN = 30 karyotype, with seven pairs of biarmed autosomes, one pair of acrocentric autosomes, and with a small biarmed X-chromosome and a small acrocentric Y-chromosome.

Breeding. One female Emilie’s Short-tailed Opossum with attached young was caught in February in the Brazilian Amazon. Females with signs that they had already had one litter were collected in February and September.

Activity patterns. There is no specific information for this species, but Emilie’s Shorttailed Opossums are reported to be nocturnal.

Movements, Home range and Social organization. There is no specific information for this species, but Emilie’s Short-tailed Opossums have been captured exclusively on the ground.

Status and Conservation. Classified as Least Concern on The IUCN Red List. Emilie’s Short-tailed Opossum has a wide distribution, and it presumably occurs in a number of protected areas. Nevertheless, adequate data to properly assess its conservation status are still lacking. 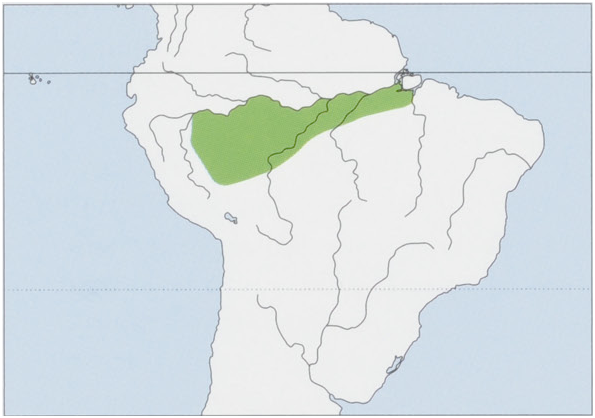