Descriptive notes. Head-body 10-8 cm, tail 6 cm; weight 23 g. Dorsal fur of the Santa Rosa Short-tailed Opossum resembles that of the Gray Short-tailed Opossum ( Monodelphis domestica ); it is uniformly grizzled brownish-gray from crown to rump and paler on body sides. Sides of head are pale reddish. Tail length is ¢.55% of head-body length,tail has fur on proximal 10 mm dorsally and ventrally, and naked rest oftail is distinctly bicolored, dark dorsally, and markedly paler ventrally. Ventral furis pale beige, with gray-based hairs. Ears are small, uniformly colored, probably brownish gray in life, and appear naked. The only known specimen is a female, lacking a pouch; number of mammae cannot be established because teats are not visible. Although a suspension of bone-marrow cells in Carnoy’s fixative from the single known specimen is reported,its karyotype has not been published.

Status and Conservation. The Santa Rosa Short-tailed Opossum has not been assessed on The IUCN Red List because it was described after the last assessment of conservation status of opossums. Conservation status of all opossumsis being reassessed by the IUCN New World Marsupial Specialists Group, but it will not be possible to evaluate the status of the Santa Rosa Short-tailed Opossum based on a single, recently collected specimen. 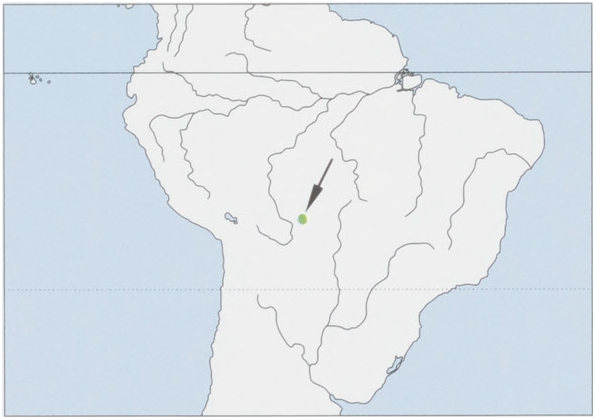