Descriptive notes. Head-body 18:8-23.9 cm, tail 20.9-25.5 cm; weight 284 g. Massoia’s Lutrine Opossum is smaller than the congeneric Big Lutrine Opossum ( Lutreolina crassicaudata ), and its dorsal fur is uniformly colored brownish-olive. This color extends onto head, which lacks facial markings such as mid-rostral stripe, eye-rings, or supraocular spots. Rostrum is short and sooty black from nose to near eyes. Body sides are colored like dorsum, but dark olive-buff hairs are more abundant than on dorsum. Tail is thick, about the same length as head-body length, and is covered dorsally and ventrally on proximal one-third with fur the same color as dorsal fur, or slightly more cinnamon. Rest oftail is sooty black except for distal 15 mm, which is yellowish-orange. Ventral fur is orange-cinnamon from cheeks and throat to anus and on insides of legs. Fur is short. Legs are short and stout. Forelimbs are dark olive-buff on front and colored like dorsum posteriorly, and forefeet are dark brown, darker than dorsal fur. Hindfeet are the same color as dorsum. Ears are brown, short, rounded, and slightly furred. Females have a pouch, but number of mammae is unknown. Karyotype of Massoia’s Lutrine Opossum is unknown.

Habitat. Habitats with dense ground cover and associated with water, including marshes, swamps, or permanent watercourses at elevations of 450-2000 m.

Activity patterns. There is no specific information available for this species, but Massoia’s Lutrine Opossums are either nocturnal or crepuscular.

Movements, Home range and Social organization. Massoia’s Lutrine Opossums are considered to be good climbers and swimmers. Home ranges were estimated at 0-07-0-95 ha in Tucuman.

Status and Conservation. Massoia’s Lutrine Opossum has not been assessed as a distinct species on The IUCN Red List, because at the time of the last assessment it was considered to be conspecific with the Big Lutrine Opossum. Conservation status ofall species of opossums is being reassessed by the[IUCN New World Marsupial Specialists Group. Massoia’s Lutrine Opossum is endemic to the Yungas forests, which are under intense human pressure, resulting in high levels of fragmentation that could represent a conservation threat. Nevertheless, they are frequently captured and occur in several national parks in Argentina (Calilegua, Bariti, and El Rey) and other protected areas. 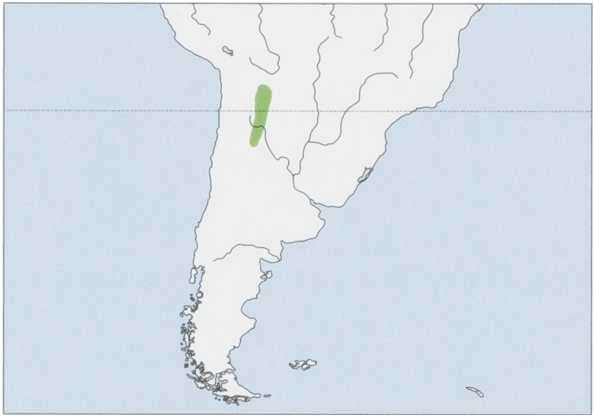