Thereis strong evidence that it may be a complex of species, and the actual C. agricola is probably more restricted in its distribution and endemic to the caatinga. Pending a formal revision, however, all information from specimens currently identified as C. agricolai are reported here. Monotypic.

Descriptive notes. Head-body 7.4-9.5 cm, tail 9-11.4 cm; weight 18 g. Dorsal fur in Agricola’s Opossum is grayish or cinnamon brown. Head crown is similar in color to dorsum and extends as a narrow mid-rostral stripe to nose, with narrow eyerings that do not reach nose or bases of ears and contrast with cheeks and facial fur, which are paler than dorsum. Tail length is ¢.120% of head-body length. Ventral fur is whitish or buffy, with inconspicuous gray base, paler on chin and throat. Furis short. Forefeet and hindfeet are whitish, and carpal tubercles are present in old males. Females lack a pouch, but number of mammae is unknown. Agricola’s Opossum has a 2n = 14, FN = 24 karyotype, with all biarmed autosomes, and with a biarmed X-chromosome and an acrocentric Y-chromosome.

Habitat. Open and xeric habitats (caatinga and cerrado) and also found in owl pellets in transition areas between caatinga and Northern Atlantic Forest. The type specimen of Agricola’s Opossum was collected in a sugarcane field. In the caatinga, specimens have been collected in steppe savanna under the influence of agricultural activities. In cerrado, it prefers more open than forested habitats.

Movements, Home range and Social organization. In a woodland savanna, Agricola’s Opossums were captured on the ground or in understory. Several specimens from the caatinga and cerrado were captured in pitfall traps, suggesting ground-dwelling habits.

Status and Conservation. Classified as Data Deficient on The IUCN Red List. There are very few confirmed records of Agricola’s Opossums (although scattered over a wide area), and little is known aboutits status and habitat requirements. There are several protected areasin its distribution, but there are no confirmed records ofits presence in these areas. Cerrado and caatinga are under strong pressure: the former for conversion to agriculture, mostly for soy plantations, and the latter due to deforestation for coal production and cattle ranching. It is very likely that, as currently understood, Agricola’s Opossum represents a complex of species, and each of these species will need to be properly assessed individually after formal recognition. 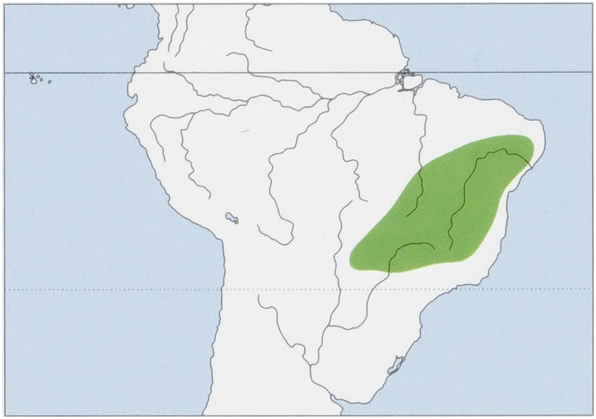