Descriptive notes. Head-body 9-10 cm, tail 13-15 cm; weight 18 g. The Wood Sprite Opossum has dark reddish-brown dorsal fur, with several conspicuous guard hairs on rump, giving it a somewhat frosted appearance. Fur between eye-rings is slightly paler. Tail length is ¢.150% of headbody length, and tail is faintly bicolored, brown dorsally and paler ventrally. Ventral fur is gray-based, dull rufous or brownish, with a whitish patch on chest. Ventral fur does not contrast with dorsal fur and actually merges gradually and imperceptibly with it. Fur is long, dorsally and ventrally (c.10 mm on dorsum), and silky. Feet are whitish, and lateral carpal tubercles are present in old males. Females lack a pouch, but number of mammae is unknown. Karyotype of the Wood Sprite Opossum is unknown. There is no sexual dimorphism in the skull size and shape.

Movements, Home range and Social organization. There is no specific information available for this species, but the Wood Sprite Opossum seems to use ground and arborealstrata equally.

Status and Conservation. Classified as Near Threatened on The IUCN Red List. This classification for the Wood Sprite Opossum is mostly because ofits patchy occurrence within a relatively restricted distribution and extensive habitat loss that could result in population declines. Major conservation threats are deforestation and fragmentation, caused by human settlements and farming activities at elevations close to where it occurs. 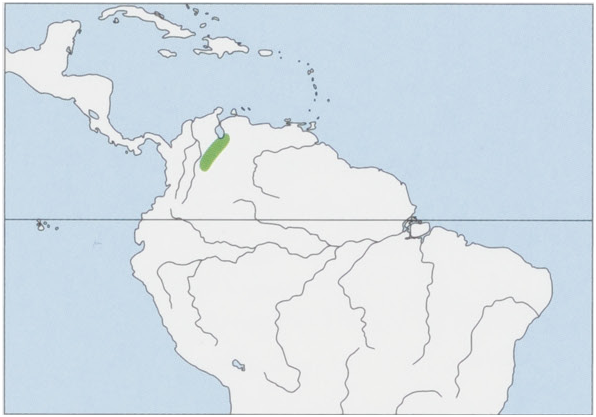