Descriptive notes. Head-body 10.4-11.6 cm,tail 15.1-16.9 cm; weight 25-33 g. The Pantepui Slender Opossum has dark brown dorsal fur and paler fur on body sides. Head is colored as dorsum on crown and is slightly paler between eyes. There are dark eye-rings but no mid-rostral stripe. Tail length is ¢.150% of head-body length, and tail is darker dorsally and paler ventrally, especially in proximal region. Ventral fur is whitish on tip of chin around mouth and on scrotum, contrasting with body sides, and gray-based on throat, chest, and abdominal region. Males have carpal tubercles. Females probably lack a pouch, but no females have been examined so number of mammae is unknown. Karyotype of the Pantepui Slender Opossum is unknown.

Movements, Home range and Social organization. Most specimens were trapped at ground level or in traps set in understory at heights of 2 m or less.

Status and Conservation. The Pantepui Slender Opossum has not been assessed on The IUCN Red List because it was described very recently. Conservation status of all opossumsis being reassessed by the IUCN New World Marsupial Specialists Group. 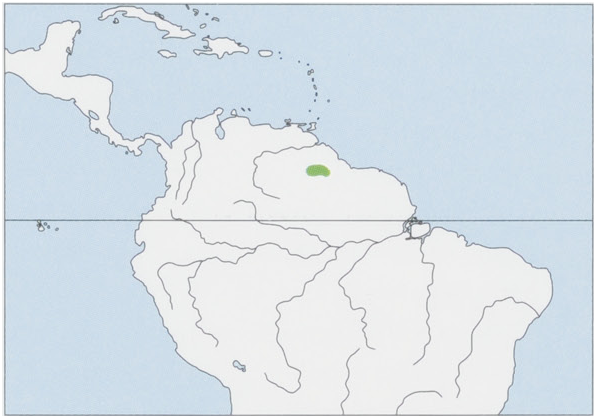