Descriptive notes. Head-body 10.4-12.2 cm, tail 12:9-14.9 cm; weight 21-29-5 g. Dorsal fur of Handley’s Slender Opossum is dark brown to chestnut brown, with gray-based hairs; body sides are slightly paler. Head is same color as dorsum; mid-rostral region is slightly paler. There is no mid-rostral stripe between blackish eye-rings, which do not reach nose or bases of ears. Cheeks are creamy-buff. Tail length is ¢.125% of head-body length, and tail is bicolored, dark gray dorsally, paler ventrally, and sometimes paler distally. Ventral fur is gray-based whitish or buffy from chin to anus. Throat gland is apparently absent. Fur is slightly woolly. Ears are pale gray or white at bases and darker at tips. Female Handley’s Slender Opossums lack a pouch and have seven mammae, three on each side and a medial mamma. Karyotype is unknown.

Habitat. Pre-montane wet forest at elevations of 1400-1950 m. Handley’s Slender Opossum has been captured in small and mid-sized secondary forest fragments surrounded by cattle pastures and agricultural fields. Plants in its habitat included abundant epiphytes and species from the families Arecaceae (palms), Araceae , and Piperaceae .

Movements, Home range and Social organization. The few known specimens of Handley’s Slender Opossum were captured in traps set on the ground or in pitfall traps, suggesting that it regularly uses the ground.

Status and Conservation. Classified as Critically Endangered on The IUCN Red List. Handley’s Slender Opossum was, until recently, known from only two specimens in a very small area of suitable habitat and had not been recorded in any surrounding areas. The type locality and surrounding areas are threatened by conversion of forest habitat to agriculture and pasture, and there are no records from protected areas. After the recent collection and report of seven additional specimens from three additional localities, it has been suggested that Handley’s Slender Opossum should be reclassified as Endangered based on its extent of occurrence and area of occupancy. Its status will be reassessed, with the status of all other opossums, by the [UCN New World Marsupial Specialists Group. 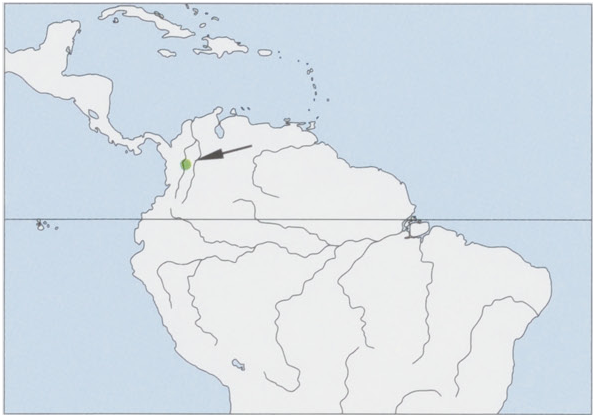