Distribution. E Bolivia (La Paz), where it is known only from three localities close to each other. View Figure

Descriptive notes. Head-body 11.4-14 cm, tail 15-17.7 cm; weight 32-54 g. Creighton’s Slender Opossum has rich chocolate-brown dorsal fur. There is no mid-rostral stripe. Blackish eye-rings do not reach nose or bases of ears. Tail length is c.130% of head-body length. Tail has fur on proximal 10 mm, and naked part oftail is dark grayish basally (both dorsally and ventrally) and indistinctly bicolored (dark dorsally and pale ventrally) for at least one-half ofits length. Tip of tail is entirely white. Ventral fur is gray-based paler brown, with no contrast with body sides or dorsum on chest and abdominal region. Chin and occasionally throat are white, but there is no whitish or cream-colored chest or abdominal fur. Weakly developed chest gland is present. Feet are brownish, contrasting with fingers, which are whitish, and males have lateral carpal tubercles. Ears are dark and naked. Females lack a pouch and have nine mammae, four on each side and a medial mamma. Karyotype of Creighton’s Slender Opossum is unknown.

Habitat. Humid montane forests, with mosses, lichens, ferns, and other epiphytes on most trees, at elevations of 2000-3000 m. Within these montane forests, Creighton’s Slender Opossums use relatively undisturbed second-growth cloud forest dominated by bamboo, second-growth forest with patches of undisturbed natural forest, and disturbed forest with vines, bamboo, grasses, moss, and ferns on the ground.

Movements, Home range and Social organization. Creighton’s Slender Opossums have been trapped on the ground or on lower branches, suggesting that they mainly use the ground and understory.

Status and Conservation. Classified as Data Deficient on The IUCN Red List. There is an absence of information on extent of occurrence, population status, and ecological requirements of Creighton’s Slender Opossum. Subsistence farming occurs within its distribution, especially at elevations of 1600-1800 m, but it is protected in Cotapata National Park, Bolivia. 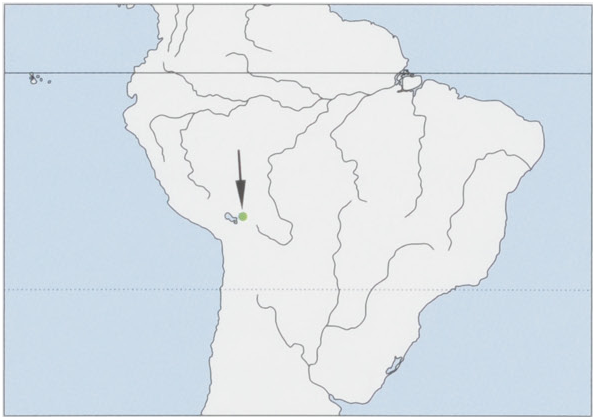 Distribution. E Bolivia (La Paz), where it is known only from three localities close to each other.