Top of head is the same color as dorsum, but fur is paler between eye-rings. There is no mid-rostral stripe. Eye-rings do not reach ears or nose and contrast with pale cheeks. Tail length is ¢.140% of head-body length. Tail is bicolored, paler ventrally than dorsally and paler distally than proximally, and usually distal one-third or more is completely pale. Ventral fur is cream, with no distinct lateral band of gray-based hairs. Throat gland is usually absent. Feet are whitish, and males have lateral carpal tubercles. Ears are large and furred at bases. Females lack a pouch and have 13 mammae,six on each side and a medial mamma. Karyotype of the Spectacled Slender Opossum is unknown. Males seem larger than females, and skull size is sexually dimorphic.

Habitat. Relatively arid lowland deciduous forests in Bolivia and semi-deciduous forests in a transition area between the cerrado region and the Amazonia in Brazil. The Spectacled Slender Opossum does not occur in the center of the Pantanal, butit does occur in adjacent, non-flooded habitats.

Food and Feeding. There is no specific information available for this species, but the Spectacled Slender Opossum apparently feeds mainly on insects.

Activity patterns. There is no specific information available for this species, but the Spectacled Slender Opossum is probably nocturnal.

Status and Conservation. Classified as Least Concern on The IUCN Red List. The Spectacled Slender Opossum has a wide distribution and presumably a large overall population. It occurs in several protected areas and is tolerant of habitat modification. 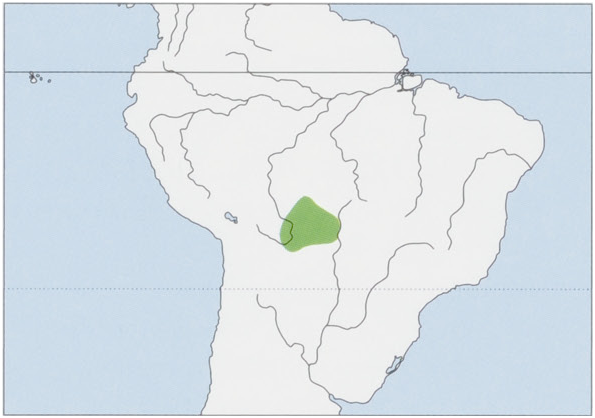