Etymology. Named in honour of Wilhelm Brandt, an exceptional lepidopterist who spent many months collecting moths in Papua New Guinea. His extensive and beautifully preserved collection, housed in ANIC, contains many species that have never been collected before or since, and includes the holotype of Paranigilgia brandti  sp. nov.

Diagnosis. Paranigilgia brandti  sp. nov. is similar to P. m o ro s a and P. m a r i a n n a e sp. nov. It can be distinguished from P. m o ro s a by its smaller size (alar expanse 20 mm in male P. m o ro s a); the color of the palpus, vertex, and thorax (greenish silvery in P. m o ro s a, vertex coppery); the color of the legs (tarsi ochreous in P. morosa  ); and details of the forewing markings (black inner fasciae of equal width and black subapical streak along the costa divided by two minute white transverse lines in P. m o ro s a). P. mariannae  sp. nov. differs from P. brandti  sp. nov. as follows: labial palpus wider and shinier, fore-coxa and femur with numerous individual bright white scales, patagia coppery metallic throughout (lacking white patch ventro-laterally), and posterior margin of the hindfemur white. Furthermore, in P. mariannae  sp. nov. the base of the forewing lacks the extensive black area and does not connect to the black patch near the base of the posterior margin, and the black spot at the forewing costa at 2 / 3 does not extend into a well-developed black fascia.

Remarks. P. brandti  sp. nov. was initially misidentified as P. m o ro s a, which was described from Buru Island ( Moluccas) (Kallies 2004). Closer examination of the holotype of P. m o ro s a, however, revealed that it differs significantly from the species described above. Most specimens of P. brandti  sp. nov. were collected in November at light in primary tropical forest in West Papua ( Indonesia) at an altitude of 745 m; the specimen from New Britain ( Papua New Guinea) was caught between the end of June and mid September at more than 1000 m. 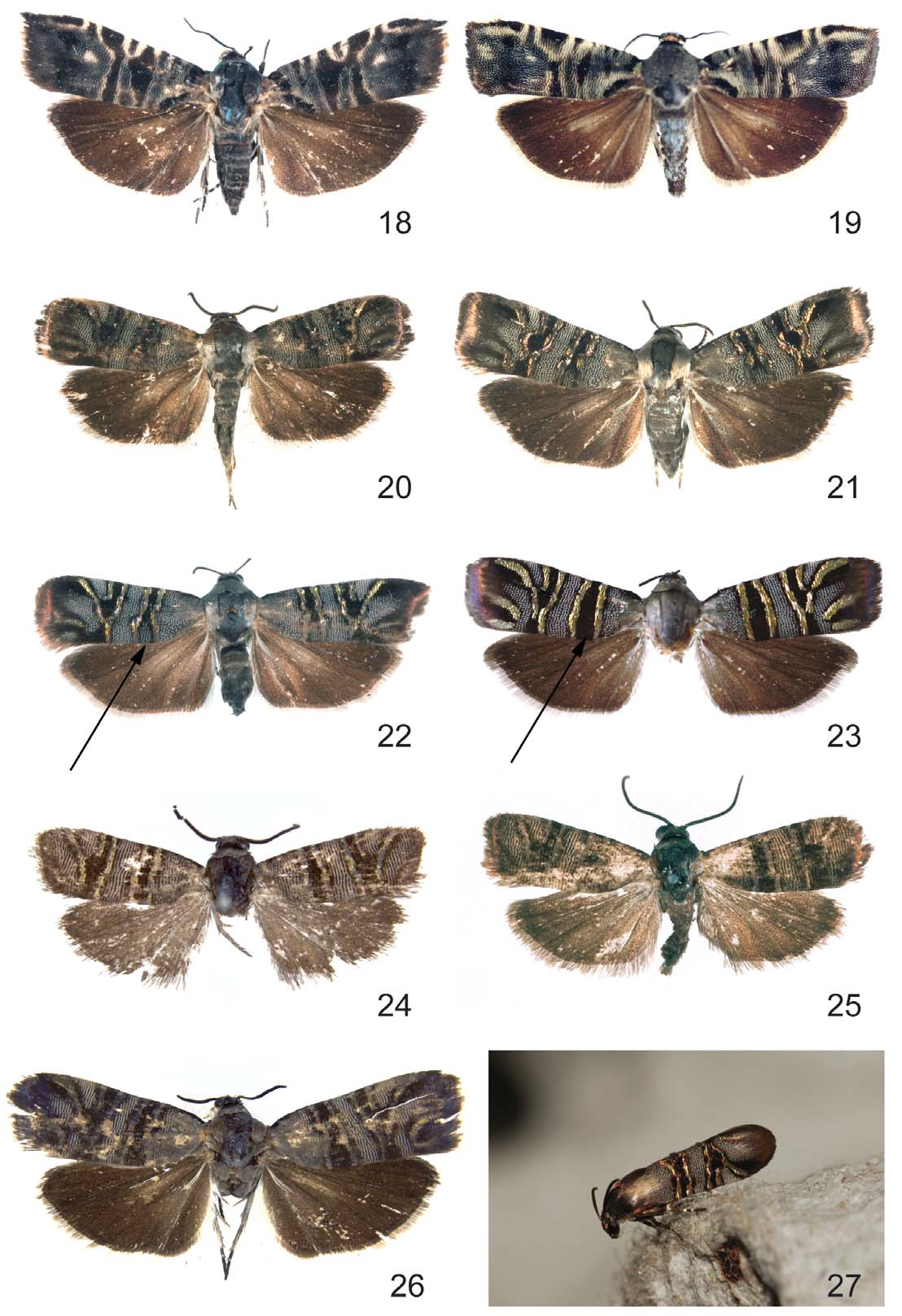 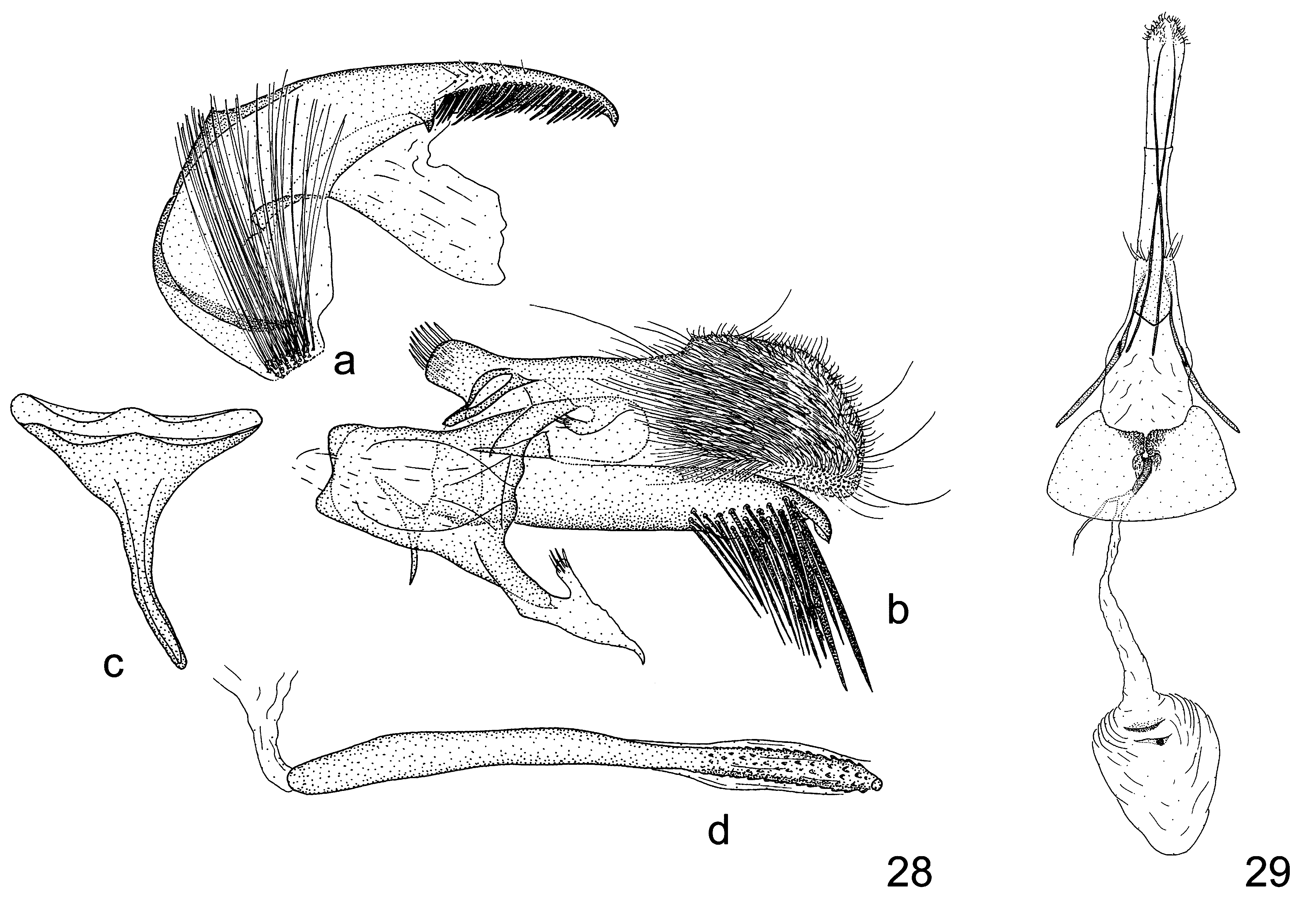