Diagnosis. The new species closely resembles Helicopsyche (F.) planorboides   by the overall shape of tergum X, the racket-like inferior appendages as viewed laterally and the finger-like elongated basomesal lobes. However, H. (F.) luziae   sp. nov. can be distinguished from H. (F.) planorboides   by the absence of an apicoventral projection on each inferior appendage and by the tab-like basal plate, which is rounded in the second species. Also, the new species can be distinguished by the short midlength projection on tergum X (almost hidden in lateral view), which is robust and spine-like as viewed dorsally but tab-like in lateral view in H. (F.) planorboides   .

Etymology. This species is named for Luzia Woman, an upper paleolithic period skeleton that was found in a cave in Brazil in 1975 by the French archaeologist Annette Laming-Emperaire. At about 11,500 years old, she was believed to be the oldest human skeleton found in the Americas. The Luzia skull was on display in the public exhibition of the Museu Nacional. 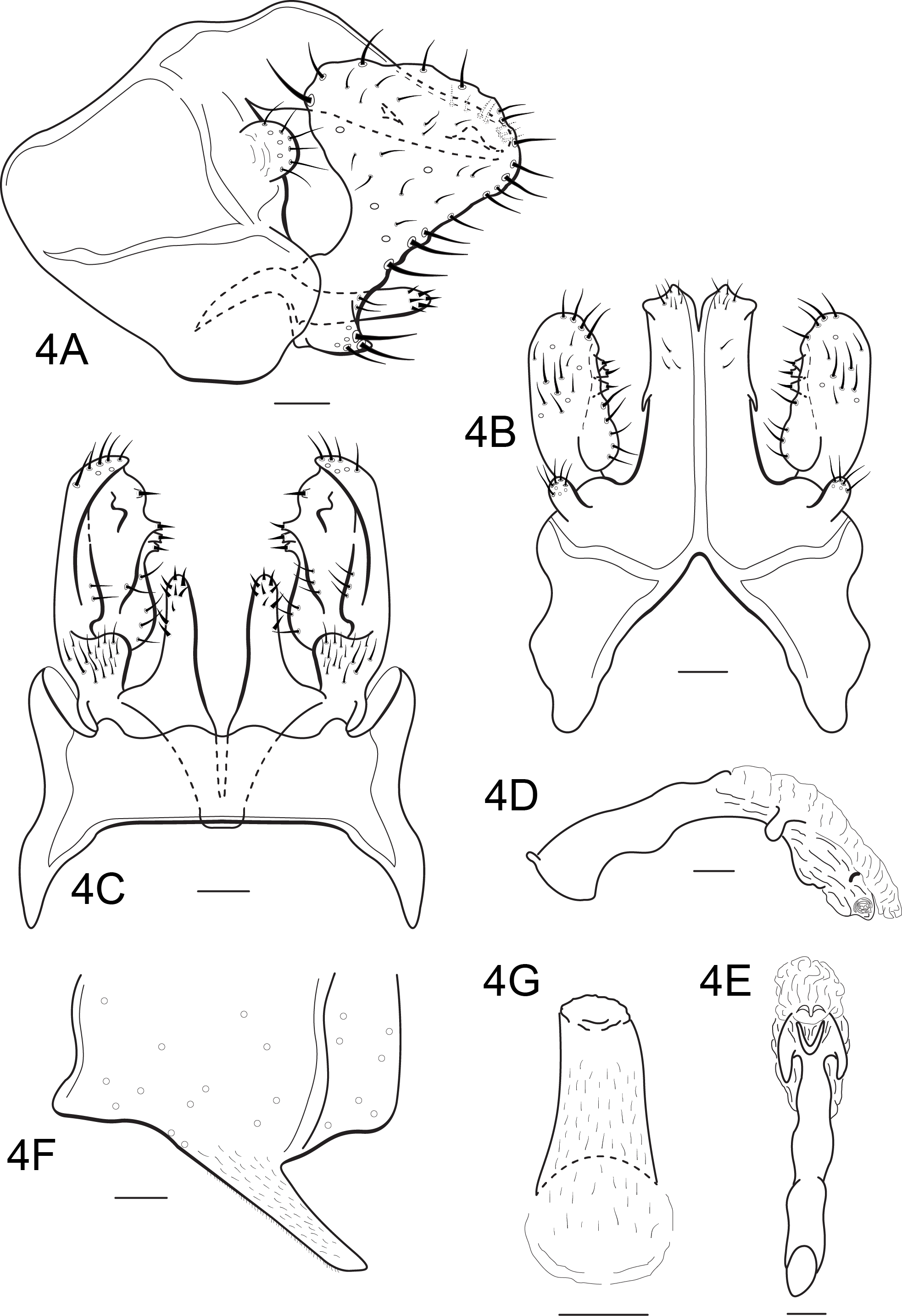