The live sponge is irregularly massive, lobate, with oscules either flush with the surface or opening upon mounds ( Fig. 13 View Fig A–C). The color of the surface is brown while the body is blueish. The samples preserved in alcohol are ochre with an uneven surface, in some parts microhispid. The consistence is firm and slightly compressible.

To date, 20 species belong to the genus, three of which have records in the Atlantic Ocean ( Table 1 View Table 1 ), while for Theonella ferruginea Haeckel in Zittel, 1878   the type locality is unknown ( Van Soest et al. 2019).

The original description of T. conica   is concise and no spicule measurements are given; the species was described from Halmahera, Indonesia, but records in the Indian Ocean and Red Sea are numerous ( Van Soest et al. 2019). The material examined fits with the published descriptions of this species. In particular T. conica   is described by Ilan et al. (2004) with strongyles, but no tylotes, and with straight acanthorhabds. They also underlined that the color of the internal part of this species is deep blue. Moreover, Lévi (1958) described T. conica   from the Red Sea with spicules, fitting in shape and size with the present samples. In the examined specimens, very few desmas have been detected; they can be considered as rare spicules, not always produced by the sponge, as Thiele (1900) reported these spicules as being not numerous and scattered. 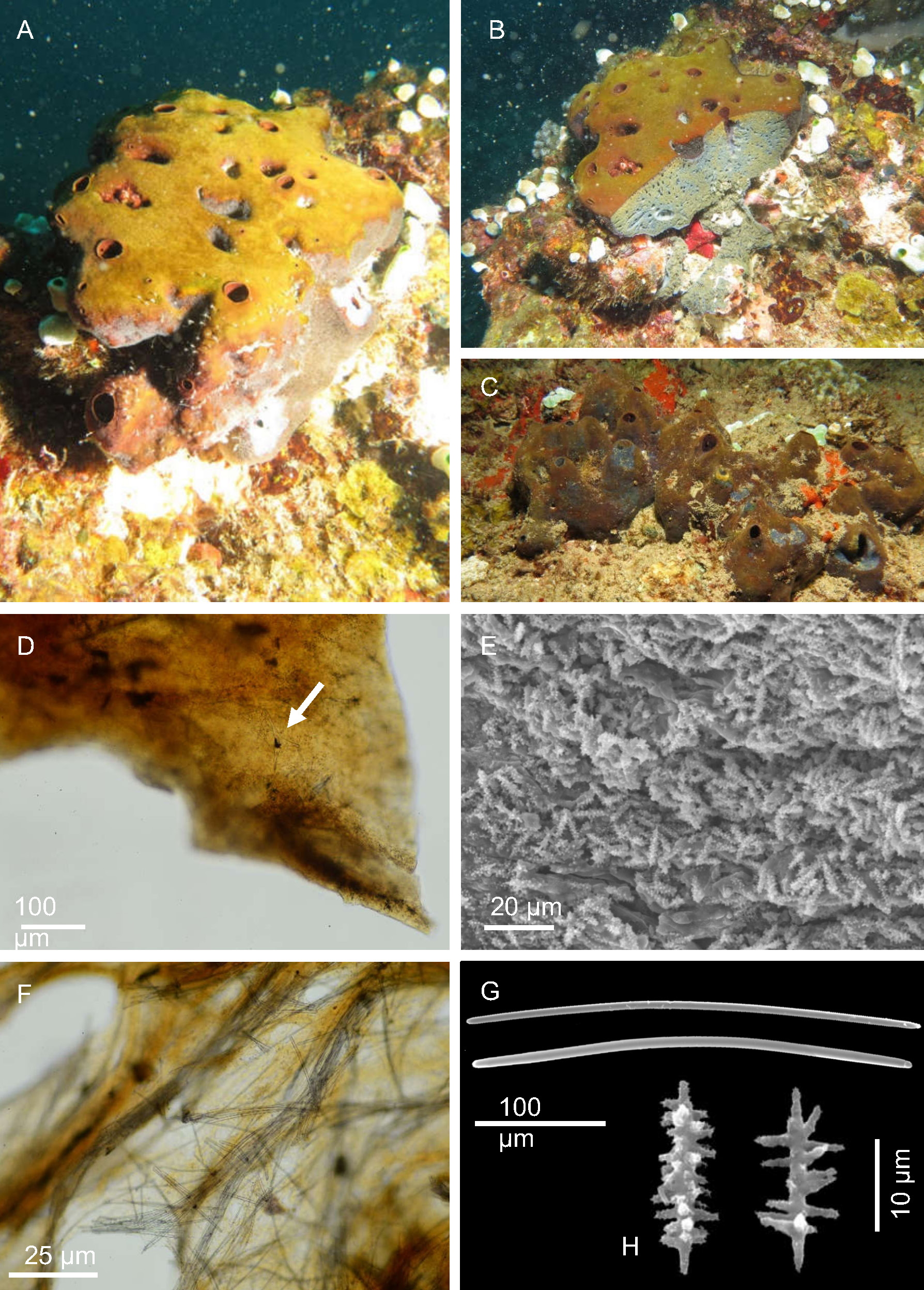