The live sponge is arborescent, with flattened branches often anastomosing ( Fig. 9A View Fig ); oscules are numerous and concentrated on the upper margin of the branches ( Fig. 9A View Fig ). Light purple in vivo, the specimen conserved in alcohol is pale yellow; the surface is smooth, the consistence is firm and elastic. The preserved sample consists of two small fragments; the biggest being a small branch about 4 cm long and 1.5 cm thick.

Out of 57 species of the genus Amphimedon   , 30 are recorded in the Indo-Pacific Ocean ( Van Soest et al. 2019). The examined specimen fits with A. brevispiculifera   described from the Gulf of Manaar. They share the same general morphology, disposition of the oscules and the short dimension of the spicules (100 × 5.5 μm); the species name “ brevispiculifera   ” means ‘with short spicules’. All the other species of Amphimedon   in the Indo-Pacific Ocean are characterized by longer oxeas.

This species was previously known only from South India and Sri Lanka ( Laccadive Sea); thus, it is the first record since its original description and a new record for the studied area. 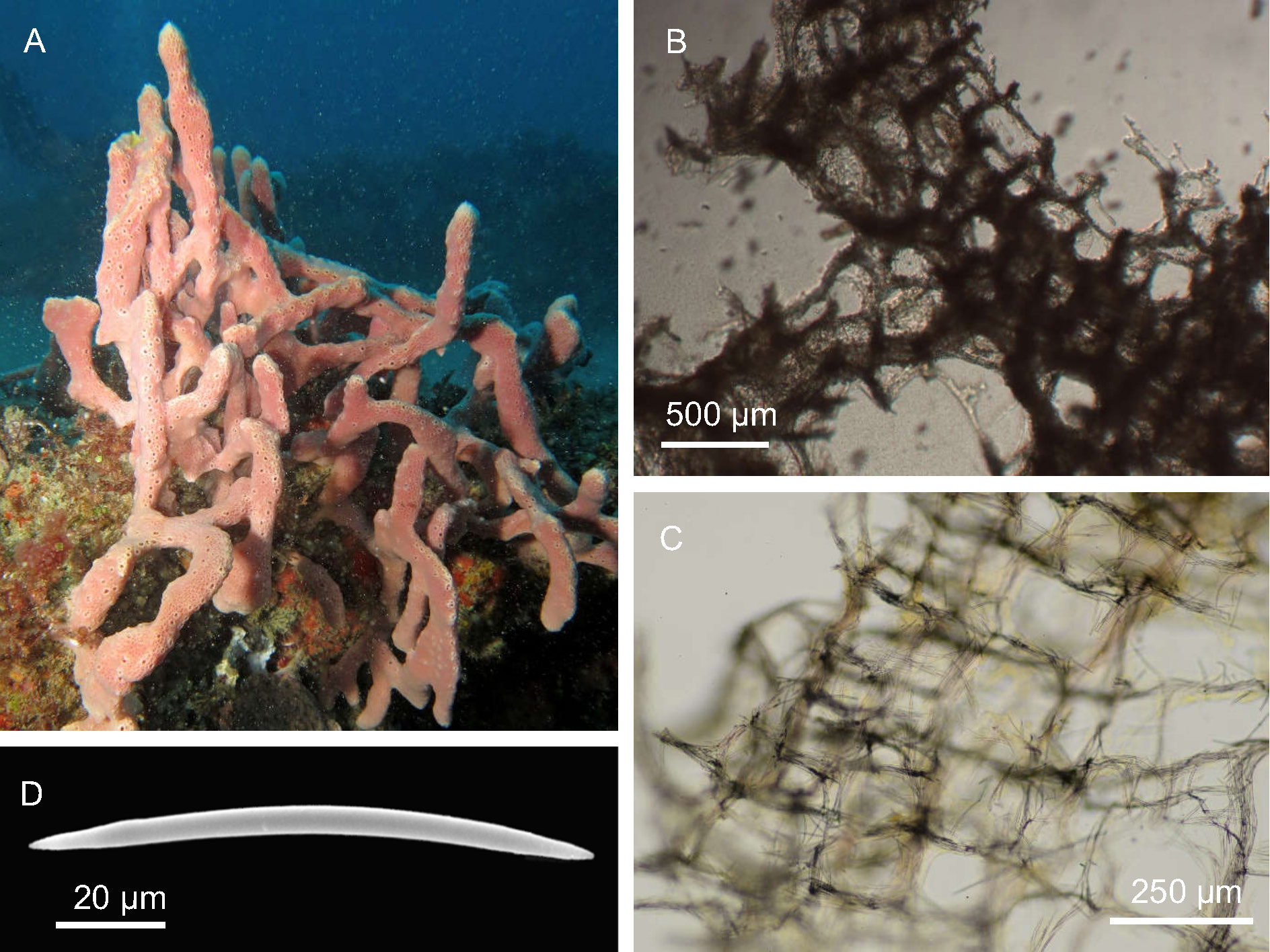