Zwick, Peter, 2016, Australian Marsh Beetles (Coleoptera: Scirtidae). 9. The relations of Australasian Ypsiloncyphon species to their Asian congeners, additions, mainly to Petrocyphon and Prionocyphon, and a key to Australian genera of Scirtinae, Zootaxa 4085 (2), pp. 151-198 : 176

Differs from its relatives by the slenderness of the genitalia. Parameroids strongly sclerotized and longer than club-shaped hyaline parameres (arrow in Fig. 61 View FIGURES 61 − 64 ). Slender styles with terminal fringe long and distinct. Trigonium apex hook-like, in slide mounts its anteriorly diverging contour lines are seen to connect to sides of the penis. The appearance changes with position, and the shape possibly differs slightly between specimens ( Figs 61–63 View FIGURES 61 − 64 ). The apex was mistaken for a cover of the endophallus at rest ( Watts 2010b).

The new records from southern Queensland and New South Wales close the gap between the known occurrence in North Queensland and the record from Lord Howe Island ( Watts 2010b). 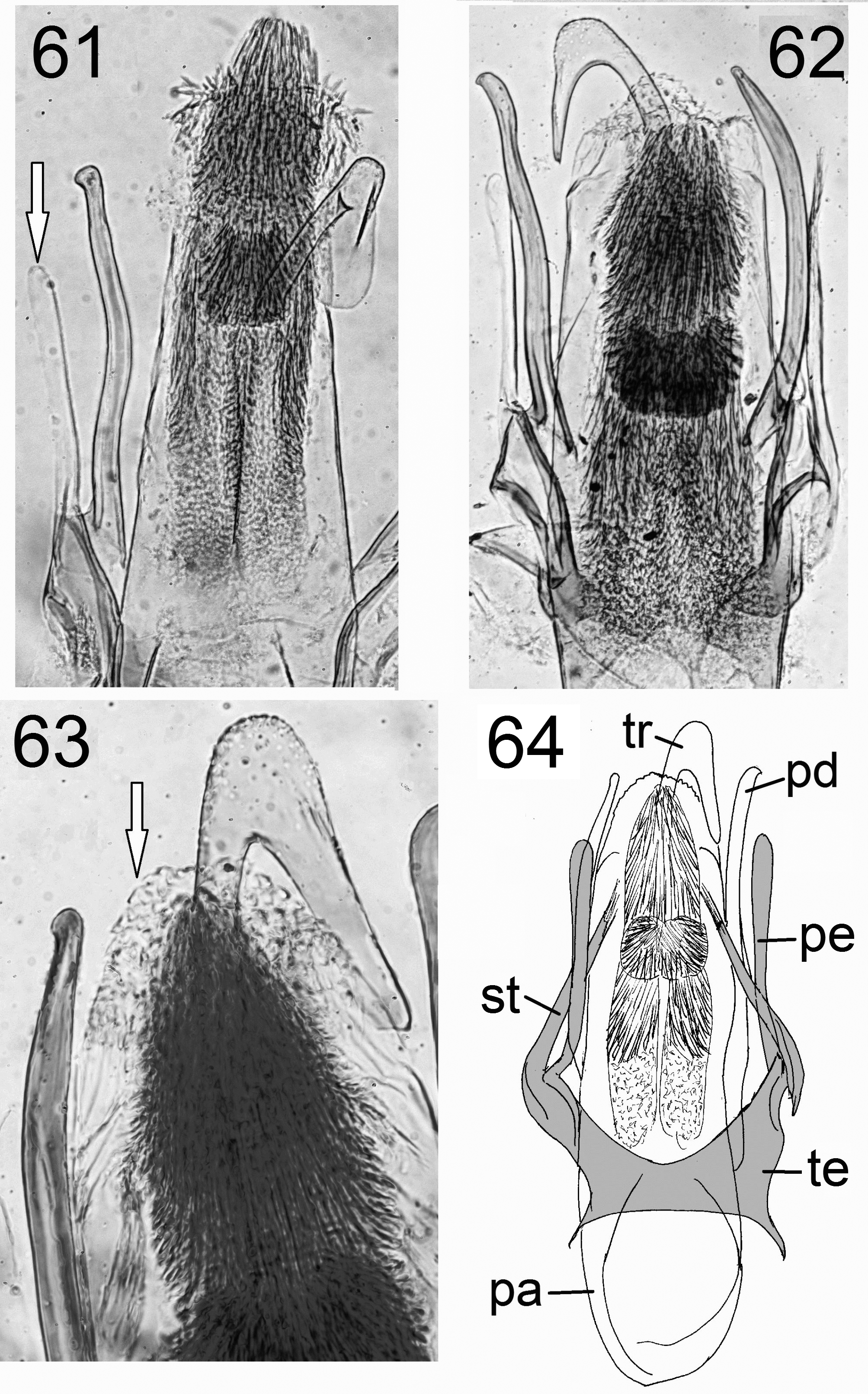