Zwick, Peter, 2016, Australian Marsh Beetles (Coleoptera: Scirtidae). 9. The relations of Australasian Ypsiloncyphon species to their Asian congeners, additions, mainly to Petrocyphon and Prionocyphon, and a key to Australian genera of Scirtinae, Zootaxa 4085 (2), pp. 151-198 : 179

The present specimen was taken not far from the type locality of P. deanboltoi   on the Atherton Tableland (Wongabel: 17°19'38.45''S, 145°29'15.59''E) and is believed to be that species. Unlike the one illustrated in the original description ( Watts 2010b: fig. 37) the present specimen was not dissected. My interpretation of homologies follows, and partly differs from that of Watts (2010b).

The tegmen ( Fig. 67 View FIGURES 65 − 68 ) is a narrow sclerite widening on the sides where long and slender styles attach. The lateral parts form the caudal parameres which I have been unable to separate from the penis. The penis consists of two pairs of caudal horns with opposed tips ( Fig. 68 View FIGURES 65 − 68 ), and a heavily armed endophallus between and in front of them. I regard the shorter medial horns as the forked trigonium, the longer lateral horns as parameroids. Their medial edges extend forward, converge and eventually form a medial rod. Dorsally from it the divided front end of the penis is seen.

The picture is dominated by the endophallus ( Fig. 67 View FIGURES 65 − 68 ). At its beginning lies on each side a large patch of needle-like spines. The patches are thick, and differences in optical density suggest they may be internally coiled. Caudally from the packs are two irregular bands of short stout spaced spines. They extend to a cushion-like region with small triangular sclerites arranged on minute arched crests. The cushion is internally divided and can apparently open. 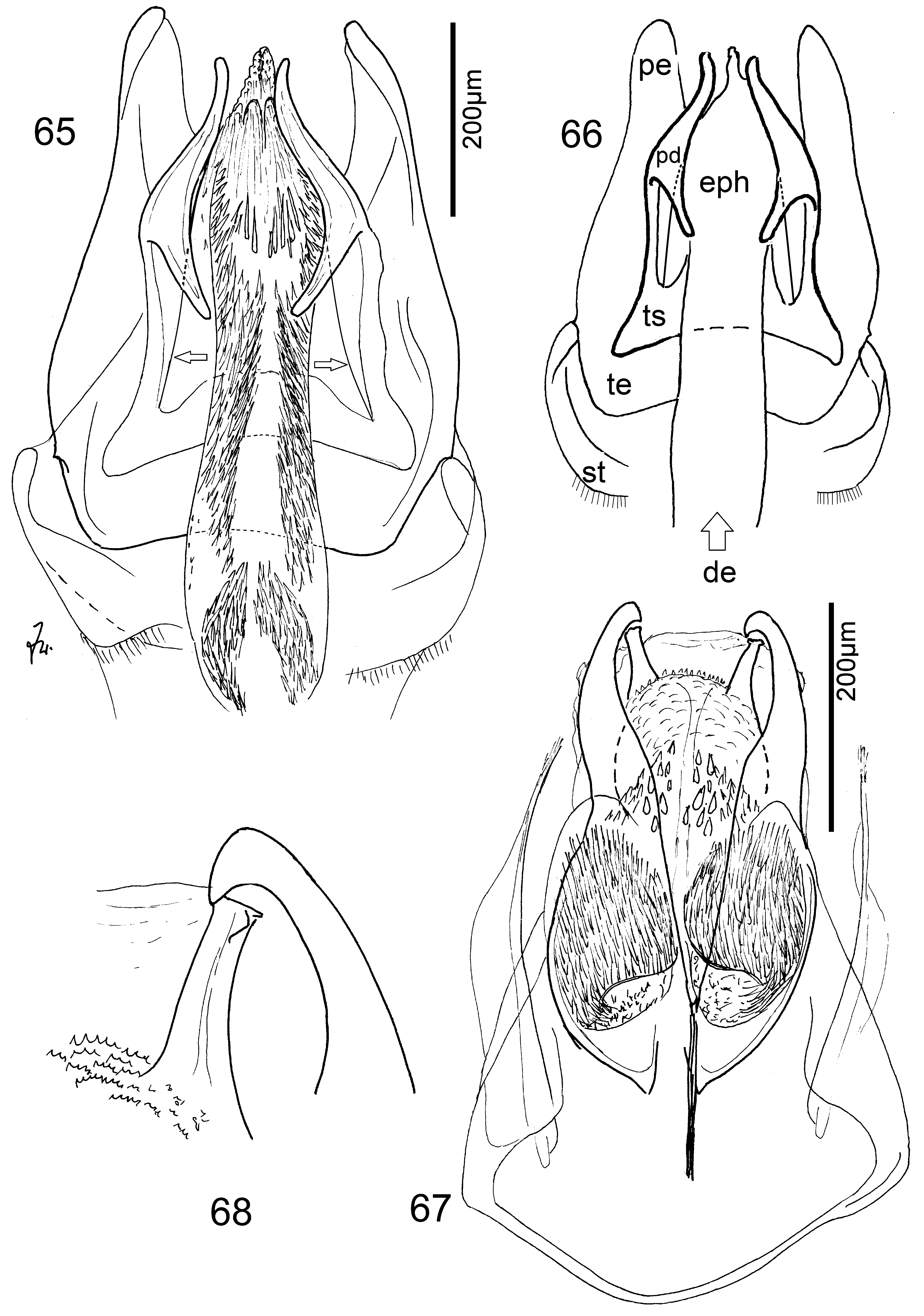