Zwick, Peter, 2016, Australian Marsh Beetles (Coleoptera: Scirtidae). 9. The relations of Australasian Ypsiloncyphon species to their Asian congeners, additions, mainly to Petrocyphon and Prionocyphon, and a key to Australian genera of Scirtinae, Zootaxa 4085 (2), pp. 151-198 : 158-160

Cable Tower 3 on the Bellenden Ker Range is the type locality; in the past, only males were available. The probable female is here described.

Note. The minute hind wing remnant was not noticed until recently; female Pachycyphon are flightless but not totally wingless as I reported previously ( Zwick 2013a). Its occurrence in a Malaise trap was unexpected.

The specific identity of the present females is not certain. Three species of Pachycyphon were taken at the Bellenden Ker Cable Tower site. Male P. obesus Zwick are darker and distinctly larger. Their genitalia are of a type very different from the closely related P. funicularis and P. elegans . The similarity of the prehensors of the latter two species ( Figs 13, 14 View FIGURES 10 – 14 ) lends corollary support to the assignment of the present females to P. funicularis , which are as small as, but a little stouter than, the females of P. elegans recorded below.

New material of other Pachycyphon species. Representatives of the genus are not common in collections. A few additional specimens are therefore listed, even though most are from known sites of the respective species. 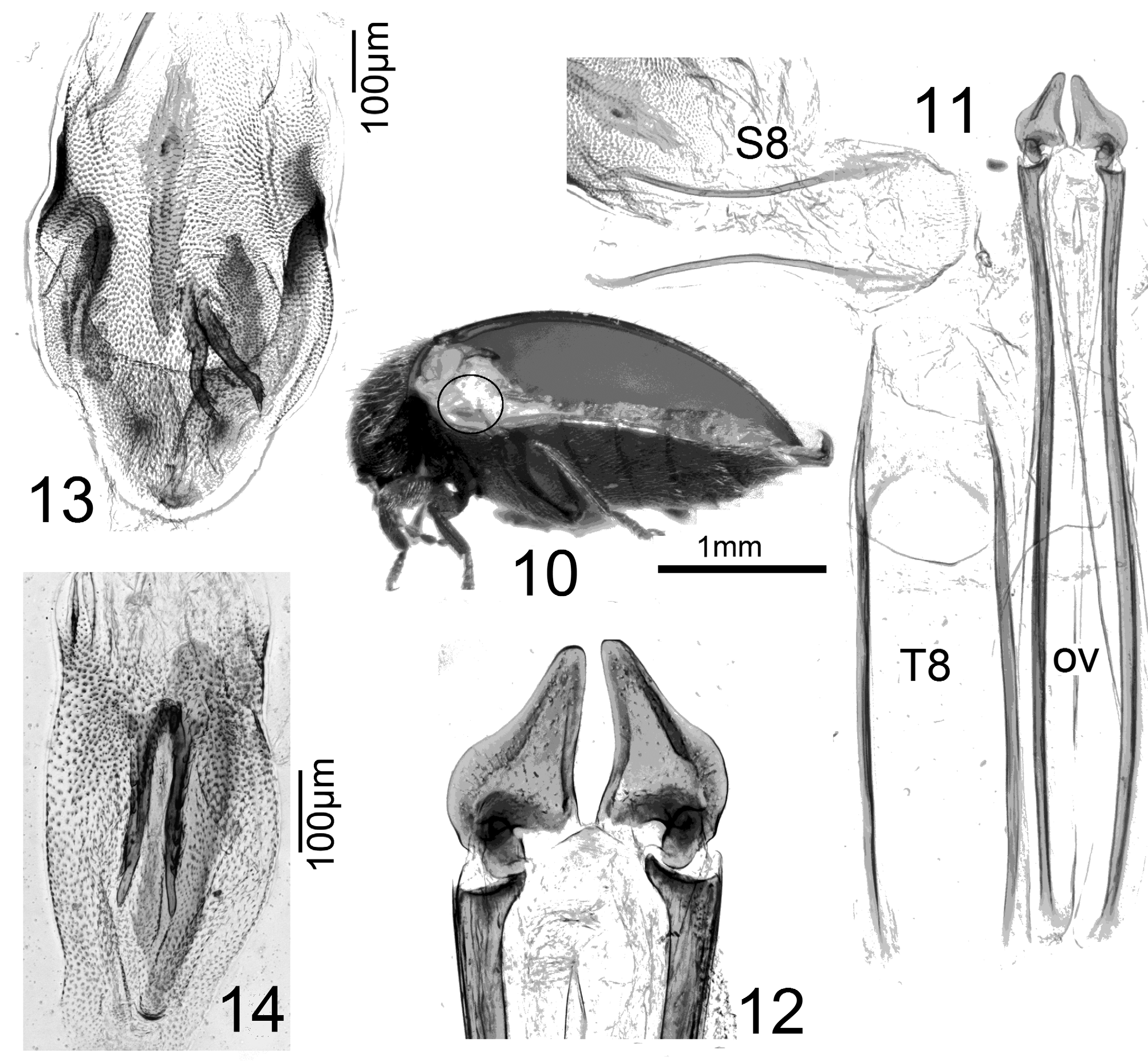