Zwick, Peter, 2016, Australian Marsh Beetles (Coleoptera: Scirtidae). 9. The relations of Australasian Ypsiloncyphon species to their Asian congeners, additions, mainly to Petrocyphon and Prionocyphon, and a key to Australian genera of Scirtinae, Zootaxa 4085 (2), pp. 151-198 : 161

The genus includes small, slender beetles ( Figs 21, 24 View FIGURES 21 − 27 ), with the pronotum narrower than the elytra, head about as long as wide in dorsal view, and thick in side view when the extended convex subgenal area beneath the projecting eyes is visible. The antennal base is not modified. The head and pronotum have granular punctures, and the elytra have normal punctures. The elytra usually have faint longitudinal ridges beginning behind an oblique depression giving the area laterally from and behind the scutellum a raised appearance. A distinct buttonhole in the ventral edge of the head capsule, a wide prosternal process and a rhomboid receiving mesoventral groove are shared by Petrocyphon   species.

The type species, P. antarcticus Watts   , and several others exhibit sexual dimorphism of the antennae, which are disproportionately long and thick in males. The pronotum is short and strongly transverse, almost cordiform, with blunt rear angles a little closer together than the blunt but slightly projecting front angles. I added new species and assigned all to informal species groups in a prior contribution ( Zwick 2012). Here, some species are added and previously unknown females described. 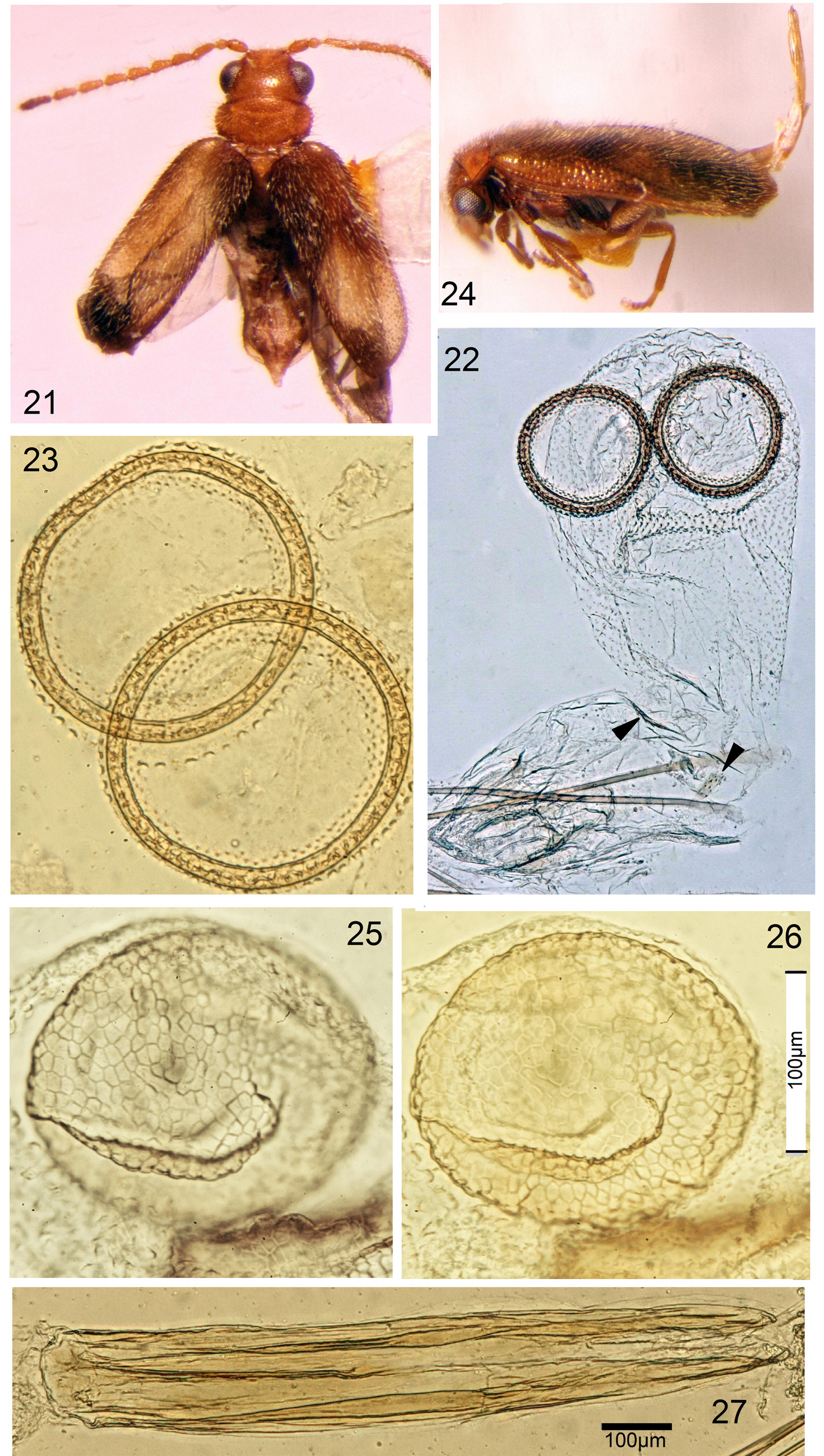