Etymology. The species epithet minor   alludes to the small size of adults.

Remarks. The recognition of this new species is necessary because it appears to mature at a much smaller adult size than in other Camatopsis   species as well as having a characteristic G1 structure. Serène & Soh (1976: 23, fig. 21) recorded and figured the G1 of a small male specimen (4.5 × 5.0 mm) from Phuket in the Andaman Sea that they identified as “ Camatopsis rubida   ”. The G1 is characteristic by being straight with the tip flared and with a median cleft. We have found the same G 1 in small specimens from the Indonesia Siboga   material that we initially assumed belonged to young males with the structure expected to change with growth. Small specimens of C. rubida   and C. leptomerus   n. sp., however, at less than 4 or 5 mm in carapace width from Indonesia and Philippines already have the characteristic G1 structure of their respective species (e.g., Fig. 68 View FIGURE 68 A, B), and as such, the differences observed with C. minor   n. sp. cannot be attributed to growth. In addition, small females of C. minor   n. sp. already have the pleon and pleopods fully developed. The smaller chela of C. minor   n. sp., however, does not have the two upright, vertical teeth on the cutting margin of the pollex that is typical of adults of Camatopsis   species. While the chelae of C. minor   n. sp. show asymmetry, with one chela swollen and enlarged ( Fig. 39 View FIGURE 39 G, H), indicating it is already mature, small specimens of other Camatopsis   species of a similar size generally have both chelae similarly structured (e.g., Figs. 39 View FIGURE 39 C, D). As such, we recognise a new species for this Indonesian material that was originally been identified by Tesch (1918) as “ Camatopsis rubida Form B   ” (see discussion under C. rubida   ). We also provisionally include Serène & Soh’s (1976) record from the Andaman Sea. 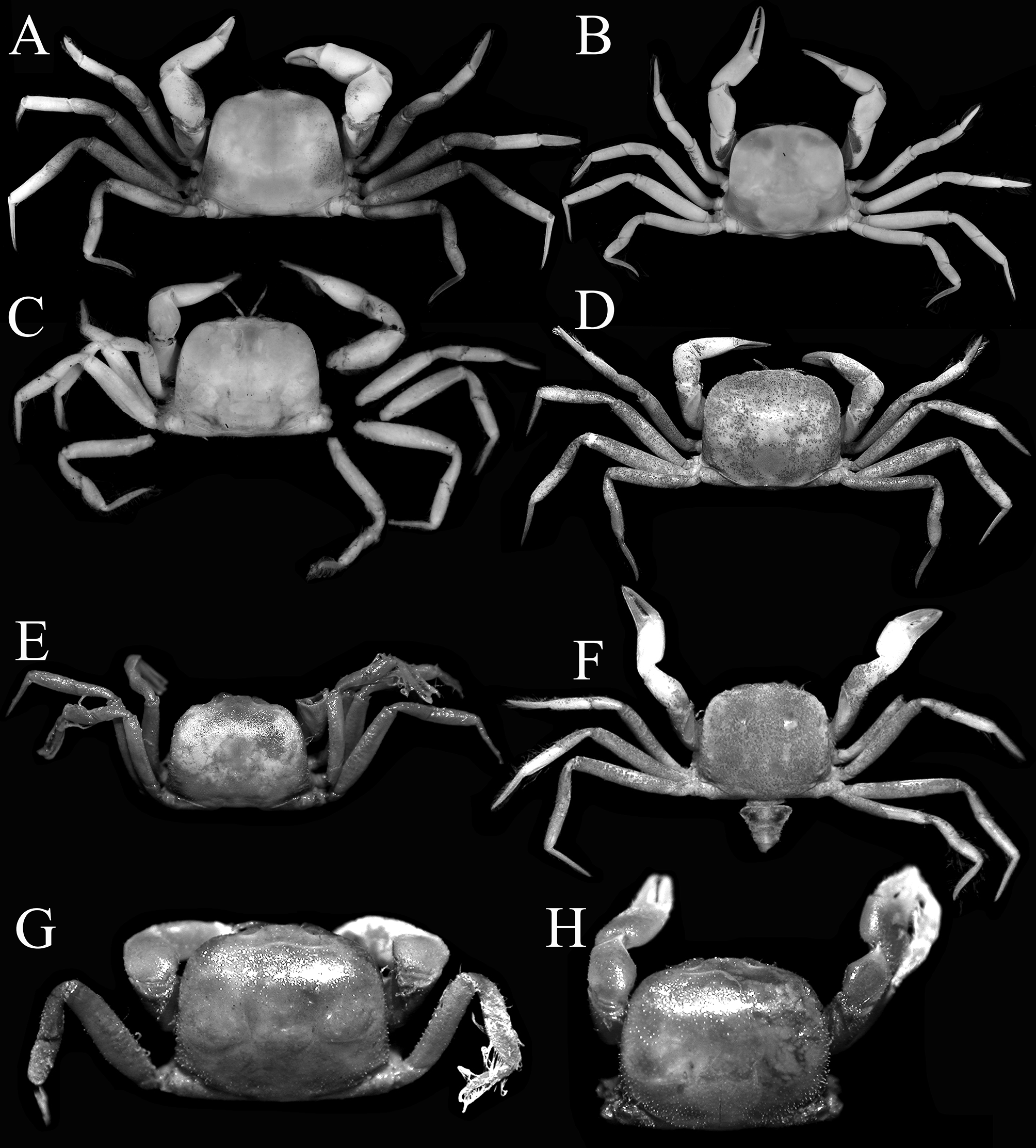