Sexual dimorphism. Presence of sexual dimorphism characterized by the increase in size of the dorsal-fin spine in males, which can reach slightly more than double the size of the dorsal spine in females. First dorsal-fin ray of males with minute serrations on anterior surface and, in females, protrusions on posterior region. Dorsum more prominent and noticeably taller in males. Maxillary barbels more pronounced in males, regularly reaching pectoral-fin insertion, and females with smaller maxillary barbels, extending until anterior margin of orbit.Anal-fin rays 1-5 in males modified to form copulatory organ in the distal portion.

Coloration pattern without dark irregular patches on analfin base of females, different from males in which patches are present. Presence of more obvious light colored area in humeral portion of the body in females, differing from the males, in which this area is less prominent or absent.

Etymology. The specific epithet barthemi is a tribute to Ronaldo Borges Barthem, researcher of the MPEG, for his contribution to the field of ichthyology, in particular to fisheries ecology in the Amazon. 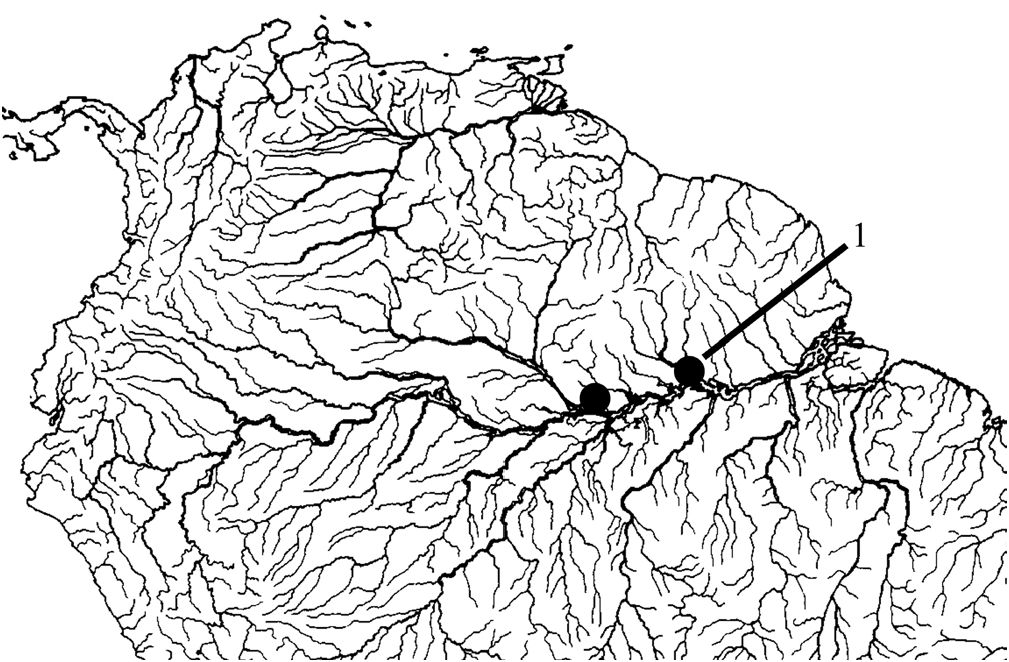