Etymology. Toponimic, referring to the Araza River ( Fig. 82 View FIGURES 82–85 ), near the type-locality. Treated as a noun in apposition.

Remarks. Pseudosympycnus araza   sp. nov. was found in sympatry with an undescribed species close to P. bicolor   (represented by a single damaged male). Since the association between males and females of this species is currently difficult, we prefer to describe the females collected in the type-locality, but to treat them as “additional material” until females can be more confidently associated with conspecific males.

Pseudosympycnus araza   sp. nov. is similar to P. latipes   by having the white It 4–5, and to P. latipes   and P. singularis   due to It 2 with brush of compacted stout dorsal setae directed forward and It 3 overlapping the base of It 4 in males. Nevertheless, the new species is distinct in having one conspicuously long ventral seta on femur I and IIt 5 white. 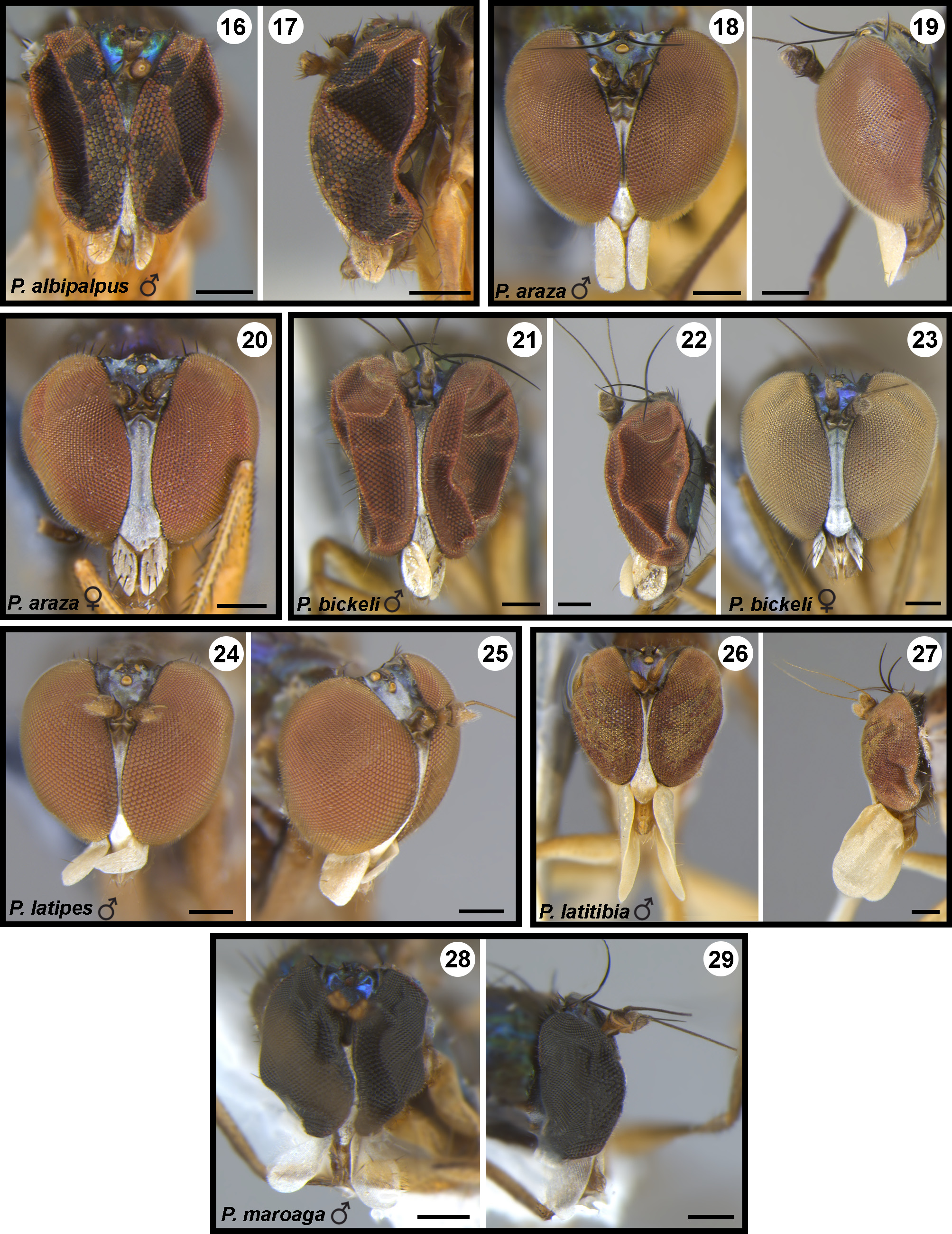 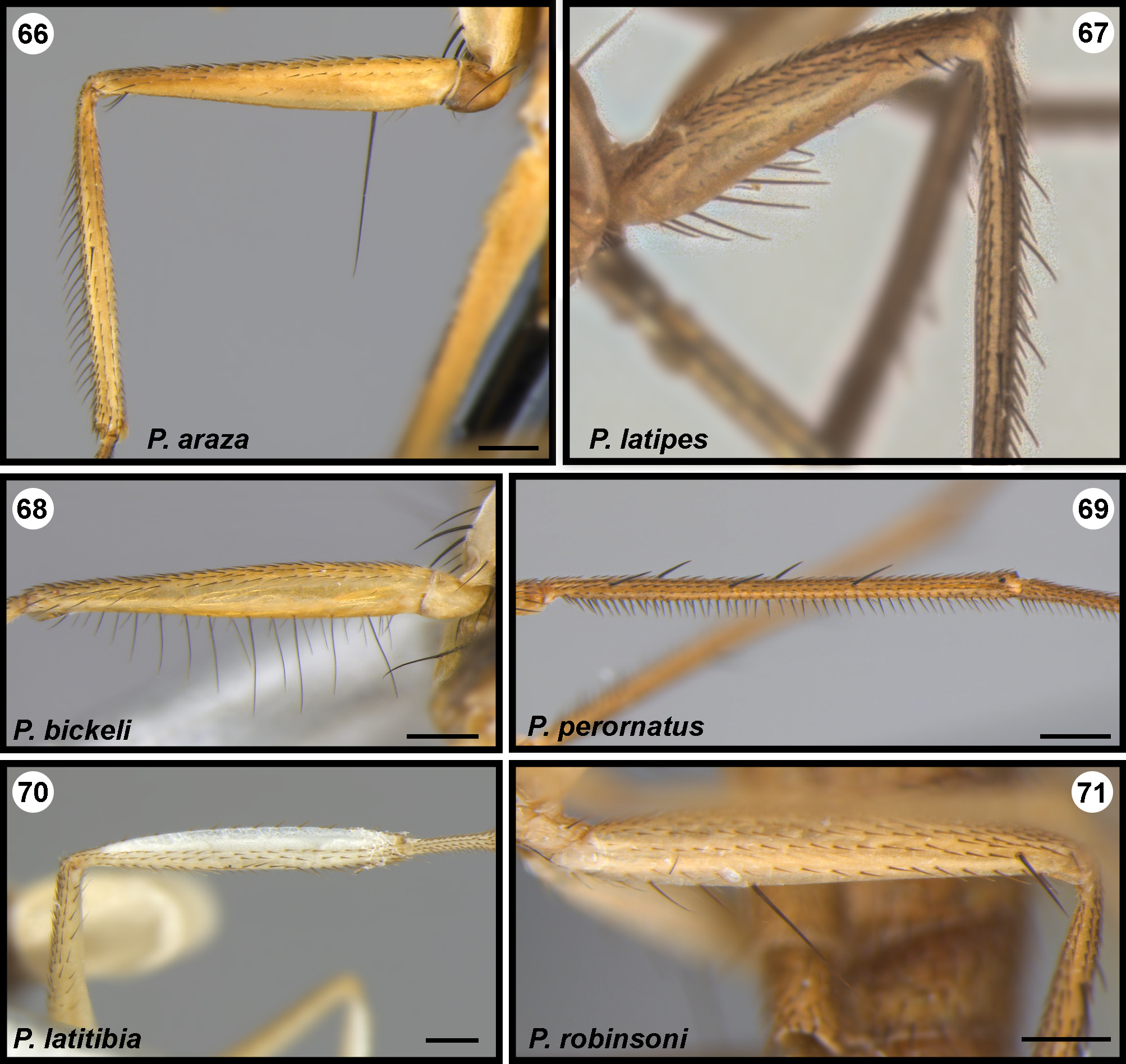 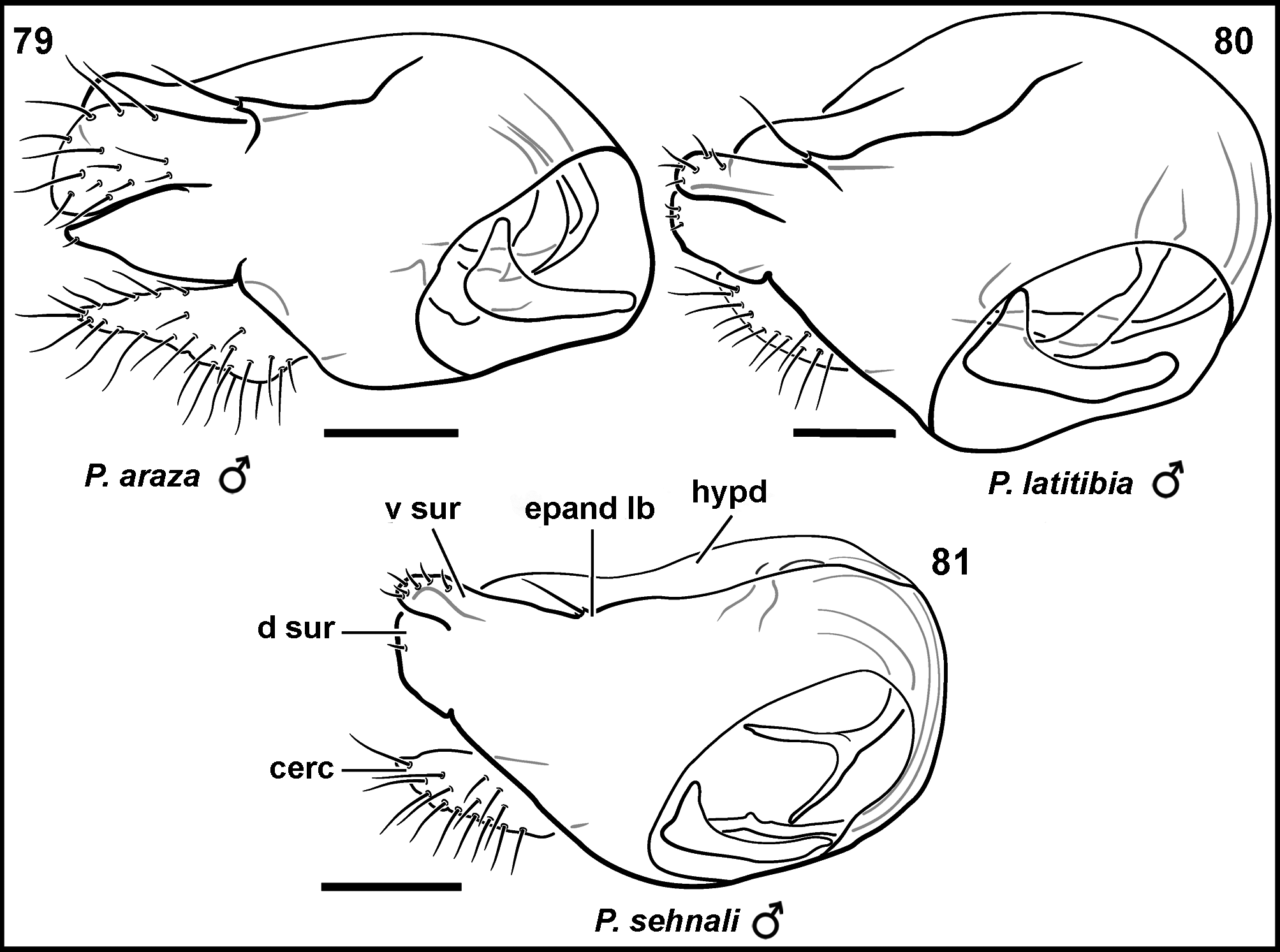