It is noteworthy that a number of species studied here were taken on moist rocks near waterfalls. The entire type series of Pseudosympycnus bickeli   sp. nov., for example, was found in this biotype, which is similar to where specimens of P. perornatus   (“on wet rocks in deeply shaded ravine”, “on surface of dam” and “on rocks near stream”; Robinson 1967) and P. latitibia   sp. nov. (“on stones in streams”) were collected. Also, the type locality of P. araza   sp. nov. and P. maroaga   sp. nov. are both close to waterfalls ( Figs 82–85 View FIGURES 82–85 ). Moreover, specimens of P. singularis   were often collected close to waterfalls in Belize (J. Runyon, pers. comm.). These data may indicate habitat preferences in the genus or at least part of the known species. 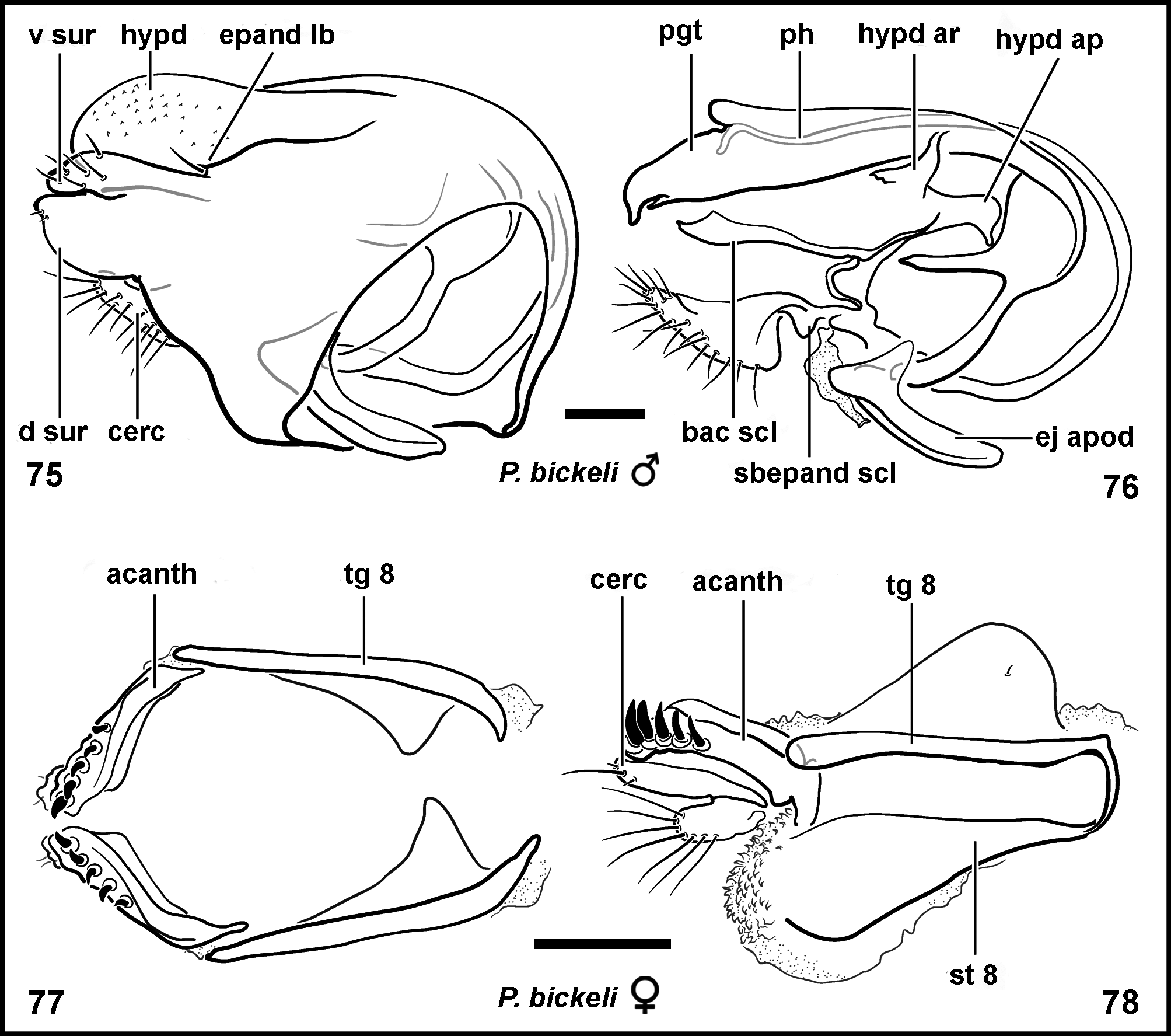