Remarks. Laelaspis calidus was described from East Africa ( Berlese, 1924), and has also been recorded at Kilimanjaro near Marangu from moss and litter ( Van Aswegen & Loots, 1970), Iran from the nests of ants ( Joharchi et al., 2012b) and is now recorded in Egypt for the first time, from soil. Zaher (1986) reported Laelaspis astronomicus from Egypt and he also considered that Laelaspis zaheri Shereef & Soliman , as a junior synonym of L. astronomicus . We have had the opportunity to examine specimens of both species. Now we believe both species were misidentified specimens of Laelaspis calidus , and thus, L. astronomicus is excluded from the Egyptian fauna. Our newly collected material agrees very well with the description given by Van Aswegen & Loots (1970). This species is closely related to L. astronomicus , but L. calidus can be easily distinguished from L. astronomicus and all other species in this genus by the length of dorsal shield setae, some setae long enough to reach the base of the next posterior setae and setae Z5 two to three times as long as J5 ( Fig. 38 View FIGURES 38–42 ), genitiventral shield longer than wide ( Fig. 39 View FIGURES 38–42 ), movable digit bidentate and fixed digit with 6–7 teeth ( Fig. 41 View FIGURES 38–42 ), postanal seta serrate ( Fig. 42 View FIGURES 38–42 ). 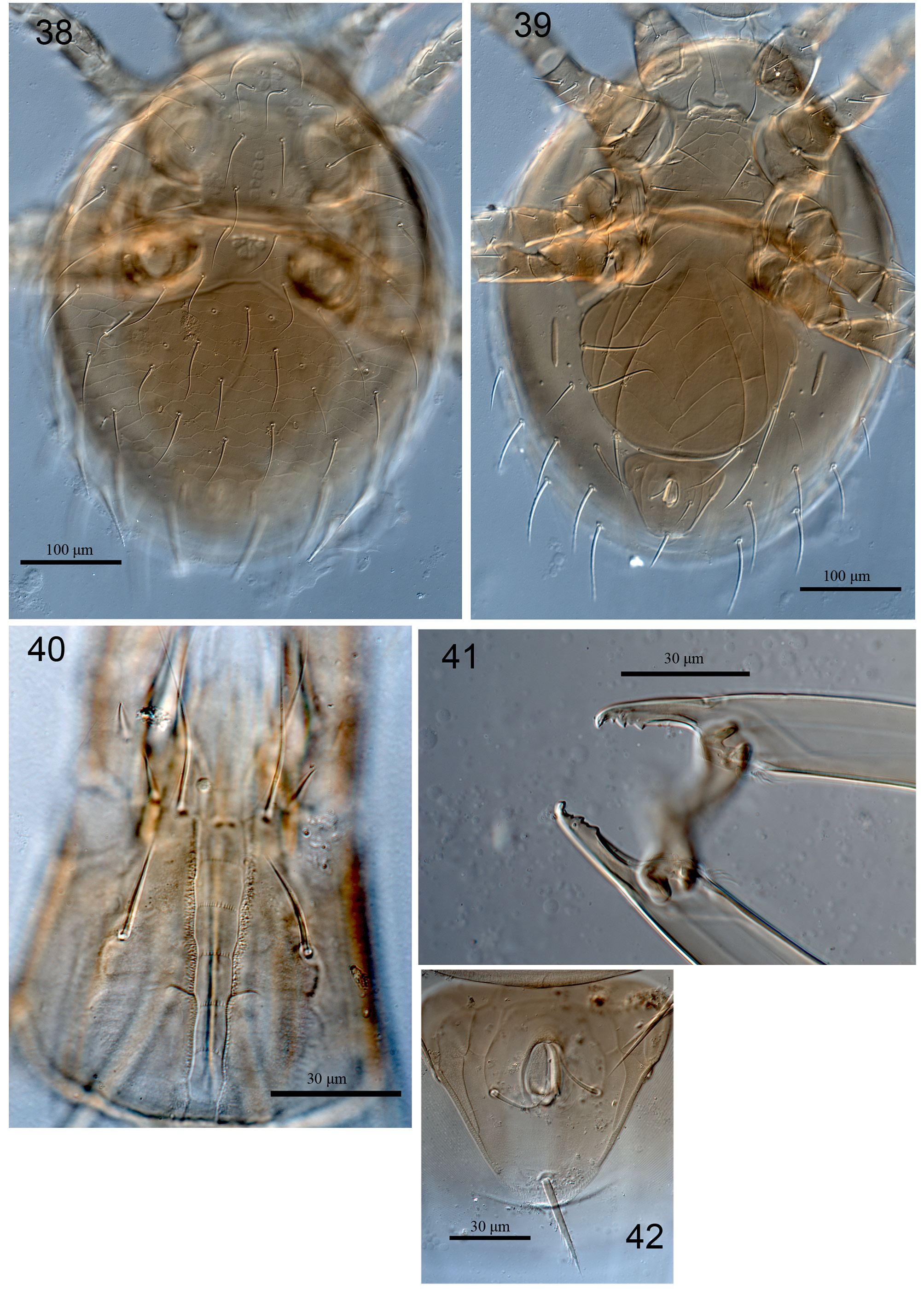