Species concept. Our concept of A. bifasciatus   is based on identified specimens from Croatia, Cyprus, France, Greece, Hungary, Iran, Italy and Switzerland in the CNC, including reared material from Stahl et al. (2018a).

Distribution. Noyes (2019) recorded A. bifasciatus   from throughout the Palaearctic region, including Europe and the Middle East, northern Africa, and Japan and Korea in the eastern Palaearctic, as well as Kenya (Afrotropical), India (Oriental), and United States of America (Nearctic). However, as discussed by Hayat (1975: 268), the record of Narayanan et al. (1967) is a misidentification of A. japonicus   and subsequent inclusions of A. bifasciatus   in the Indian fauna, such as by Narendran (2009), are based on prior literature records rather than validating specimens. Likewise, Nearctic records, such as by Crossman (1925), are based on misidentifications of A. japonicus   and it remains to be confirmed whether A. bifasciatus   occurs outside the Palaearctic region.

Hosts. Noyes (2019) listed A. bifasciatus   as a parasitoid of about 30 species of Hemiptera   , Lepidoptera   , and Orthoptera plus, as a hyperparasitoid, two species of Braconidae   ( Hymenoptera   ). However, some of the listed host records are undoubtedly based on misidentification of the parasitoid.

This species is currently being investigated for potential augmentative biocontrol of an invasive agricultural pest, Halyomorpha halys (Stål, 1855)   ( Hemiptera   : Pentatomidae   ), in Europe ( Haye et al. 2014; Stahl et al. 2018a, 2018b). Its extensive putative host range, including Dendrolimus punctatus (Walker, 1855)   ( Lepidoptera   : Lasiocampidae   ) and other lepidopteran and hemipteran pest species, suggests potential for biocontrol in China as well.

Unfortunately, males of A. colemani   are unknown, but males of A. bifasciatus   are distinguished from males of all other treated species by flagellar structure. The clava ( Fig. 2E View FIGURE 2 : clv) is greatly elongate compared to other species and there are only five funiculars, which suggests that length of the clava is at least partly a consequence of fusion of the apical two funiculars with the clava. This difference in flagellar structure demonstrates that the redescription of the male of A. bifasciatus   by Tachikawa (1959) actually was a misidentification of A. japonicus   (see further under this latter species). 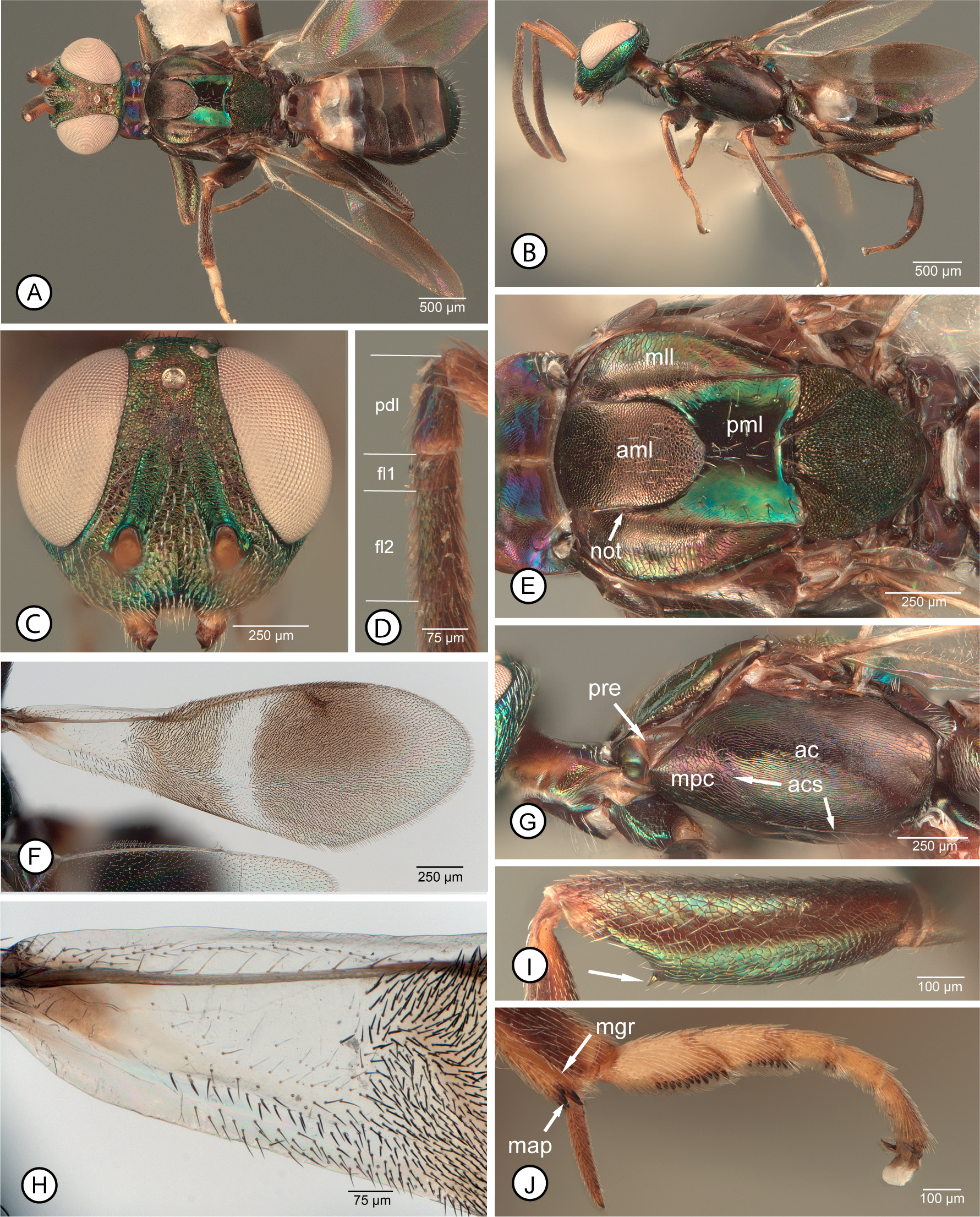