Species concept. Our concept of A. gansuensis is based on examination of the type material of the species as given in Chen et al. (2019).

Remarks. Chen et al. (2019) described A. gansuensis as one of four species reared from the eggs of C. japonica , and subsequently cultured on the eggs of Antheraea pernyi . Females are most similar to those of Anastatus fulloi and A. orientalis , but are differentiated by the features given in our key. Chen et al. (2019) keyed males of A. gansuensis next to those of A. meilingensis , and differentiated both from males of A. japonicus and A. fulloi by length of the clava relative to the apical funiculars, and from each other by colour pattern of the metatibia.

We cannot confidently differentiate A. gansuensis from A. shichengensis males and therefore key them out together. However, observed A. gansuensis males typically have a somewhat narrower, more distinctly oblique-slen- der speculum (cf. Fig. 11H View FIGURE 11 : spc) or one that at least superficially looks smaller than the speculum of A. shichengensis males because setae on the ventral surface underlie the dorsally bare region anteriorly and/or apically ( Fig. 13H View FIGURE 13 : left-directed arrows point to setae on dorsal surface delineating apical margin of speculum). The very few males of A. shichengensis examined have a variably distinctly larger, more quadrangular speculum with setae on the ventral surface only near the parastigma ( Fig. 24I View FIGURE 24 : spc). However, this is a relative feature and species limits need to be accessed with additional material of both species. 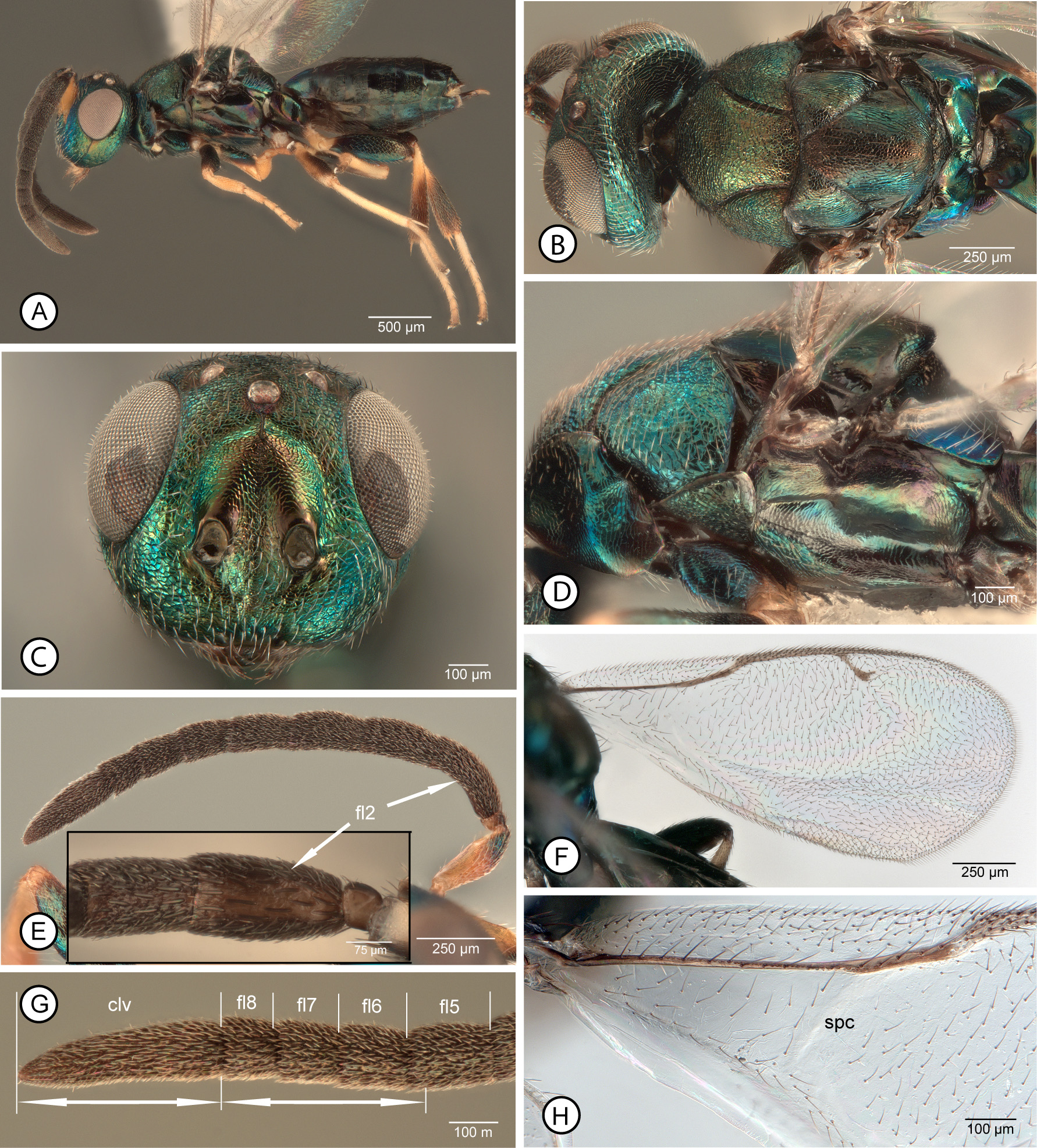