Etymology. The Latin word etesia  meaning “monsoon”, referring to the species occurrence in the center of the monsoon tropics.

Markings and coloration identical to male. Abdominal segment 9 olive-green to brown, with a prominent midline, reddish-brown to ochraceous medially, yellow-brown on lateral margins; ovipositor sheath extends approximately 3 mm beyond termination of this segment.

Distribution and habitat. Ewartia etesia  n. sp. is restricted to the Top End of the Northern Territory, with the exception of a single record from El Questro Station, in the Kimberley region of north-east Western Australia. In the Top End it has been found from Litchfield National Park east to Maningrida and south to the Mataranka district ( Fig. 25View FIGURE 25). Populations occur in association with wattles, including Acacia lamprocarpa  and A. latescens  . Adults have been collected between October and February.

The transition between calling song modes in this species may be unusually protracted, whereby the complex calling song suddenly becomes disjointed. This is due to the following: (1) the syllable sequence preceding each echeme is truncated into 1–3 syllables, (2) the macrosyllables stop being produced, and (3) a series of 3–4 discrete syllables (some of these may be double syllables) produced following each echeme. The song then undergoes further reduction of syllables surrounding the echeme and morphs into the simple calling song. In some cases, this transition may be so gradual that it is hard to detect definitively. Once fully formed, however, the simple calling song mode of this species is, nevertheless, quite distinct from the complex mode. The simple mode ( Fig. 28View FIGURE 28) contains monotonously repeated phrases (0.54– 0.62 s duration). Each phrase is composed of 1–3 syllables (each 0.009– 0.012 s duration), each separated by gaps of successively reducing duration (each 0.005– 0.024 s), which is then followed by an echeme (0.143– 0.261 s duration). Sometimes the echeme is followed by a gap (0.014– 0.081 s duration) and then another 1–4 syllables and /or macrosyllables (each 0.009– 0.030 s duration; intervening gaps 0.007– 0.085 s duration). A final gap (0.116– 0.296 s duration) completes the phrase. This calling song mode predominates at dusk and is also occasionally produced during the day.

As per other species in the Ewartia oldfieldi  species complex, in E. etesia  n. sp. the calling song frequency spectra do not change between song modes. In each mode the calling song typically has a highest amplitude frequency plateau between 10.0 and 15.7 kHz, with a dominant frequency between 11.8 and 13.6 kHz (mean=12.6, n=13; Figs 29View FIGURE 29 A, 29B). 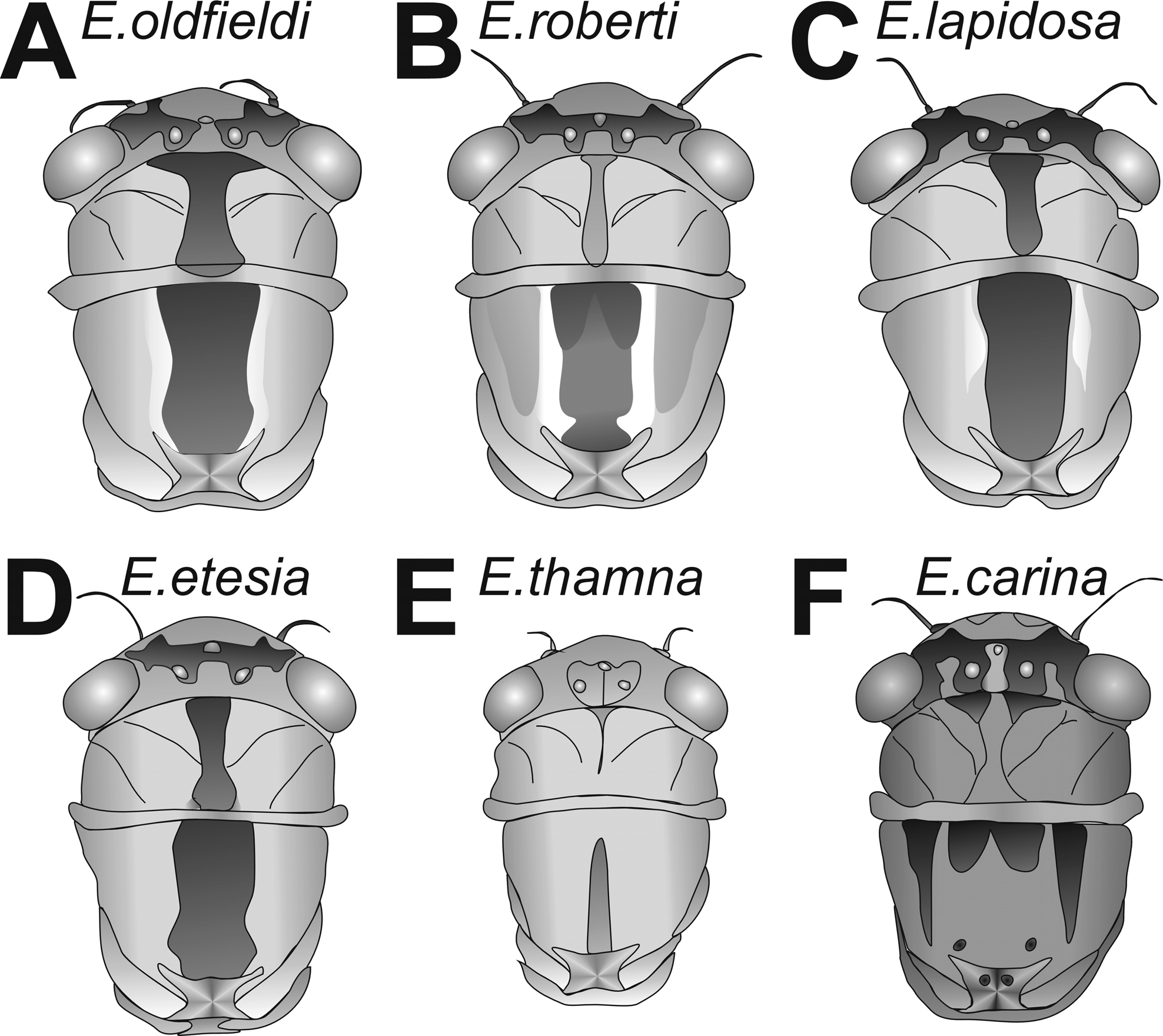 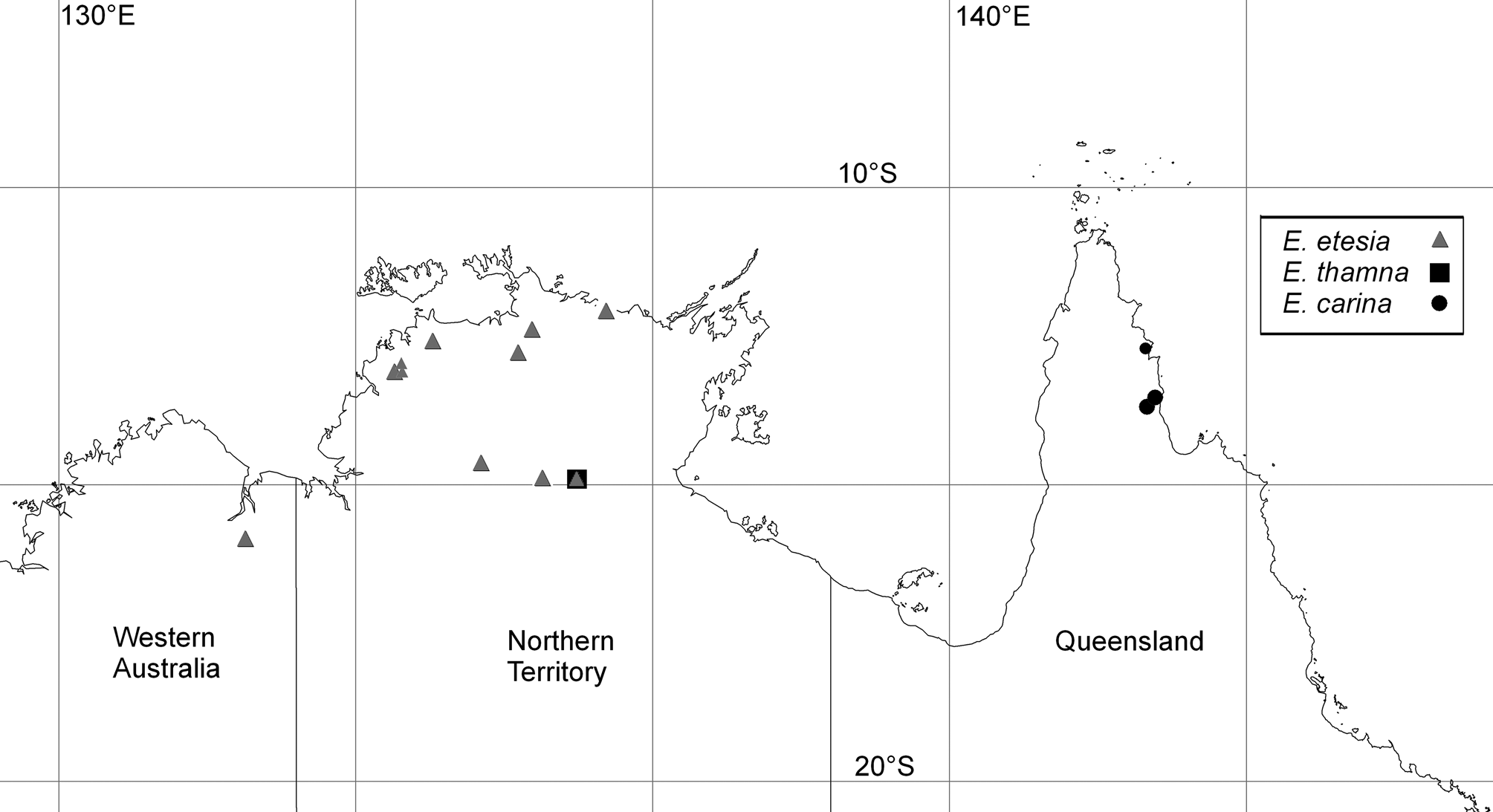 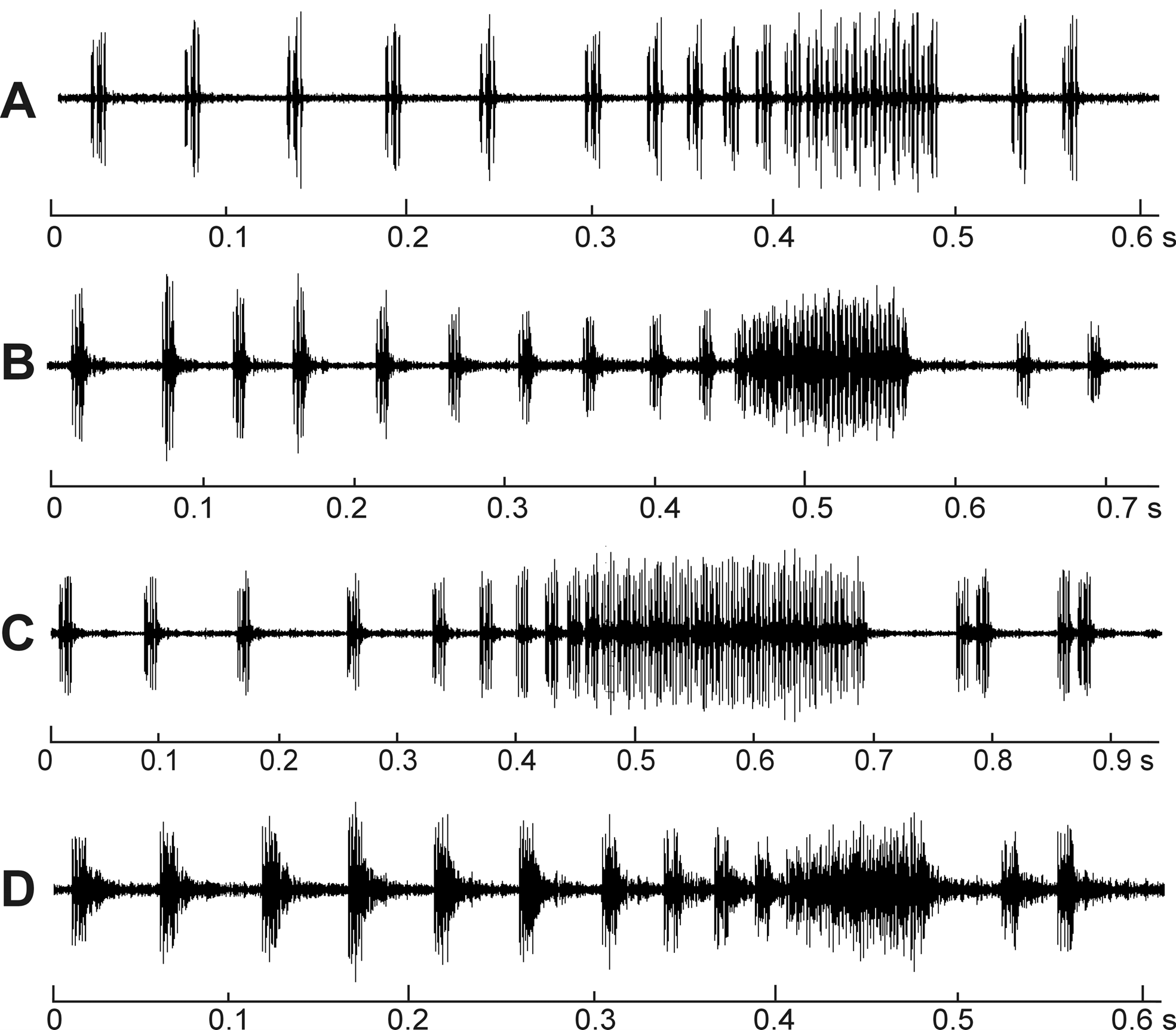 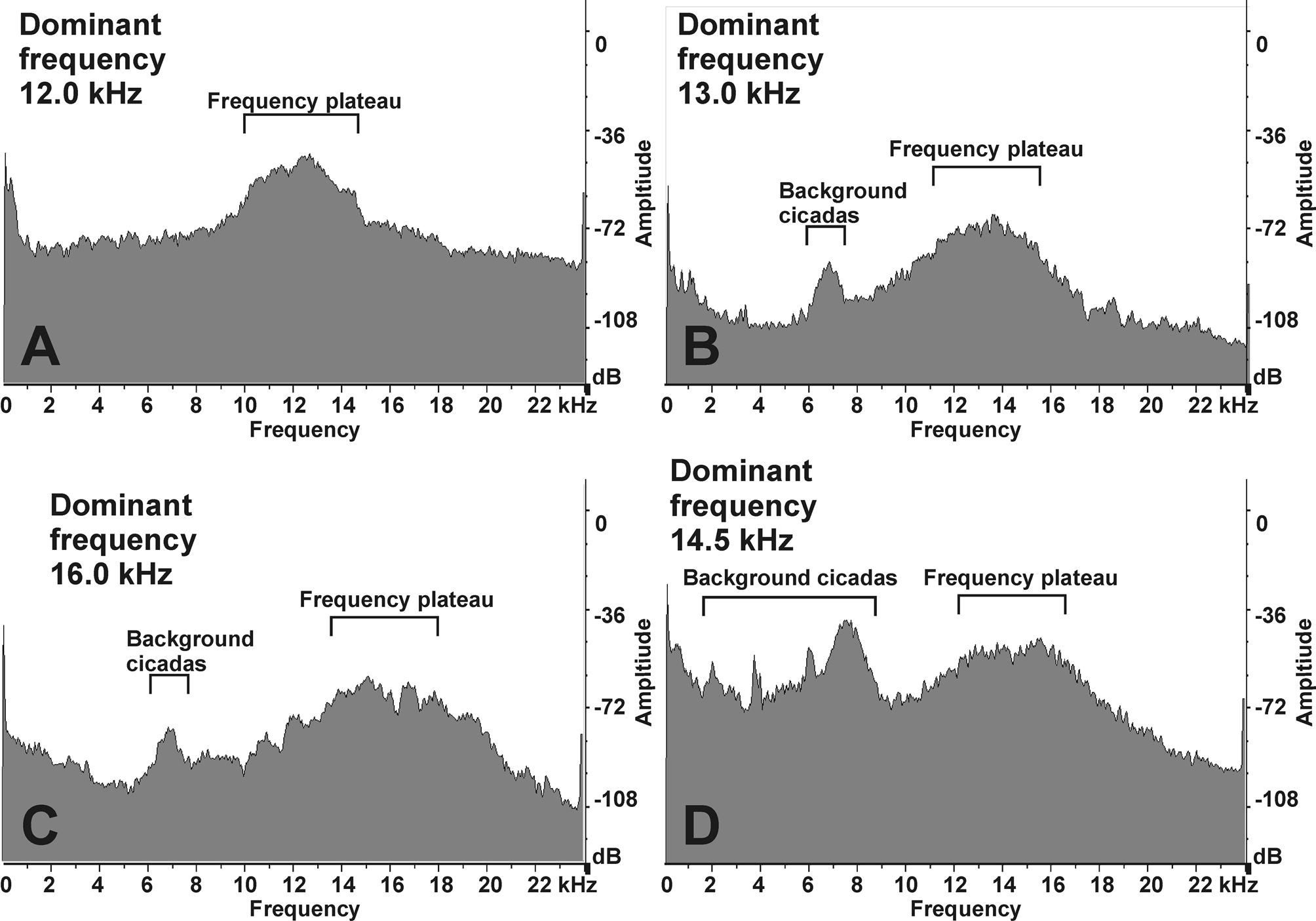