The species epithet " tepui " is used as a noun in apposition and is based on the type of Venezuelan flat-topped upland near which the holotype was found.

These beetles are macropterous and capable of flight. They are moderately swift and agile runners. The holotype was acquired at black light in a rainforest clearing.

(Fig. 11 View Figure 11 ). This species is currently known only from the type locality in lowland Venezuela. 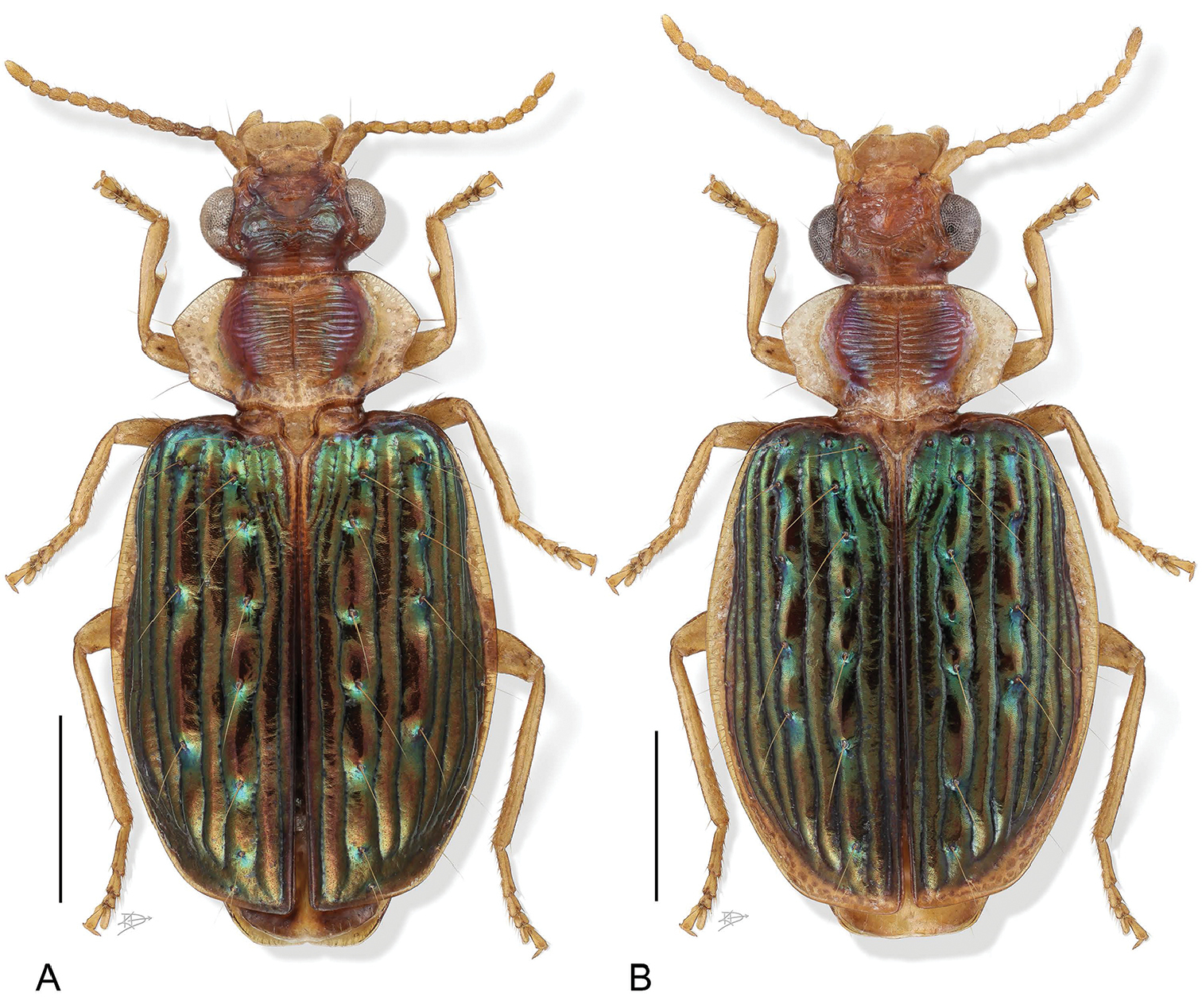