Remarks. This species was described from the unglaciated southern portions of Illinois and Indiana ( Grubbs, 2005). The male is distinctive among Perlesta   and readily identified by the combination of (a) a long, tubular aedeagus lacking a caecum, (b) dense separated patches of sensilla basiconica on the 10 th tergum, and (c) long slender paraprocts bearing a laterally-directed tooth. As part of a larger study addressing elevational patterns of stoneflies of the montane Talladega National Forest region of eastcentral Alabama, Perlesta   specimens collected in summer 2006 included males that were tentatively identified as P. shawnee   . Because mature eggs were not present in females, however, a definitive species designation was not applied.

Gravid females were collected in July 2008 and eggs were examined via SEM. Although eggs from the Alabama series ( Fig. 19 View Figs ) were noticeably less pitted and smoother than from paratype females from Indiana and Illinois ( Figs. 21, 23 View Figs ), both the overall egg shape (i.e., oval; Figs. 18, 20, 22 View Figs ) and collar (i.e., low, gently-rounded open pit; Figs. 19, 21, 23 View Figs ) were too similar to warrant a new species description   .

In addition, several series of this species were also obtained recently from southwestern Virginia and western North Carolina. The occurrence of P. shawnee   in Alabama, North Carolina and Virginia represent new state records and a significant southeastern range extension from Illinois and Indiana. 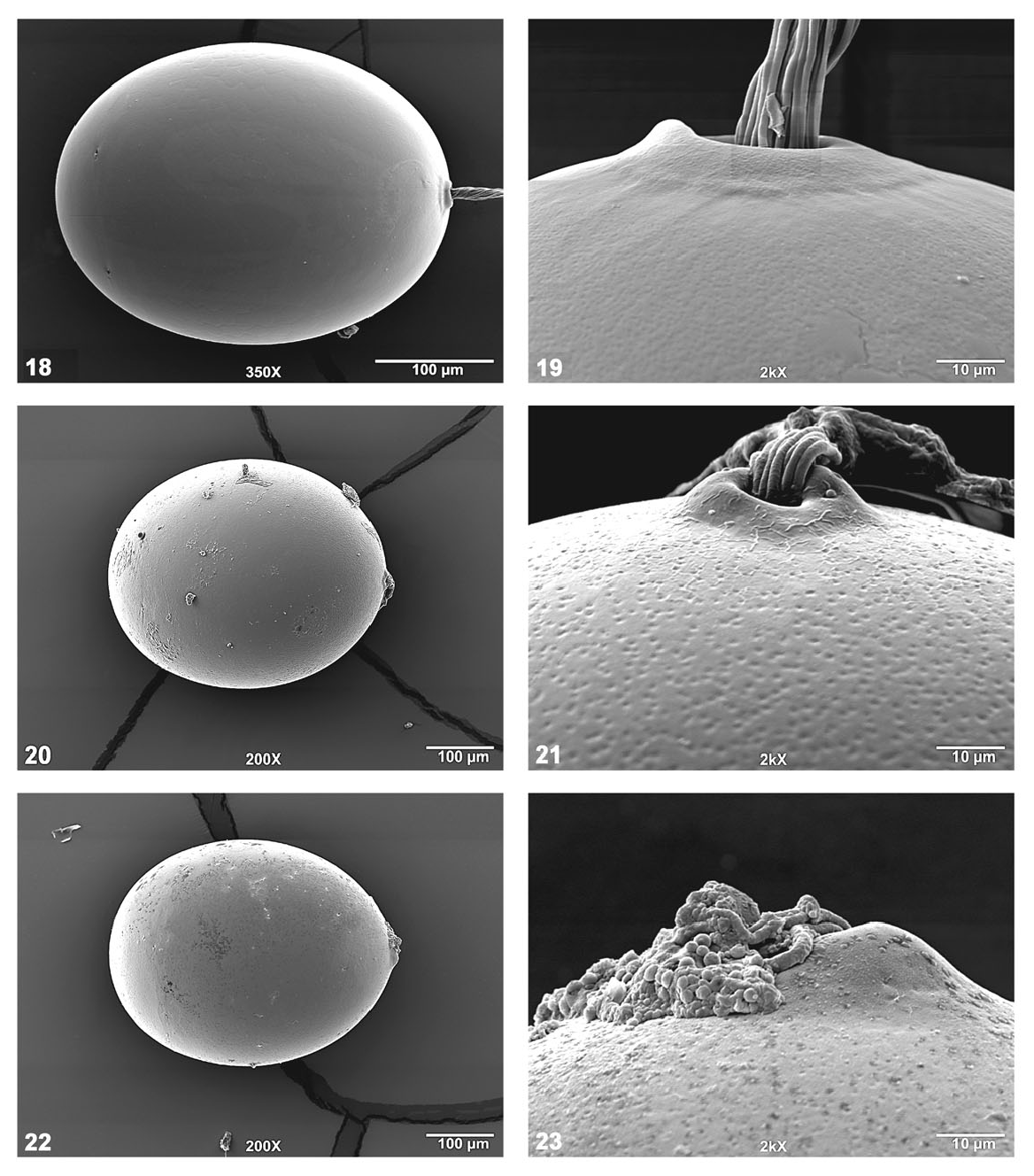