Alterosa sanctipauli   is similar to A. intervales   , resembling that species in the elongate, narrow, unbranched intermediate appendages. It differs in that the setae of the intermediate appendage in A. sanctipauli   are few, short, and terminal, rather than elongate and located along the apicolateral margin. Alterosa sanctipauli   also differs from A. intervales   in the shape of the apex of tergum X and absence of paired, spined longitudinal ridges found on the same structure. 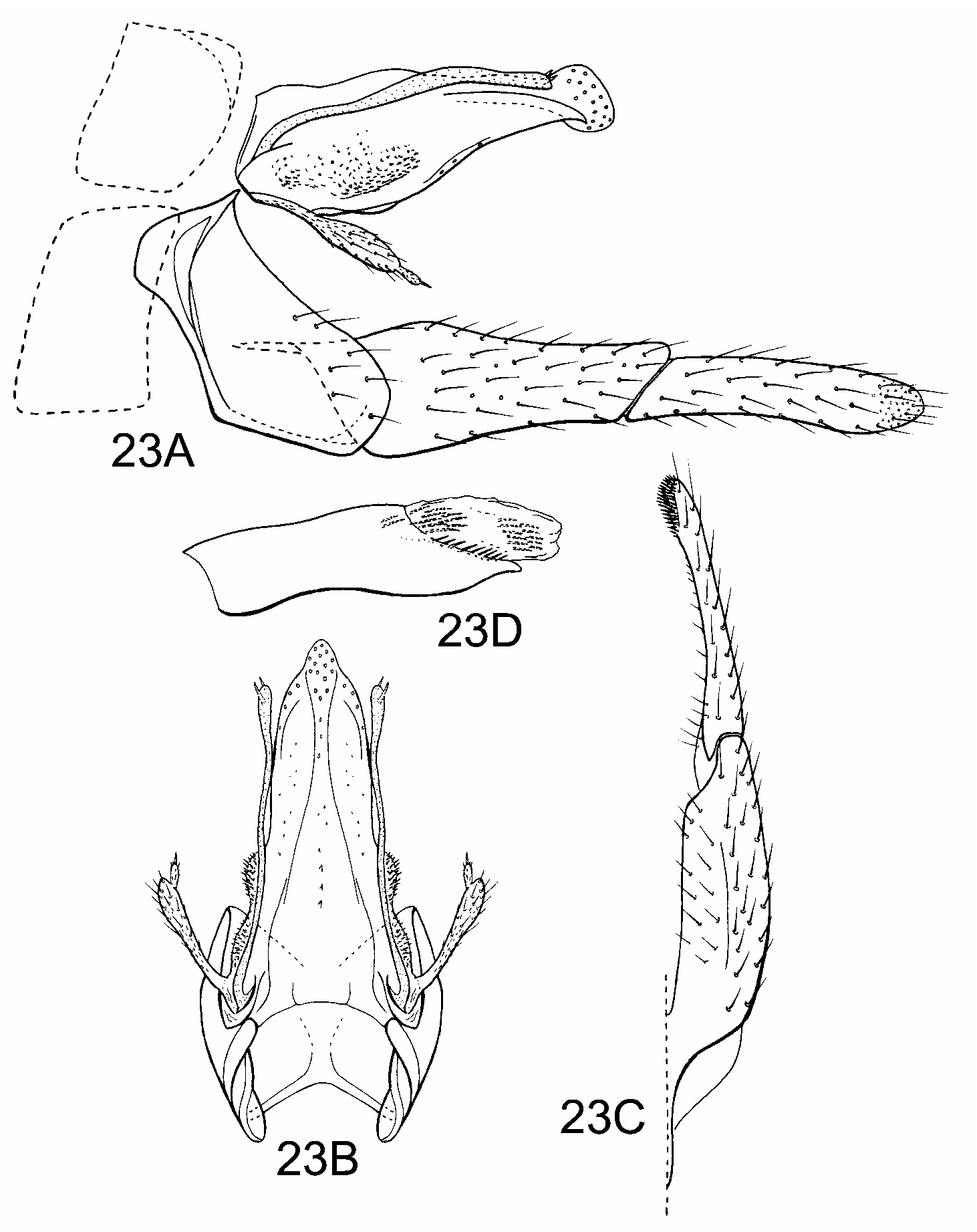