This species is very similar to A. guapimirim and, as discussed previously, it is possible that the two may eventually prove to be not specifically distinct. It resembles that species in having an inferior appendage with a very short 2nd article, tergum X with a large, inflated apex and a basolateral margin that is peculiarly cupped. Additionally, the apices of the preanal appendages of both species are unusual in being concavely cupped, each bearing a thick spine­like seta. The two species differ primarily in the structure of the intermediate appendage, which is apically rounded and setose in A. guapimirim and concave and armed much like the preanal appendage in A. orgaosensis . Another difference is that tergum X is more distinctly dome­shaped in A. orgaosensis .

Etymology. This species is named orgaosensis after the mountain range and park, 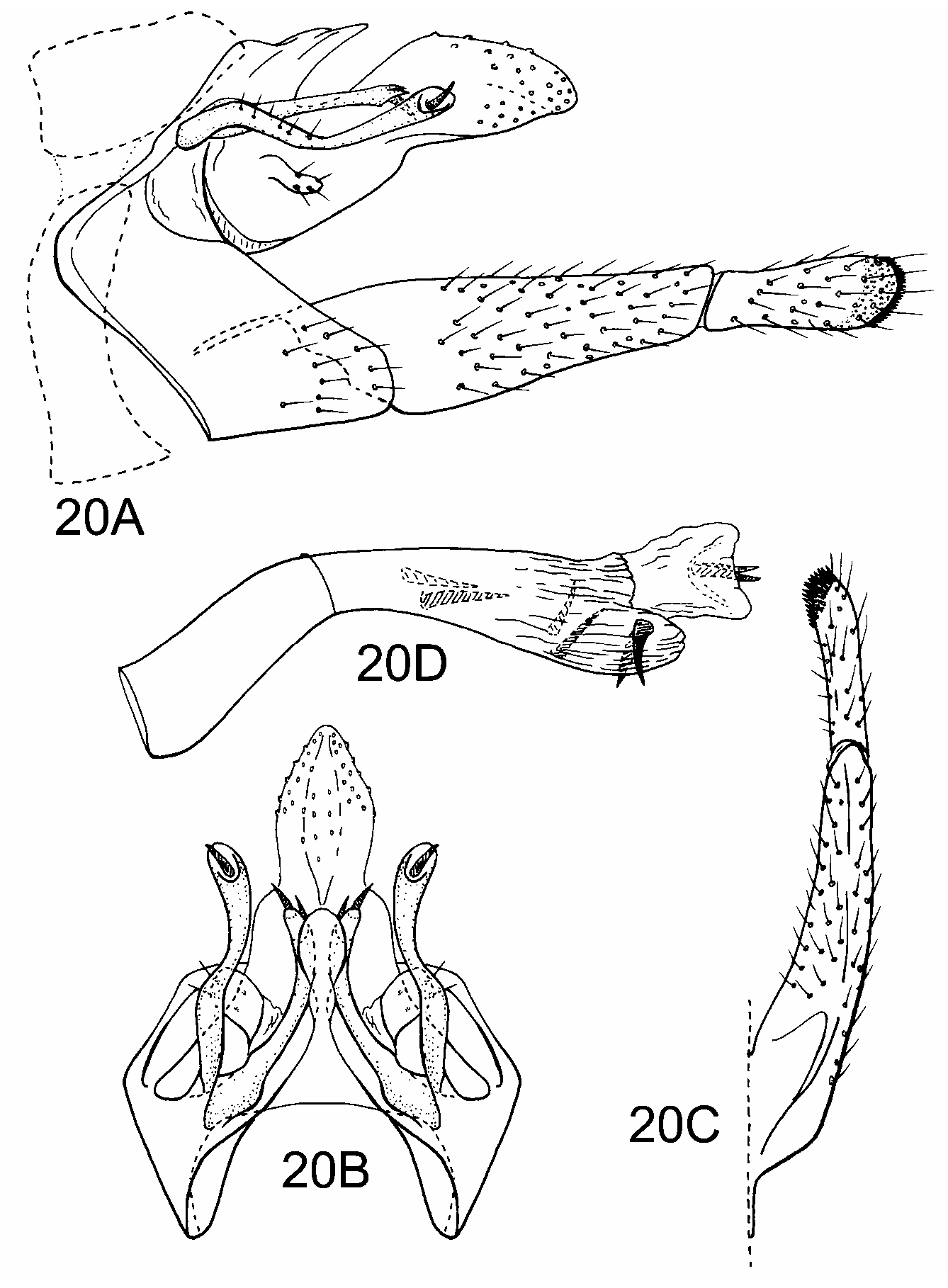