This species is similar to Alterosa escova   , A. flinti   , A. fluminensis   , and A. marinonii   , all of which have similarly developed inferior appendages and highly modified and enlarged preanal appendages armed with spine­like setae. From all except A. flinti   (with which it occurs sympatrically), it differs in possessing elongate, apically setose lateral branches from the intermediate appendages. It differs from A. flinti   primarily in the shape of the preanal appendage, which in A. sanctaeteresae   is more elongate and bears a mesal pad­like process with short spines and a short apical process with spine­like setae.

Etymology. This species is named sanctaeteresae   after Santa Teresa, a municipality near the collection locality of the holotype specimen. 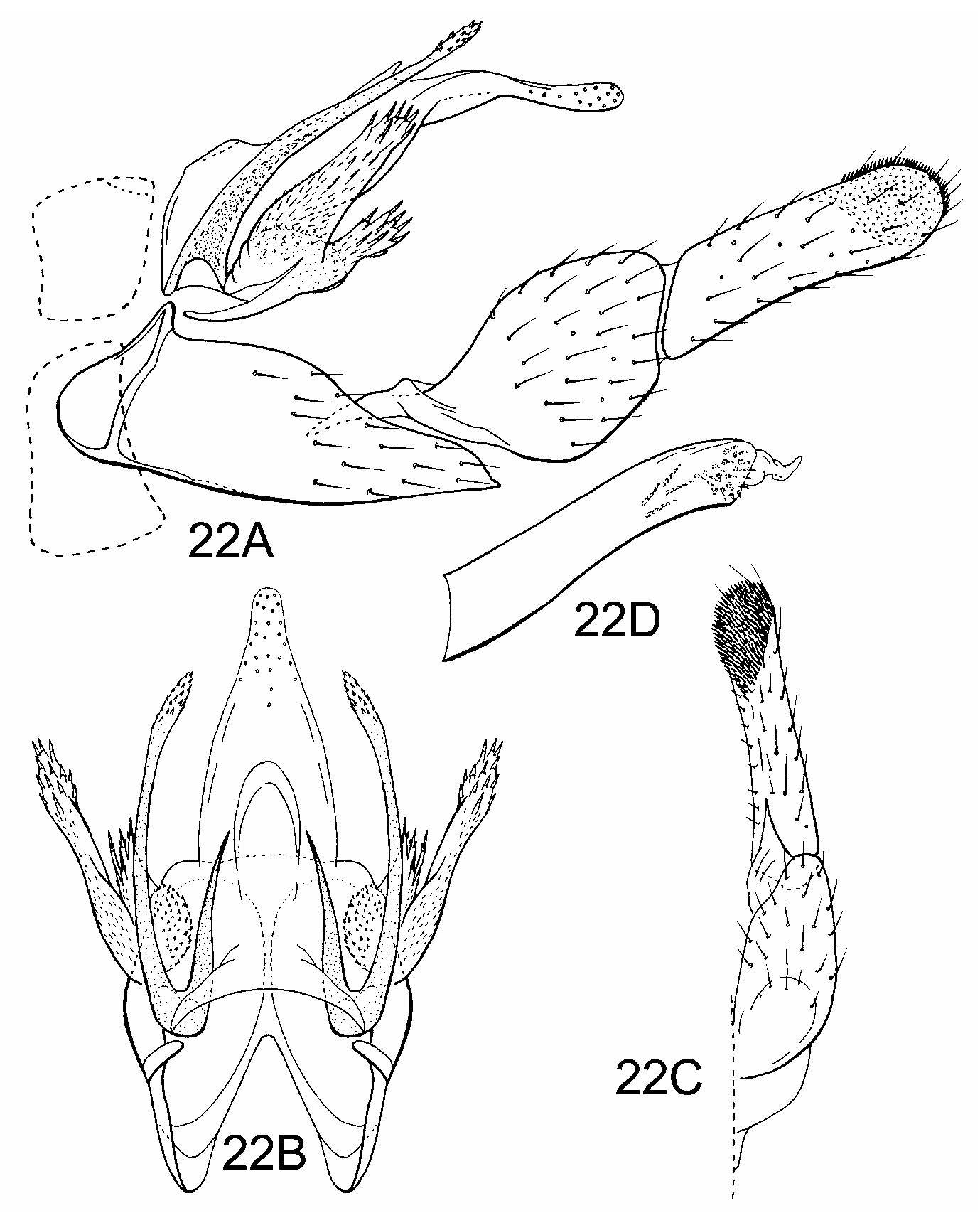