This species is easily diagnosed by the spine­like setae on the apex of tergum X and the structure of the intermediate appendages, which are branched basally and heavily armed with coarse setae. The absence of endothecal spines in the phallus is also a useful diagnostic character; similar only to Alterosa holzenthali   .

Etymology. This species is named caparaonensis   for Parque Nacional do Caparaó, the beautiful park where the holotype specimen was collected. 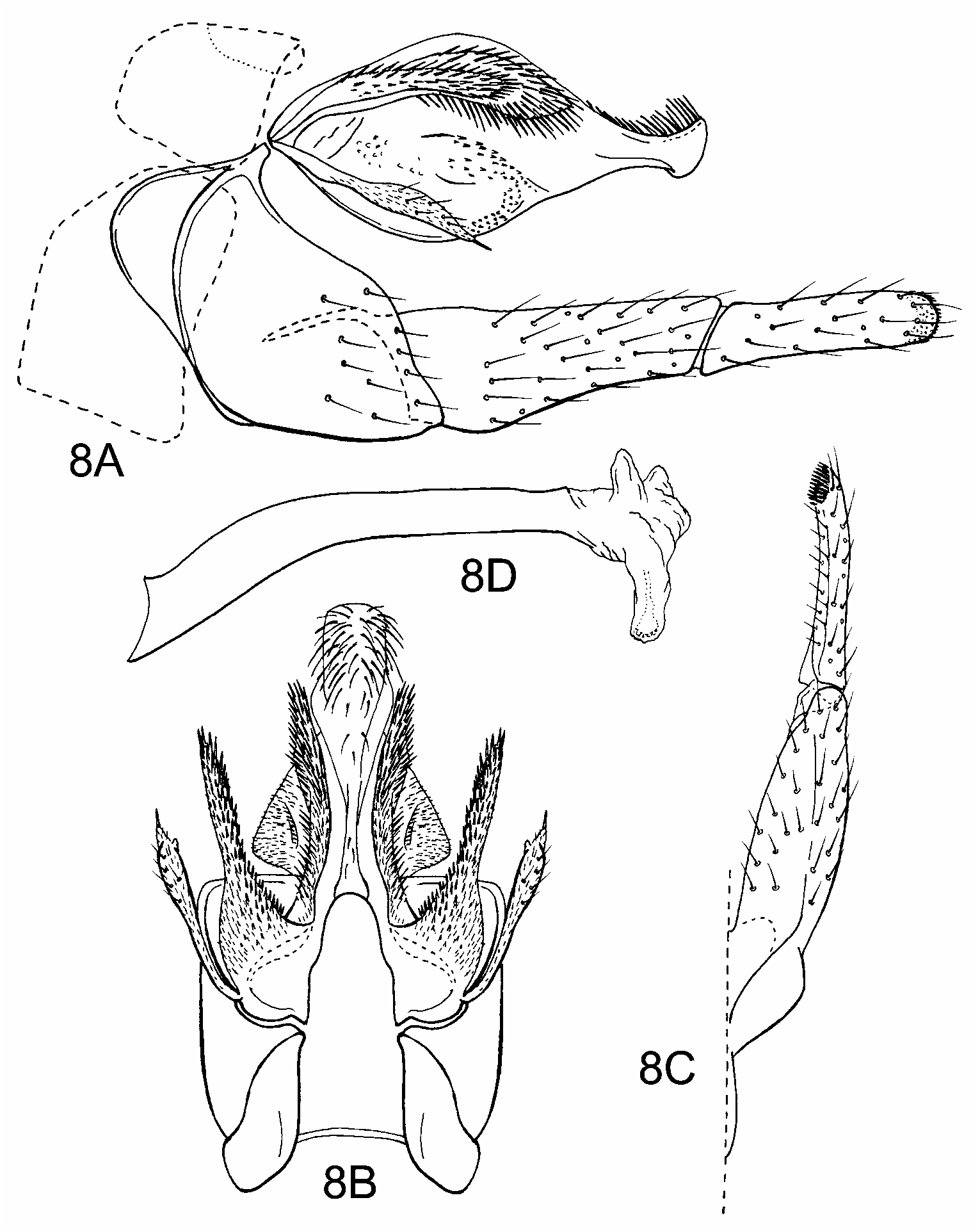