The species was described from the Philippines ( “Luzon”) and is very similar to the Meta-Himalayan C. lunata . Moreover, the translucent nature of plants and pale coloration may suggest the presence of blue oil bodies in living cells. Whether the difference in distribution is associated with the gap in genetics is not known. Currently, only the geographic concept may demonstrate the species status of the taxon.

There are two original specimens of the species in G. Both represent the parts of one original specimen (one was probably scheduled to be preserved in the Stephani herbarium, and the other should be returned to the collector) of which we prefer to select G00061102 as the lectotype because the second one (G00061101) has no original label (and is probable a duplicate).

The description from the lectotype is as follows: plants pale brownish (perhaps were bluish green when fresh), glistening and translucent, 1.5-2.0 mm wide; stem 180-230 µm wide, branching not seen; rhizoids common to numerous in brownish, loose, obliquely spreading fascicles; leaves contiguous or overlapping to 1/2 of leaf width, obliquely inserted and oriented, slightly convex, with apex commonly turned to ventral side, not decurrent, 800-1000 × 800-1000 µm, widely triangular-ovate, shortly bifid at the apex; underleaves obliquely spreading, decurrent for 1/3-1/2 of stem width, 1.2-2.2 as wide as stem, mostly bisbifid or with lateral tooth on one or on both sides, rarely bifid; cells in the midleaf 30-40 × 25-35 µm; nearly thin-walled, trigones small, cuticle nearly smooth in the leaf middle to very finely verruculose near leaf apices. 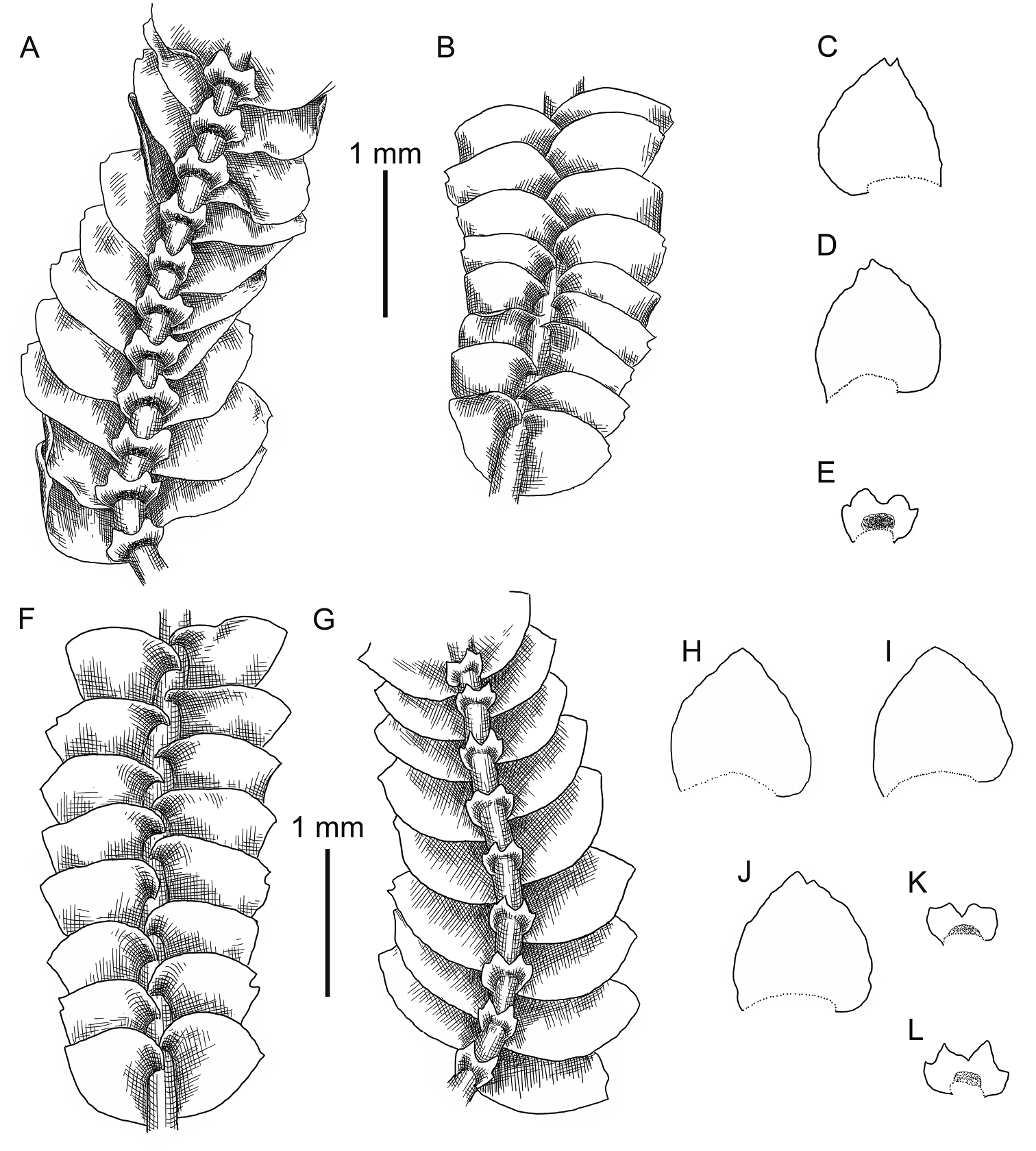 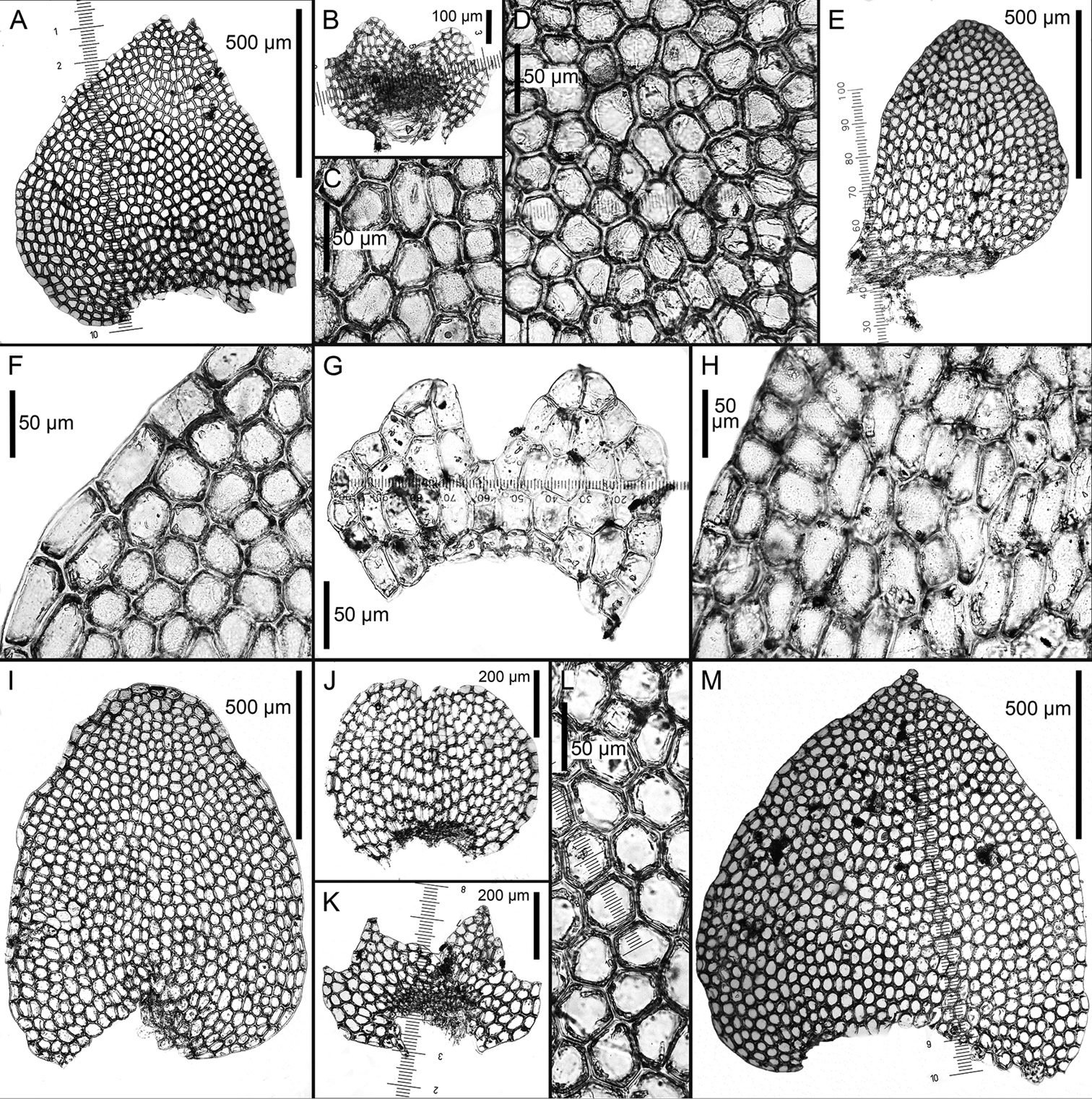