Skin thick, uniformly covered with short, bifid, spinulose scales; no separate wart-like patches of skin; no obvious dermal flap present on mid-arm of pectoral-fin; dermal flaps absent from body. Body scales close-set, distributed over entire body and widely over fins; spinules on body not arranged in defined rows, more or less equidistant from each other; scale bases embedded, not within raised mound of thickened skin. Spinules short, well exposed, bifurcating above skin, apical spines diverging slightly (spines of each spinule subequal to or slightly longer than the distance between their tips), not connected distally by integument; erect on upper surface and tail, mainly directed posteroventrally; those on belly not significantly smaller than those above, semi-erect; scale bases stellate, variable in shape, with strongly irregular margins, their width usually greatly exceeding spinule length; scale base extremities usually blunt; spinules arising from near middle of scale base. Entire surfaces of both dorsal fins (including membranes) and upper surface of pectoral fin covered with spinulose scales; similar spinules in rows along fin rays of other fins. Illicium base spinulose, main stem naked; covering of skin thin. Scales of acoustico-lateralis system bicuspid, well demarcated from main spinules; anterior spine apices overlain with broad, flattened, lobe-like integument; scales widely separated and arranged in indistinct rows; most pronounced around mouth.

Coloration. In life: Uniformly pale pink (fading to white in preservative), no evidence of spots or other markings in types.

Remarks. Known from only two specimens collected off southeastern Victoria. The geographic and depth ranges for this species overlap with other handfishes in an area that has been subjected to substantial commercial fishing and research surveys ( Smith & Wayte, 2002). The lack of material collected possibly reflects a scarce and patchy distribution, rather than biases due to sampling methods. While nothing is known of the breeding ecology, or the preferred habitat of Pezichthys compressus   , it is likely that the prolonged trawl and dredge effort in this area has impacted on the distribution and abundance of this species. 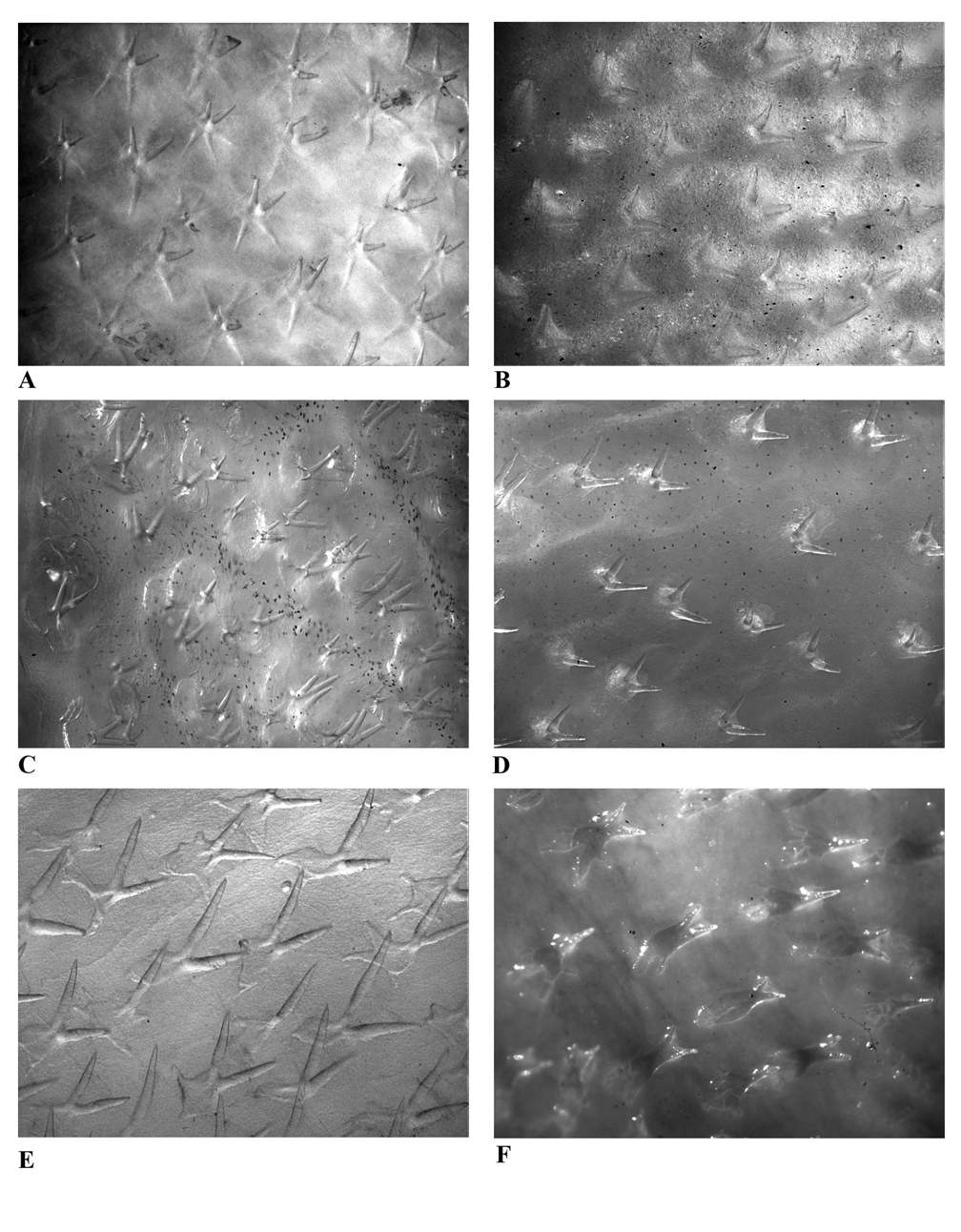