Habitat and threats. Mãe Diná cave is the only known habitat of X. ceci  n. sp. until the present. This cave presents a single entrance associated with an extremely altered landscape. Although many forest fragments occur in the area, they are mainly associated with the limestone outcrops ( Fig. 11AView FIGURE 11). However, Mãe Diná cave entrance is not located in a typical outcrop in the region, but in a small limestone outcrop associated with a slope of a valley mainly covered by pasture ( Fig. 11BView FIGURE 11). After entering the cave, a conduit leads to a chamber located in the innermost part. From this chamber onwards, several small conduits irradiate in distinct directions, given the cave a labyrinthine aspect. One of those conduits is trespassed by an intermittent small drainage that form ponds in some areas, with the biggest one associated with the main chamber ( Fig. 11CView FIGURE 11). Specimens of X. ceci  n. sp. were only found in this previously mentioned biggest pond. Despite the fact that this pond is connected to other smaller ponds occurring on the conduit that leads to the cave entrance ( Fig.11D, EView FIGURE 11), no specimens were found in any other area of the cave, in both visits. The stream leaves the cave through the entrance, and since it constitutes an autogenic drainage (formed by percolating water), there were no signs of strong floods inside the cave.

Some conduits of the cave present clear signs of digging, probably caused by extraction of saltpeter, which was a common activity in Brazil in the 19 th century. However, although the external landscape is severely altered by human activities in the present, the cave itself is currently well preserved and no signs of modern human presence was observed. It is important to highlight that the severe habitat changes in the external landscape surrounding the cave represents a concern both by the risks of making the cave drier and the risks of reducing organic supply. 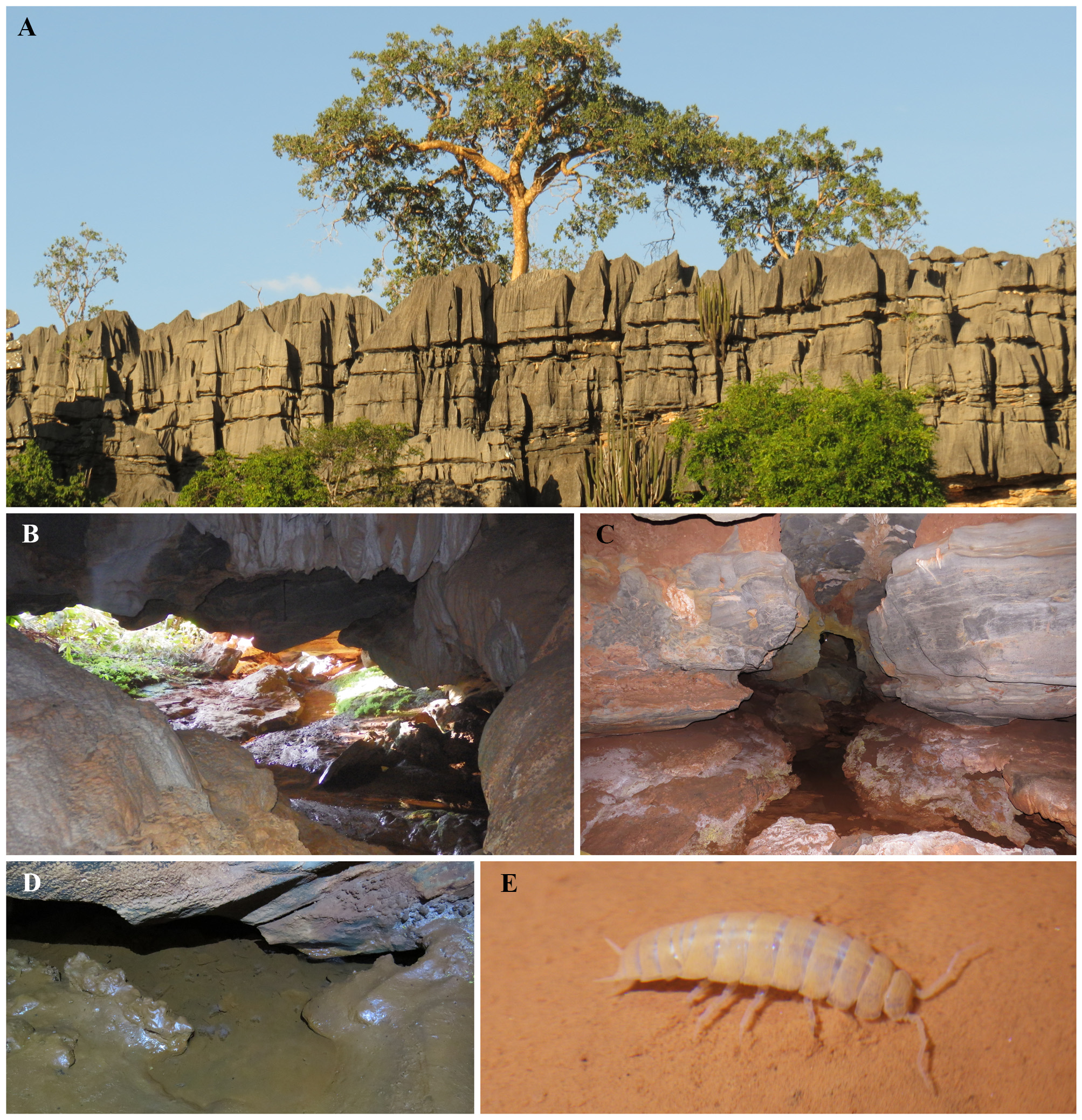