Etymology. The specific epithet refers to the city of the type-locality (São José III cave), which is located in the municipality of Ibiracatu.

Remarks. Xangoniscus ibiracatuensis  n. sp. resembles X. ceci  n. sp. in the pattern of modifications on pereopods 5 and 6, but are distinguished by the number of aesthetascs on antennula (three versus four or five in X. ceci  n. sp.), the number of articles on flagellum of antenna (four versus six in X. ceci  n. sp.), and the shape of male pleopod 1 exopod. The shape of male pleopod 3 exopod with concave distal margin is similar between these species, however in X. ibiracatuensis  n. sp. the distal margin is round and the lateral margin is less developed.

Habitat and threats. São José III cave is the only known habitat of X. ibiracatuensis  n. sp. until the present. This cave is part of a set of three caves (closely located to each other: São José I, II and III) occurring in a karst valley in the municipality of Ibiracatu ( Fig. 11AView FIGURE 11). Among the three caves, São José III cave is located in the uppermost portion of the intermittent drainage, which penetrates the cave through a secondary entrance ( Fig. 11BView FIGURE 11), trespassing part of its main chamber, leaving the cave through its main entrance. The cave comprises a single voluminous chamber partially trespassed by two distinct intermittent drainages, one of them autogenic. There are visible signs that during strong rains a considerable part of this chamber is flooded (plant material deposits are widespread in different areas, Fig. 11CView FIGURE 11). Specimens of X. ibiracatuensis  n. sp. were only found within some travertine pools associated with a calcite flowstone connected to the cave ceiling, located in the inner portion of the cave chamber ( Fig. 11View FIGURE 11 C–E). Hence, such travertine can receive percolating water from the epikarst. During the dry seasons, it is likely that the travertine pools may be devoid of water, as occurs in many caves of the northeastern Minas Gerais state, especially considering the low amount of water inside the ponds. As observed for other species from this genus (e.g. X. itacarambiensis  ), the end of the rainy season seems to signalize to the isopods that they should migrate to epikarst spaces. They may survive in such habitats during dry periods until the next rainy season, when the travertine pools are filled, allowing them to descent to the macro cave searching for additional food items. However, this is speculative, deserving further research on this species behavior ( Silva et al. 2018). Although the other two closely related caves (São José I and II caves) also present travertine pools, they were devoid of water and no specimens of Xangoniscus  were found.

The external area surrounding those caves is quite preserved ( Fig. 11AView FIGURE 11). Human visitors may enter the caves, but given the relatively difficult access to the karst valley, such tourism seems to be sporadic. Hence, the species seems not to be currently threatened, although this issue also deserves further research. 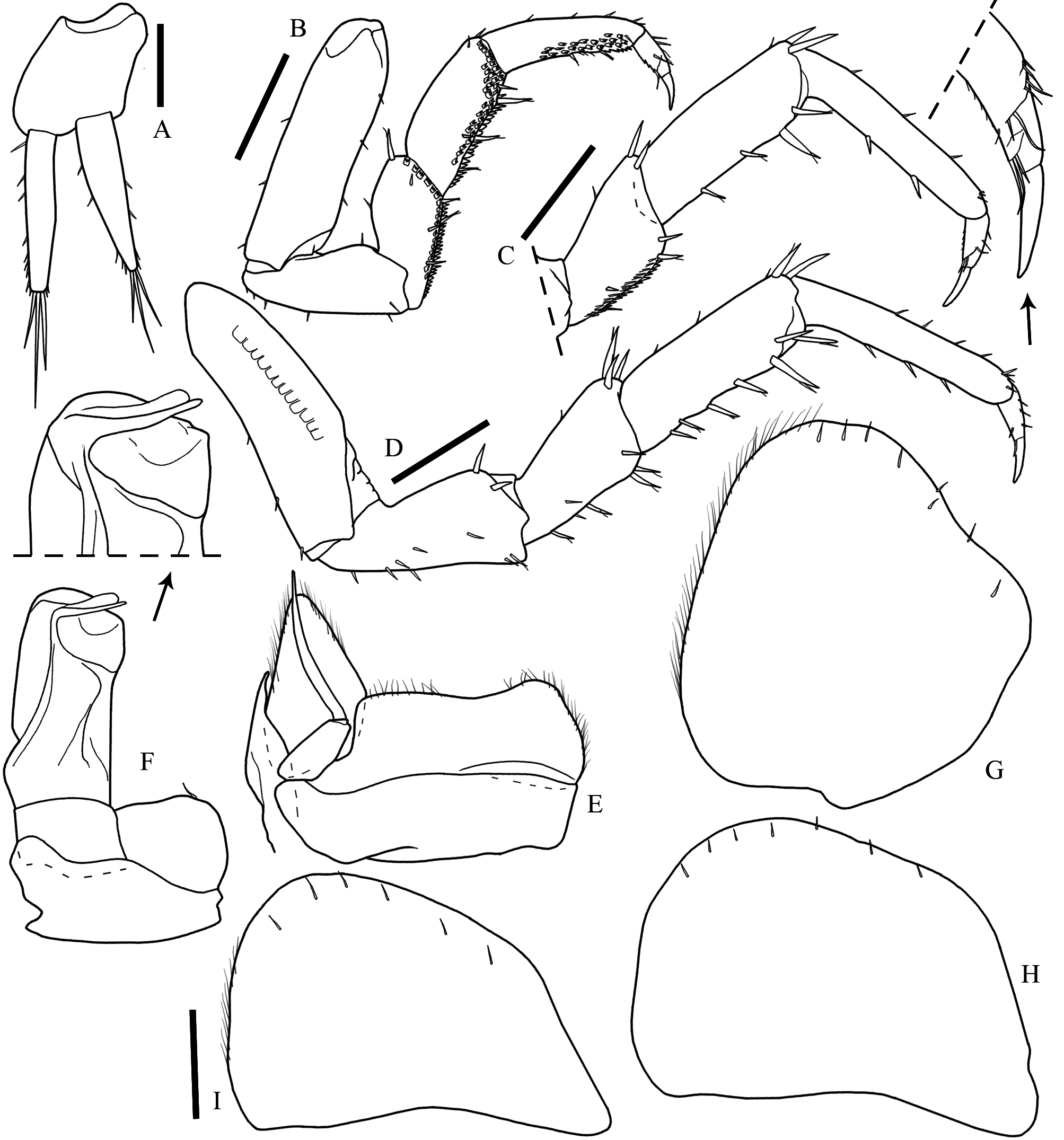