Diagnosis. This species differs from E. bicolor  , E. bicolorellus  , E. brindabellae  , E. dorrigo  , E. limitaris  , E. minutus, E. protibialis  , and E. tasmaniae  in having a longer and narrower metanepisternum, less sharply acute scutellar shield, an internal eye notch and hind wings. It differs from E. nebulosus  and E. tropicus  in having a more elongate and narrow body (more than 1.9 times as long as wide; elytra together more than 1.57 times as long as wide) and the apical maxillary palpomere widened and obliquely truncate apically, and from E. lorien  in having the head red, the apical maxillary palpomere less than 1.6 times as long as wide and less strongly, obliquely expanded apically, and the third antennomere much shorter than the fourth.

Biology. All specimens were collected in flight intercept window/trough traps.

Etymology. Derived from the Latin similis  , like or resembling, referring to the similarities to E. lorien  .

Note. The differences between this species and E. lorien  are relatively minor ones, and it is possible that the two forms represent northern and southern populations of a single widely distributed species, comparable, perhaps, to E. stewarti (Broun)  in New Zealand. 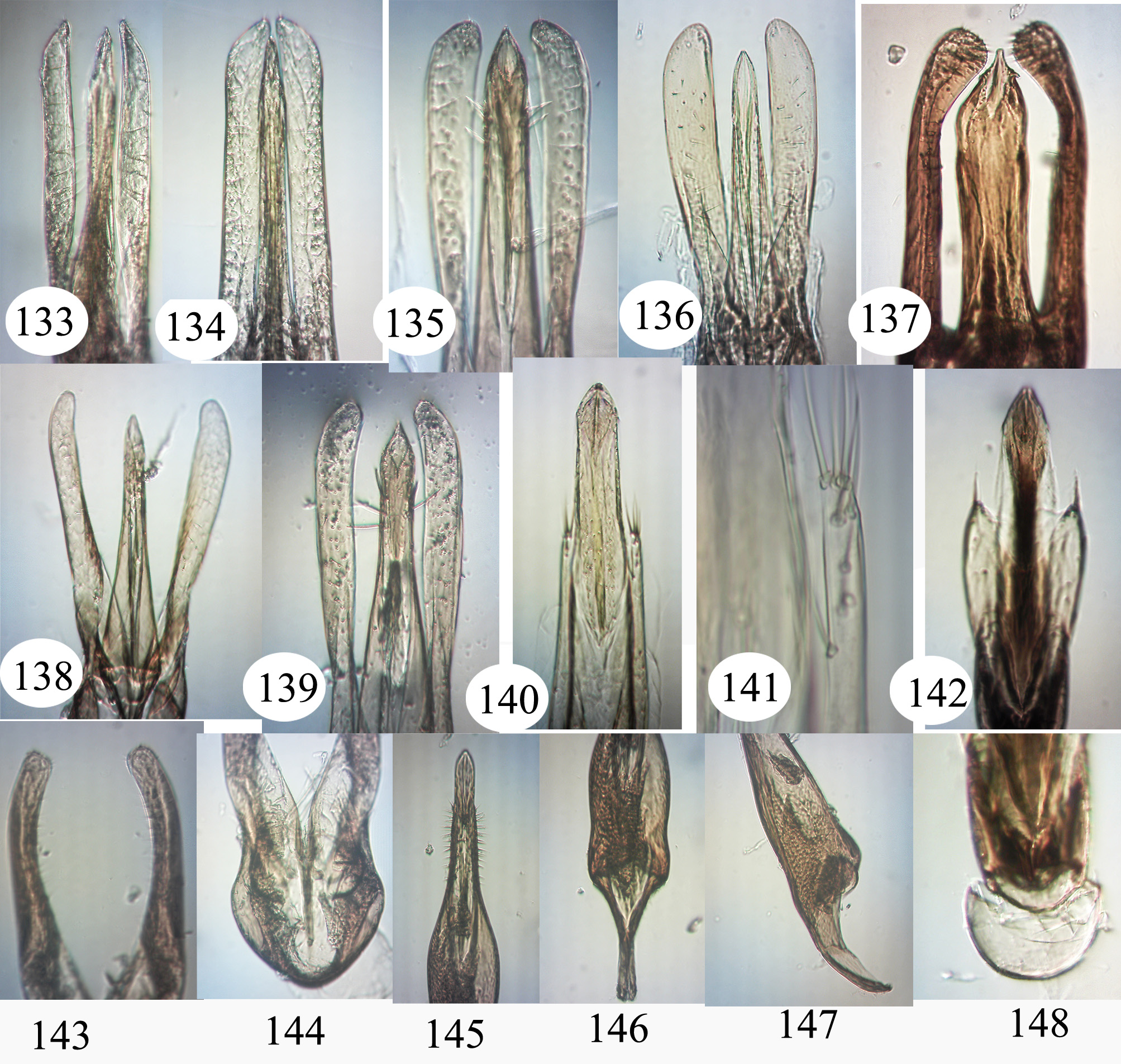