Diagnosis. Belonging to a group of four species of Pteroptyx   s. str. in which T8 has elongate lobes beside the median posterior emargination ( Figs 208–220 View FIGURES 208–220 ); distinguished from asymmetria   by the symmetrical T8 (that of asymmetria   is asymmetrical), from bearni   and decolor   by the deep emargination of T7 ( Figs 212–215 View FIGURES 208–220 ; that of tener   is slightly emarginate and the posterior margin of T7 sinuate; superficially similar to P. decolor   which is not well characterised in collections, differing in the dorsal colour pattern ( P. decolor   is entirely pale coloured dorsally).

Ohba and Wong’s (2004) characterisation of this species is confusing. They describe the antenna with “13 thin flagellums” (the antennae are composed of scape, pedicel and 9 flagellar segments); the male light organs as occurring on the 4 th 5 th and 6 th abdominal segments (they occur on V6 and 7 only); the female legs as the same as the males (only the male has the MFC). There is a suggestion of a possible copulation clamp e.g. (page 17) “male inserted its apex of elytra that is bent inside (LB = deflexed portion) under the female elytra and lifted the abdominal segment of the female with the hook of the elytra” (LB—the deflexed elytral apices press down on the top of the female abdomen; it is the MPP of V7 that presses upwards); (page 18) “The hook of the elytra of the male has the function to clamp securely onto the female abdominal segments when copulating with the female” (LB—the deflexed elytra apex is only part of the copulation clamp). Ohba and Wong (2012) incorrectly indicated that the morphology of this species and that of P. bearni   was very similar. 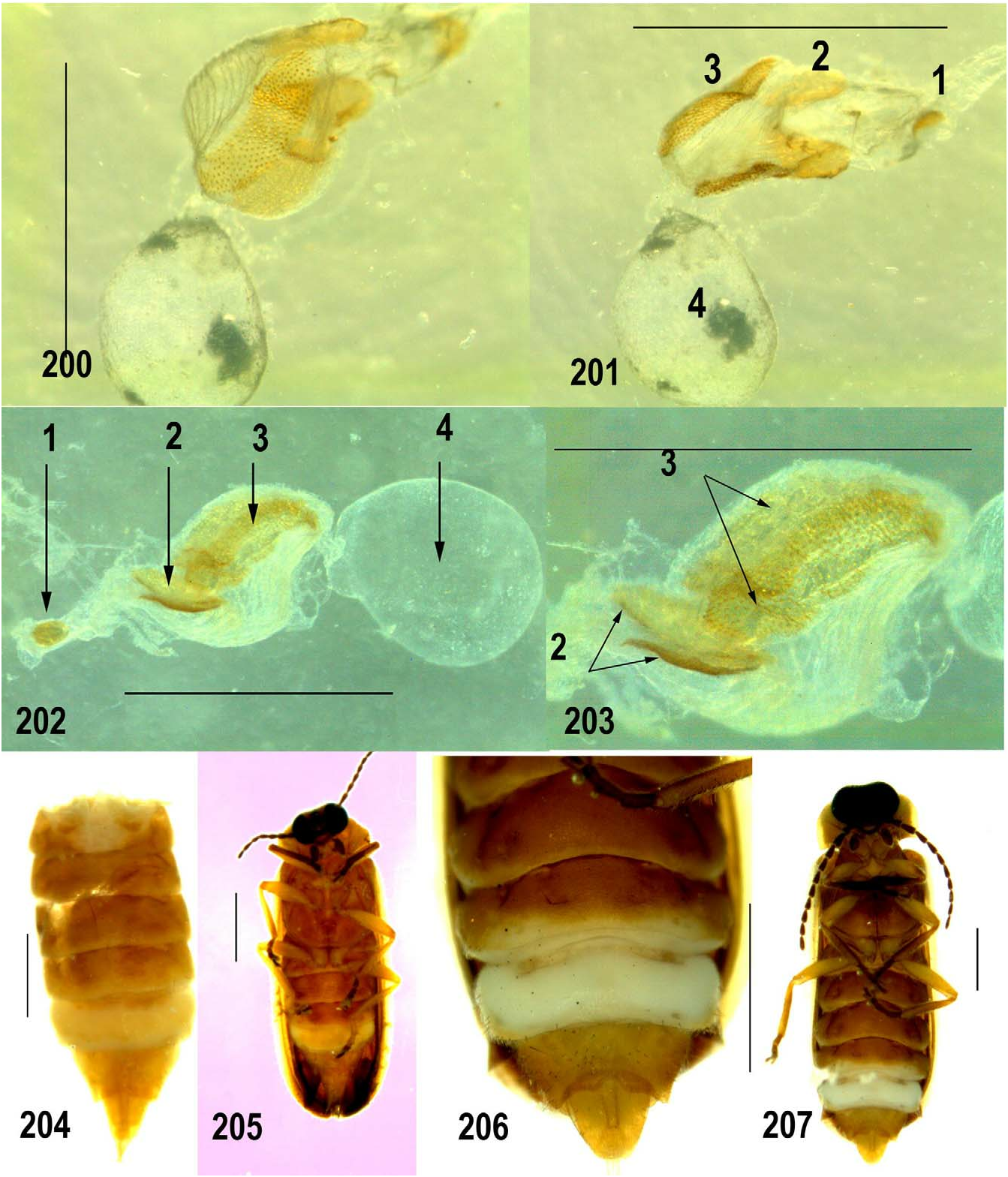