Diagnosis. This species is characterized by the light coloration of the abdomen, with only some dark markings at the lateral margins. The structure of the male pedipalp slightly resembles that in R. bellus  , but the tibia is longer, the proximal lobe of bulb very is short, the embolus is shorter, and the tibial apophysis is pointed., but the seminal ducts are short and broad.

Etymology. The specific name is Latin and refers to the abdominal pattern.

Distribution. Known from the Western Cape Province of South Africa. 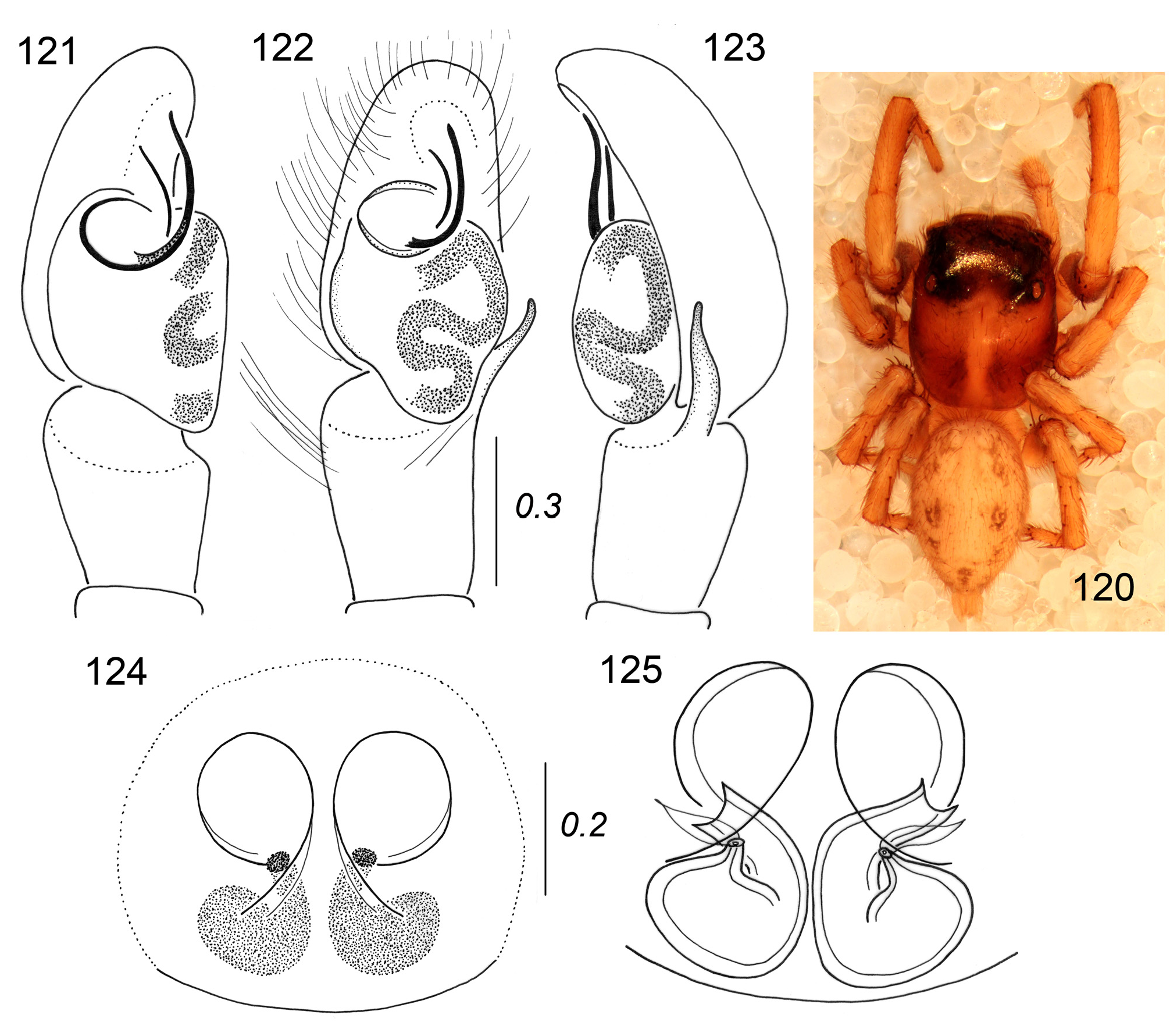