Diagnosis. The copulatory organs of this species are very similar to those of T. leighi ( Peckham & Peckham, 1903)  but the latter species is easily recognized by the characteristic coloration (Wesołowska 2012: fig. 53). T. alotama  is also related to T. aurantiaca (Simon, 1902)  and T. fidelis Wesołowska & Haddad, 2009  , but can be recognized by the shape of the retromarginal tooth of the chelicerae and the striped pattern of the abdomen. The female has longer seminal ducts than T. aurantiaca  and larger spermathecae than T. fidelis  (compare Fig. 175View FIGURES 170–175 herein with Fig. 183View FIGURES 176–183 herein and in Wesołowska & Haddad 2009: fig. 199). The male palp is very similar to those in both of these species and is difficult to distinguish, but the tibial apophysis has a serrated rim.

Etymology. The specific name is anagram of Amatola, the mountain range where the species occurs.

Distribution. Known from Pietermaritzburg and the Amatola Mountains in the Eastern Cape Province of South Africa. 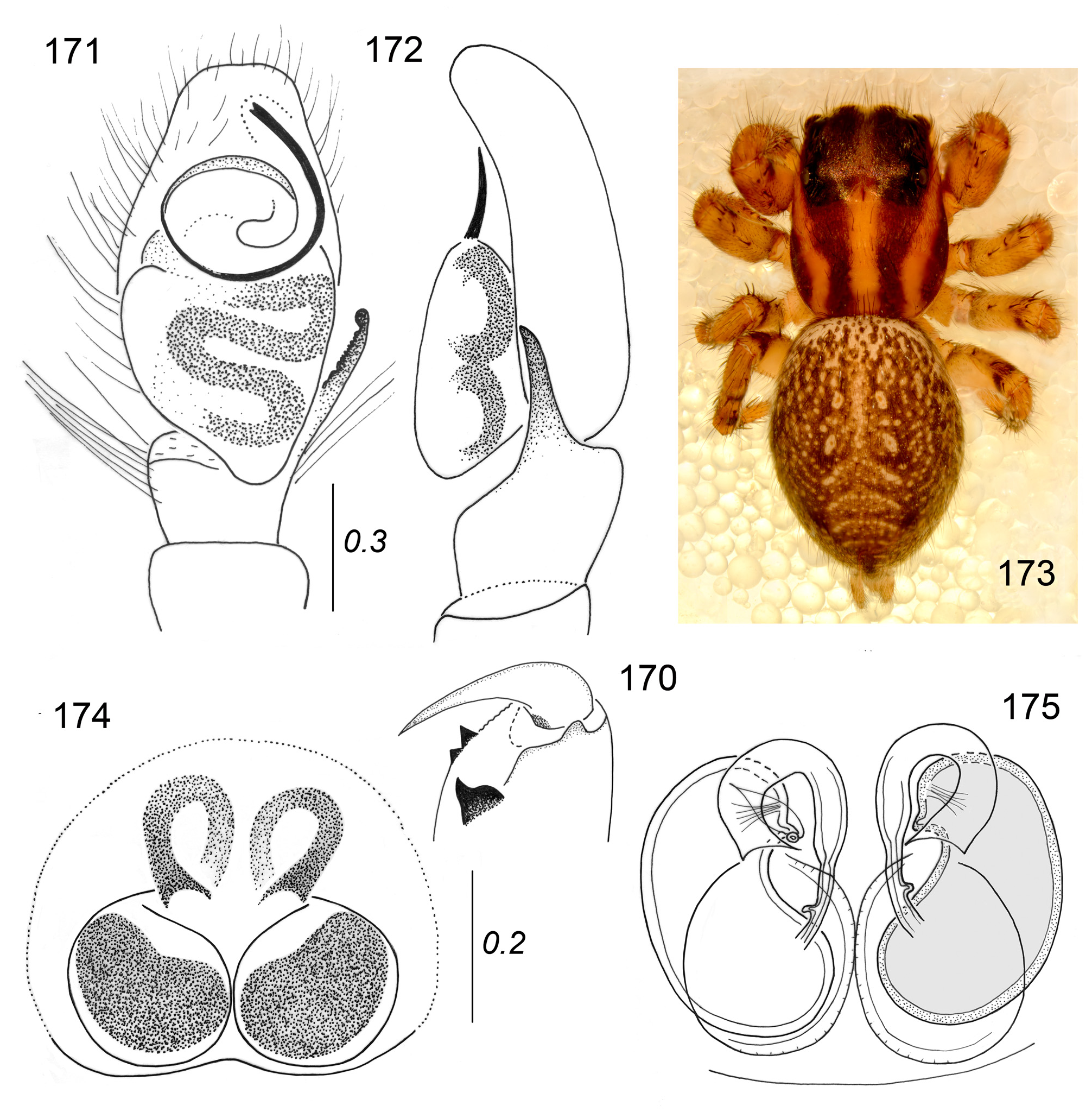 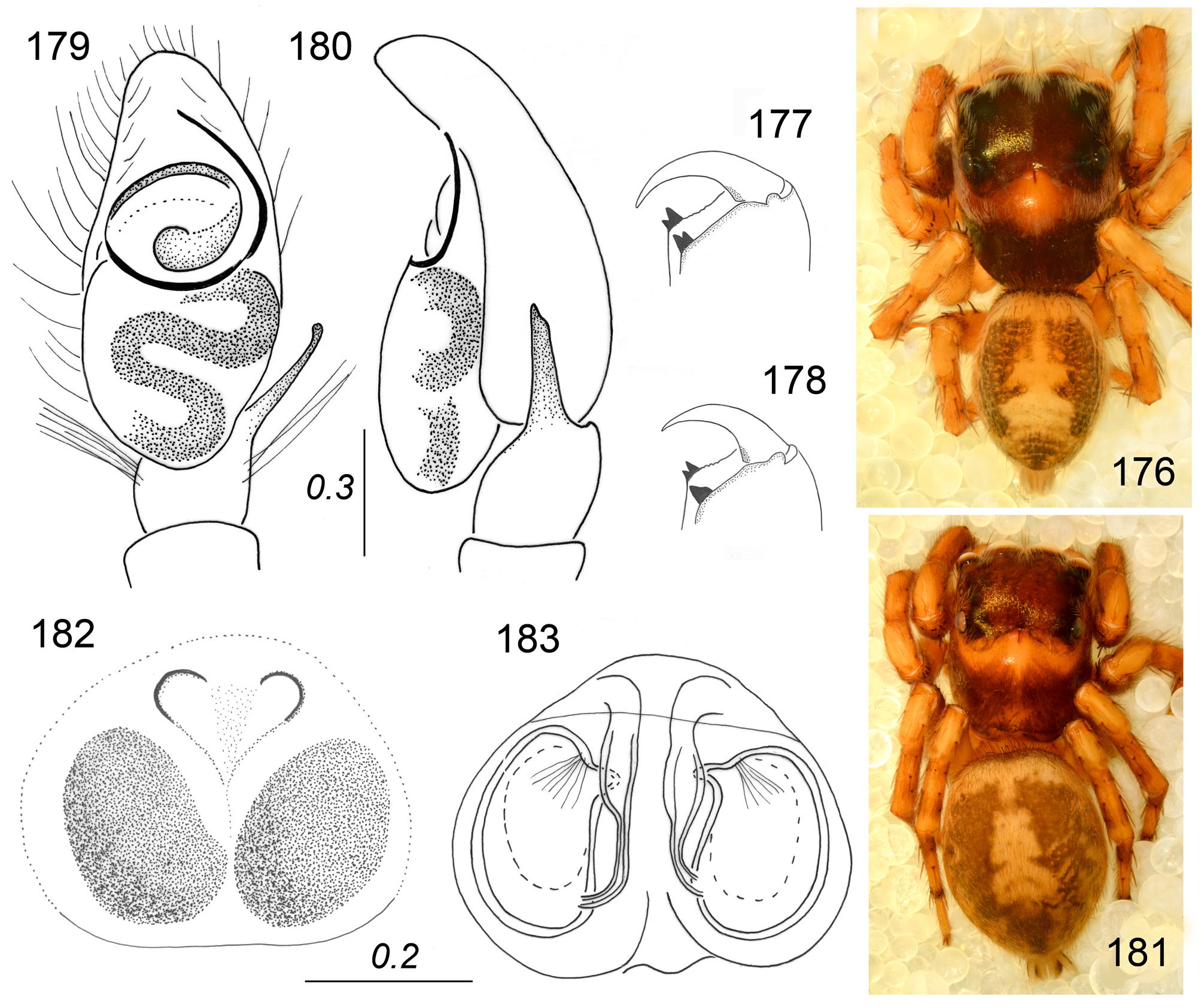