Diagnosis. The structure of the male pedipalp is very similar to that of some other Thyenula spp.  The male may be distinguished by the coloration of the abdomen (presence of a light transverse band in the posterior part) and by the light coloration of the basal palpal segments. The female is recognizable by the structure of the epigyne which has a unique narrow curved epigynal depressions and the longest spermathecae in the genus.

Etymology. The specific name is derived from the Latin for light and mark, referring to the presence of light bands on the abdomen of the male. 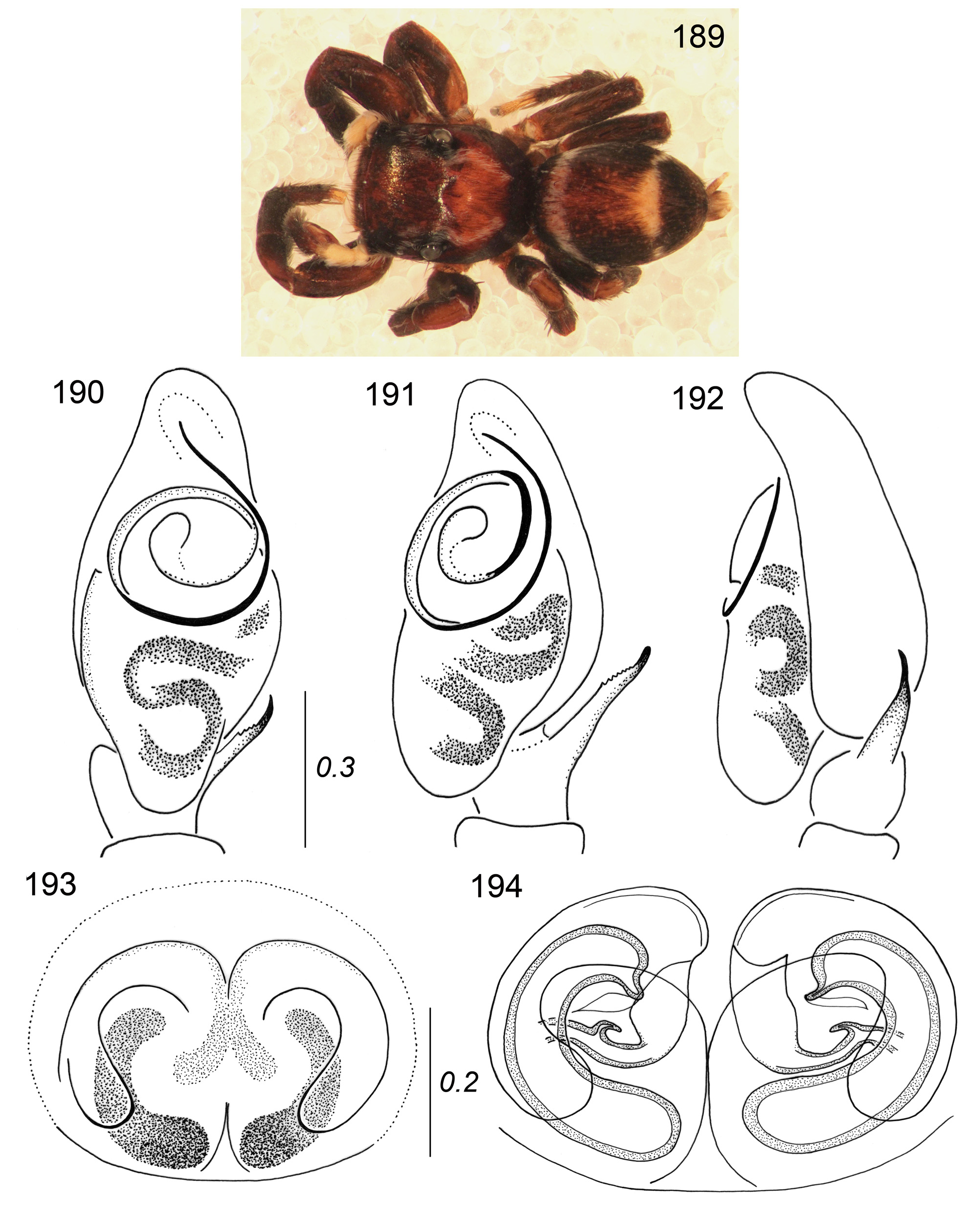