Diagnosis. The species resembles E. difficilis (Simon, 1868)  from the Mediterranean area but differs from it in the longer tibial apophysis and the shorter proximal lobe of the bulb. It is also similar to E. meridionalis  described below, but the male is larger. It may be recognized by the presence of the outgrowth on the ventral surface of the palpal tibia, the more elongated bulb and clearly longer embolus. The structure of the epigyne resembles that in E. gracilis  described below in having a knot in the distal parts of the seminal ducts, which are also longer in this species.

Etymology. The specific name is Latin, meaning sickle bearing and refers to the shape of embolus. 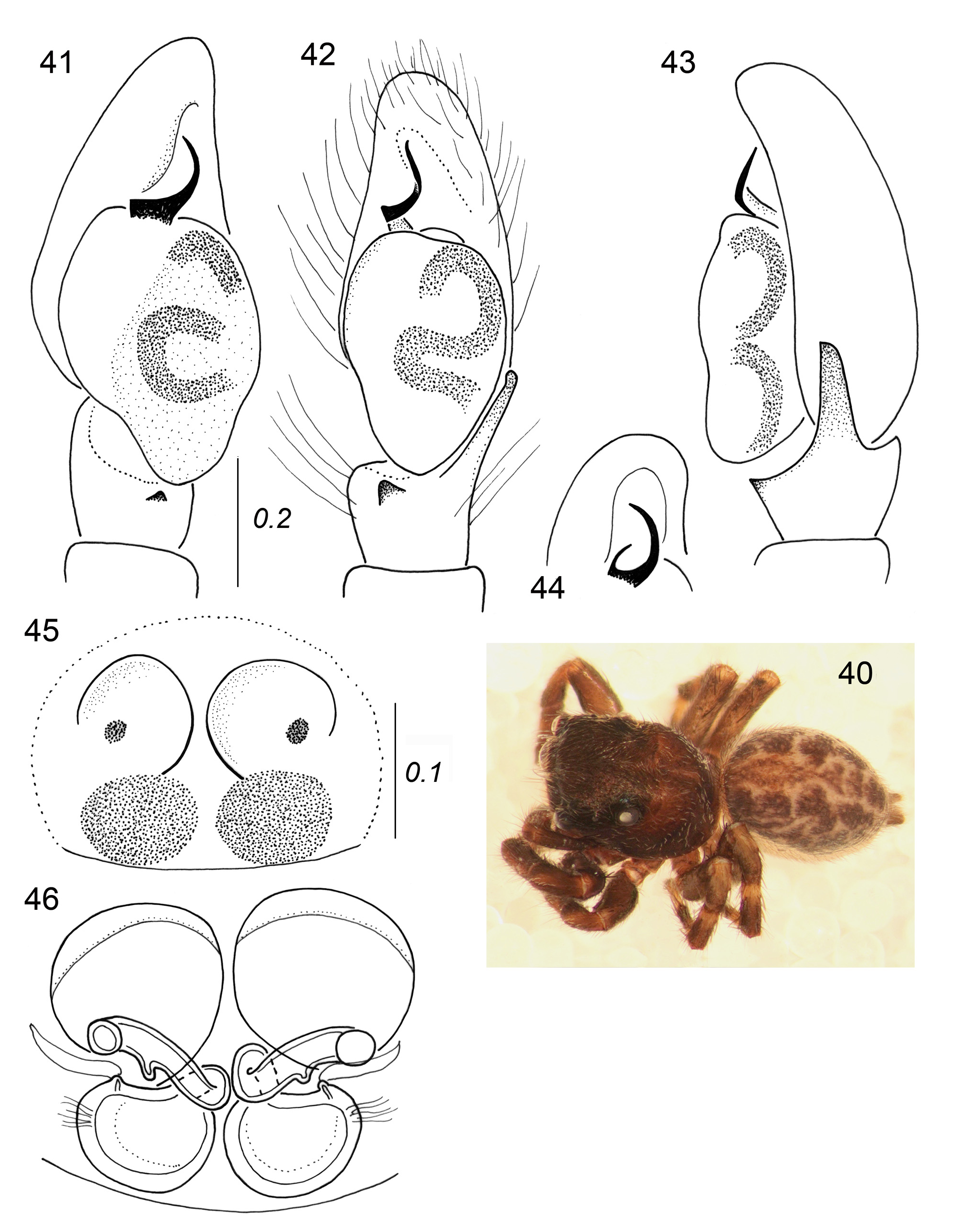