Diagnosis. The male is similar to E. griswoldi described above, but may be distinguished by the clearly shorter embolus without the end folded onto the cymbial dorsum and by the lack of a ventral process on the palpal tibia. The female is distinctive in having a unique form of the epigyne, with the longest seminal ducts in the genus, forming a triple coiled spiral.

Remarks. The male of this species is described here for the first time. 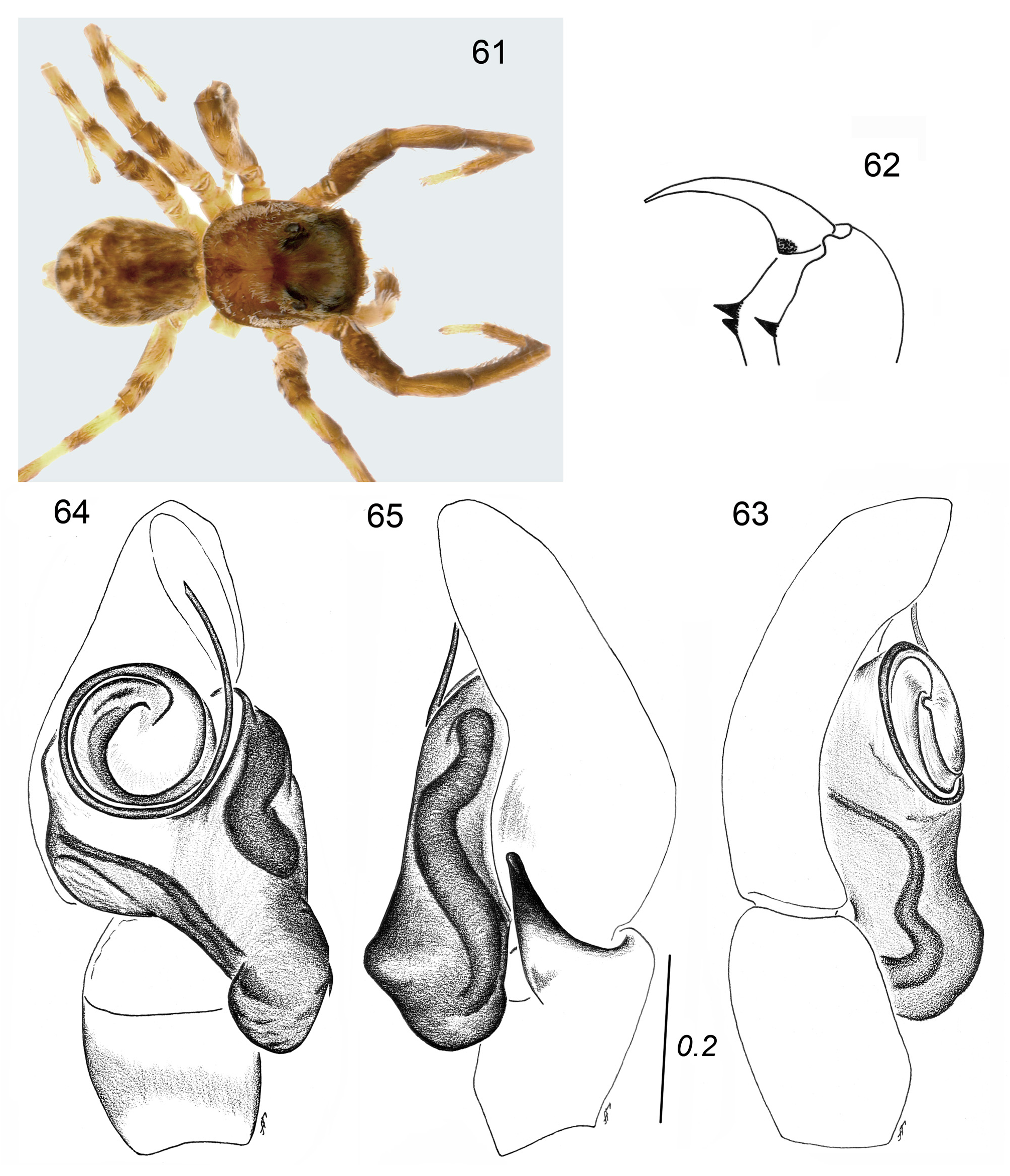